[VoxSpace Tech] What’s In Store For Gamers In 2019 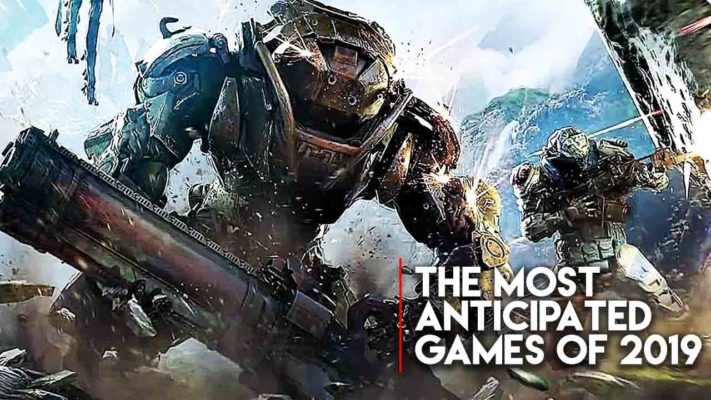 In the world of gaming, 2018 had a lot of content to keep people entertained. From big releases like God of War, Red Dead Redemption 2, Monster Hunter: World, Marvel’s Spiderman, and Assassin’s Creed: Odyssey, to small and surprising hits like Celeste, Gris, and Return of the Obra Dinn, there was something for everyone.

Nonetheless, the list of releases for 2019 seems to point towards a fully-packed year for gamers. It’s important to note that these are not the only big releases.

PS- There are a lot more than just this list, but some of them don’t have concrete release dates yet.

MMORPGs have come a long way since the 2000s, from static classes and limited customization to planetary romps around galaxies. One of the better subgenres that have come out are the looter shooter games, online service-based games that let you combine gunplay with exciting magical or Sci-Fi abilities.

Developed by Bioware and published by EA, Anthem takes place in an alternate version of our planet, where the player must battle incredible monsters to unlock the mystery of the Anthem, the power of creation wielded by the gods.

The game has concluded its latest demos and will release for players all over the world on February 22, 2019.

If you’re a fan of first-person shooter games like Bioshock, then you’ll fall in love with Atomic Heart. Created by Moscow-based developer, Mundfish, Atomic Heart is an IP that promises to deliver a lot of interesting worlds, monsters, and stories.

The game does not have a set release date yet, but it is scheduled to be out sometime in the last quarter of 2019.

Gears of War has been a staple franchise for Xbox fans, and the latest entry is shaping up to be one of the more promising games of the Gears of War universe. The usual heroes Marcus Fenix and HD join up with Kait Diaz as an aide.

If you’re looking to satisfy your craving to kill some aliens, save the world, and look good while doing it, Gears 5 might just be what you’re looking for.

There is no set release date for Gears 5, but it is scheduled to be sometime in 2019.

The Resident Evil franchise has cemented itself as one of the stalwarts of the ‘horror’ genre in gaming. Considering that the original Resident Evil 2 was highly praised for its gripping horror and great gameplay, the remake has a lot to live up to.

Fortunately, it seems the remake is filling its predecessor’s shoes quite well. Since the game launched on January 25, the game has received overwhelmingly positive reviews. If you’re looking for some great survival horror, pick up Resident Evil 2.

From Software is famous for making some ridiculously difficult games such as Demon Souls, Dark Souls, and Bloodborne. It looks as though they’re looking to continue the trend with Sekiro: Shadows Die Twice.

The game is set in medieval Japan and will feature the same extraordinary difficulty curve as their previous games. If you’re looking for a game to really give you a challenge, check out Sekiro. The game releases on 22nd of March, 2019.

Anime fighting games might be nothing new, but Jump Force promises to be something else entirely. Featuring a multitude of characters from the Shounen Jump universe, take the mantle of popular anime characters such as Naruto (Naruto), Goku (Dragon Ball Z), Luffy (One Piece), Ichigo (Bleach), Yusuke (Yu Yu Hakusho), Gon (Hunter x Hunter), Kira (Death Note), and more to uncover a mysterious story.

The Doom franchise has been an integral part of gaming culture and certainly pleased everyone in 2016 with a fantastic reboot and a kickass soundtrack by Mick Gordon. Id Software, the developers, seem to be right on track to recreating the success with Doom Eternal this year.

This time, the protagonist, known as the Doom Slayer (or Doomguy), is set to take the fight against the demons to Earth, where the planet has been overrun with monsters from hell. The sequel to the 2016 remake will feature more weapons, double the number of demons, and improved movement system as he shoots and slices his way through hordes of hell beasts.

Doom’s music composer, Mick Gordon, also raised expectations by putting out a video on YouTube asking for heavy metal singers to apply for his choir for the upcoming soundtrack.

Although there is no concrete release date for Doom Eternal, it is anticipated to hit the shelves in late 2019.

The recent fiasco with Fallout 76 might have dampened ardent fans of the franchise, but Obsidian Entertainment (the original developers) seem ready to excite the fans again with their latest game, The Outer Worlds.

Featuring the same quirky and interesting narrative as the Fallout series, The Outer Worlds is a sci-fi first-person shooter game set in space. If you’re a fan of the Fallout series, then this is one game that you should definitely have on your list.

Remedy Entertainment is most famous for its stellar action third-person shooter, Max Payne. They’ve come a long way since releasing the first Max Payne game, and are now ready with their latest IP, Control.

Control features Jesse Hayden, the new director of the mysterious Department of Control. Set in a world that exists between dimensions, Jesse must investigate a mysterious threat from within the bureau and regain control.

The soft reboot of Devil May Cry by Ninja Theory was a great game, but hardcore fans didn’t seem to like the new direction Devil May Cry was heading in. Listening to this, Capcom has announced a direct sequel to 2008’s Devil May Cry 4, with the fifth iteration.

Dante, Vergil, and their friends are teaming up this time for the sequel, in a brand new game engine with some refreshingly crisp graphics. If you’re a fan of the Devil May Cry games, this is one game that needs to be on your list.

These are just a few of the many games that gamers can look forward to in 2019. There are many more like Ghost of Tsushima, Starfield, Elder Scrolls VI, Watch Dogs 3, etc that haven’t had any official announcements yet. All in all, it seems to be an exciting time for gamers this year, with tonnes of content for them to sink their controllers into.