[VoxSpace Life] Lowering The Benchmarks : Why Do We Often Settle For Less In Relationships? 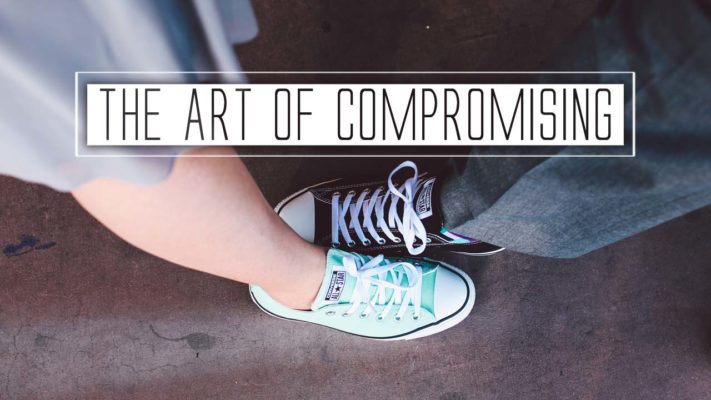 Less Is Not Exactly More

So the other day, I met a friend of mine after a long time. She’d come to India to spend her vacation. An NRI by residence, IT Engineer by profession, this friend was here to find suitors for her marriage. A reasonable ask, one would say, given that she wanted to settle down in India eventually, and was looking at marriage as the most viable option to take that decision. We got talking, and she confided in me the three things she was looking for in a potential suitor. To quote her,

At first look, it would seem to anyone that this woman was being super considerate, and sweet. She was accepting candidatures from men who had something to stand for. To give you the context here, she is a well-settled high earning beautiful IT professional who gives piano lessons to children in her free time. Of course, because she was accomplished on all fronts, she deserved the best. However, in her mind, she thought that in order to settle down, she needs to ‘settle down’. Or rather settle for less.

I wouldn’t really blame her for being considerate. We are all morally educated to be considerate and to adjust. We like people who are adjusting in nature despite our flaws because we think we too adjust with the flaws of others. And thus, a vicious circle is established. My lady friend also grew up with this moral education. We, or rather I speak on the behalf of my female companions specifically, that we need to adjust.

A high aiming woman always comes across as someone too ambitious. And in the highly patriarchal society that we live in, highly ambitious women are abhorred. She is hated and despised. On the contrary, she who is adjusting, and compromising in her wishes and wants is loved and cuddled.

What Makes Us Settle For Less

Oh, before I continue my rant on why we do what we do, the friend I introduced to you earlier never found the perfect suitor. After scouting for a month or two, she returned to US, content that she at least tried. In her mind, she gave a chance to herself and was happy for trying. It was a curious thing wouldn’t you say? She was ready to settle down for less, no? Then what went wrong? This is where it gets interesting.

Now in this scenario, a typical Indian parent would come to the girl and talk about ‘adjusting’, because to hell with getting what she wants. You see, she has to pick and choose, not select and live. My rant of course is, why? Why do you need to sit down and practically talk down to her, about how she should settle down? Imagine a similar situation with a man who would want to look out for women to marry. It is imperative in most cases that he wouldn’t be allowed to compromise on anything. He needs someone beautiful, smart and well to do.

One would argue that this ‘settle down phenomenon’ is only applicable when you must take a decision for marriage, which would be a life long decision, ideally speaking although not vouching. I feel that’s not where it ends. We pass down the culture of ‘settle for less’ to our women at quite a young age. She should be passive about her dreams and aspirations, but not active. Why? Well if she isn’t, who will marry her. Like my female friend from above, if she doesn’t bow down and accept, she won’t be happy. Perhaps I am wrong, but that is the most regressive thought you could probably propagate.

To Choose Or Not To Choose? That Is The Question

Now, this feeling of ‘settling down for less’ has become so relevant and prevalent to our times that even our relationships have been defined by it. We meet people in relationships, where we clearly see that the woman or the man, deserve someone else. They lie to themselves that they have found the perfect match. And then, of course, we have this grand concept that ‘every human is flawed’. People have construed it to get away with their inherent flaws, but my understanding of the phrase does not adhere to the common knowledge.

You see what it means is ‘every human is flawed in a general existential sense’. It shouldn’t imply that everyone is flawed with respect to you as an individual. People can be flawed, but is it not possible that their flawed beings are perfect for your flawed being. In that sense, your strengths, dreams and intellect need to be associated and paralleled with someone who reflects a similar thought process. While doing so, there never exists a concept of ‘settling for less’.

In an ideal world, a woman and a man need to be free to choose. That itself is the true reality of freedom. We ‘settle for less’ because we think that is what we deserve. The problem is we think that’s all we deserve. The reason could be, we undermine ourselves. We think of ourselves as mentally flawed or physically imperfect and in such estimation, we think the person who perhaps shows some interest in us, is the perfect being. We, therefore, ‘settle for less’. Of course, in time to come, we realize that we had indeed ‘settled for less’ and that thought becomes a brain worm which sits in the deepest darkest crevices of your mind. But hey we lie. We lie to be happy and we lie to lead a happy and fruitful relationship.