[VoxSpace Health] Vaccination Vs Autism : The Impact A Myth Can Cause 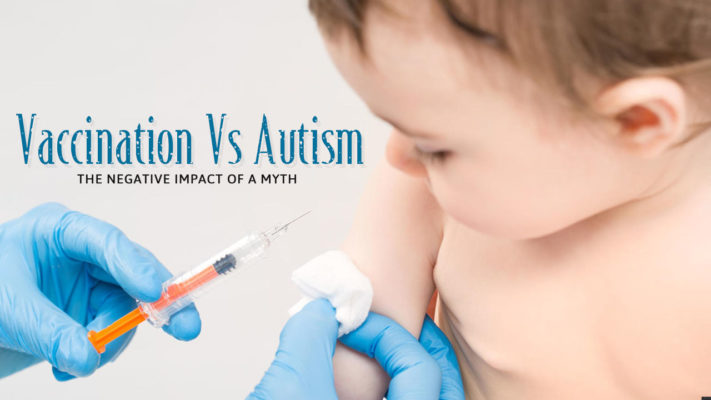 “Vaccination Causes Autism”- The Impact Of A Myth

Vaccination was nothing short of a miracle when it was first discovered in 1796. Being able to roam the world freely without worrying about catching a certain disease was astounding. But as diseases were eradicated due to people being vaccinated, and through herd immunity, being immune became common. Diseases like Smallpox and Polio were eradicated throughout multiple countries in the world. Measles was following the same trend and going down in history as one of those diseases that happened to people in the past.

As we grew we forgot just how much of a miracle vaccination really was. And now in the 21st century, we see the return of Measles due to the fact that parents have stopped vaccinating their children because of their own personal beliefs. The rise of Measles was at its record high in 2018, only due to the fact that parents have become hesitant to get their children vaccinated. This has caused the WHO to label Vaccine Hesitancy as one of the top 10 global threats in 2019.

There have been multiple outbreaks of Measles in different countries in the past years such as the U.S, Philippines, Israel, Ukraine, France, London and many more. A disease that was wiped out has come back in vengeance due to the fact that people are scared that vaccinations cause autism. The study published by Andrew Wakefield in 1998 was proven to be false by multiple sources over the course of the years. But, people still cling to this fraudulent piece of work and put not only their own child but other children at risk as well. This myth perpetuated by Wakefield has caused such huge damage in so many lives.

Lawmakers have seen the effect of this and have started making Vaccination compulsory in many places. For example, the U.S passed a bill to remove personal beliefs as an exception for people not getting their child vaccinated. There have been protests, but the health of a child comes takes precedence when compared to people being scared of vaccinations.

Rep. Paul Harris, who presented this bill to remove exceptions said: “You cannot find a peanut in one of my schools (because of concerns about allergies), but unvaccinated kids are walking around in my schools because of a personal exemption?” He  finished by saying, “I find it appalling.”

The parents who are anti vaccines are putting all the kids, who come in contact with the non-vaccinated child, in danger as there are cases where children can’t get vaccinated due to medical reasons, but instead rely on herd immunity to stay safe. Protesting against vaccination and spreading a false narrative that only causes harm to children is an unforgiving crime. Fear is not an excuse if it hurts the people around you.

In conclusion, I would like to say, you as parents have the right to decide some of the most major events in your child’s life, so please don’t let your children down when they need you.