[VoxSpace Life] How The Perception Towards Rap Has Changed In India 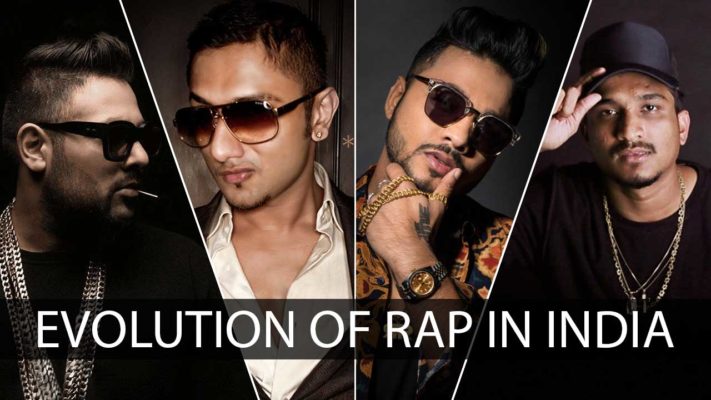 Over the years, the meaning and the definition of Rap has changed in India. Going back in time, somewhere around 2010-2011, it was an era when Rap culture wasn’t very popular in India. Most of the people, who followed world music, were exposed to various genres of music and knew about Rap and its style. But, a majority of them, who strictly followed Bollywood pop culture and were limited to Indian music didn’t know much about it. Although there were artists like Hard Kaur and Bohemia, who were pushing the genre in India, there wasn’t much of an impact.

And then, in 2011, came Yo Yo Honey Singh, who dropped his album ‘International Villager’, which became an instant hit. Songs like Dope Shope, Gabru and Brown Rang became the rage. The song Angreji Beat even went on to feature in a Bollywood movie (Cocktail).

Honey Singh had been working in the Punjab music industry for quite some time. But he was finally recognized with this album. He became the first mainstream Rapper Bollywood had. He introduced Rap in Bollywood, especially Hindi Rap, and became the go-to Rapper of Bollywood.

Honey Singh became an instant hit owing to the lack of awareness among people and proper representation of the art. His songs/raps were nothing but pieces of music describing women beautifully (Sarcasm Alert/Read objectifying women), glorifying alcohol consumption and making cheapness and sleaziness sound cool.

For a long period of time, everyone unaware of this art form, unfortunately, thought Honey Singh’s crass music was Rap. But what exactly is Rap?

If we go by the Wikipedia definition, ‘Rapping is a musical form of vocal delivery that incorporates rhyme, rhythmic speech, and street vernacular, which is performed or chanted in a variety of ways, usually over a backing beat or a musical accompaniment.’ To know the technical meaning and the detailed origins go to click here.

Rap originally became popular because of the rebellion/movement started by the African-Americans towards the oppression of their opinions, thoughts and freedom in America. Essentially, Rap is a form of art where you express your opinions and describe the hardships you face in your journey of life. Rap is surely not what ‘Sir’ Honey Singh did (and still does), it’s much more.

But again, as I said, there wasn’t anyone to show or educate the people about Rap. Of course, the people who knew about Rap from the work of foreign artists knew this was shit right from the beginning.

Honey Singh ruled Bollywood for many years. Every movie would at least have one Honey Singh song/Rap in it. He started featuring in literally every movie made between 2011- 2015. And he didn’t have to do much. It was the same template with a few changes here and there. Unfortunately for him, he fell ill and had to stop producing music. And then enter Dj Waley Babu, Badshah.

Badshah picked up exactly from where Honey Singh left. Although comparatively, he had better skills, he too followed the same template of Honey Singh. Because paisa zaroori hai na babu! I understand that money is important but he was happy doing the easy stuff and preferred not standing up for the actual art form. And hence, the same saga went on for some more time.

Along with Badshah, came Rappers like Lil Golu, Ikka and Raftaar. All of them were essentially doing the same thing with the exception of Raftaar. Their songs were and are popular. I agree that they produce some catchy and peppy songs which one can groove to; but, my only problem is that they are not the right people to represent Rap in India.

Two Sides Of The Same Coin

Raftaar started with independent music, where he actually respected the art and stayed true to it. His songs like Stand Up, Mother Nature, Aurat etc. were centred around serious issues. But unfortunately, people who were conditioned to the different aka Bollywood Rap culture didn’t support this kind of work. And hence Raftaar too turned towards commercial ‘Rap’.

In an interview with Scroll.in Raftaar says, “We are compelled to make such music because the market demands it, it’s simple. I sang Dhaakad in Dangal (2016), and nobody cared,” Raftaar said. “And to be honest, we also have to run our homes. Most of us ran away from school and college to devote our lives to this. We have families. We are not Atif Aslam who can belt a hit by singing anything. We have to make the best of what we have within certain limits.”

But along with doing commercial numbers, he produces authentic Rap like Mantoiyat, Allah Veh, etc.

One thing which I admire about Raftaar is that he is authentic. He did start with some bad Rap numbers to come to the limelight, but he has accepted that such work doesn’t represent his voice and that was an easy way to grab some eyes. This, I feel, is spoken with truth and honesty. He backs his statement by supporting young talent and helping them shine while staying true to the art form. He has been trying to push the underground Rap culture in Delhi by signing underground Rappers like Krsna, Deep Kalsi, Yunan etc, and producing their tracks.

There are different Rappers all over the country who have been doing some really good work. Brodha V, for example, has created some amazing Raps like Aathma Raama, On My Own, Aigiri Nandini, Way Too Easy etc. But he did not enjoy the same success as Badshah or Raftaar as people were not attracted to English Rap. Bollywood was still stuck with the package of ‘alcohol, women and cars’.

While all this was playing out nationwide, somewhere in the slums of Mumbai were a bunch of young kids who were trying to break out from their situations and circumstances. And their way out was Rap. The most authentic, real, raw and truest form of Rap was ready to come out. Thanks to technology, these kids could share their talent by putting out their videos on social media. And slowly people started observing it.

Mumbai’s Rap scene or the underground scene was now creating a buzz all around. People started appreciating these Rappers, who had genuine stories to tell. Divine was one such Rapper. His songs were being watched and appreciated by many and slowly he started coming to the limelight. Along with him, another name which was becoming popular was Naezy. These two Rappers, who rap about their journey, their situations and life in Mumbai, had something new, fresh and real to offer.

The way they spoke, behaved and rapped was different yet interesting. This was big as people started getting over the masala Rap and started enjoying actual Rap. Songs like Mere Gully Mein, Jungli Sher, Aafat, etc. were playing everywhere. People started to connect with the music and lyrics.

Because of the opportunities that Divine and Naezy created, other Rappers from Mumbai got the confidence to bring out their talent as well. Slowly, Rappers like Emiway and MC Altaf started to get popular. Emiway particularly started creating a buzz with his work.

A Bright Future For Rap

The recent success of Gully Boy shows that majority of the people have moved on from the fake Rap and are encouraging the real form. There are many Rappers transitioning from the underground scene to mainstream music. They provide the perfect balance between commercial music and Rap. This shift in people’s perception of Rap encourages more (authentic) artists to come forward. Slowly the representation of Rap is changing in India and the much needed and due treatment towards the art is finally happening.

The future of Rap looks bright. Here’s hoping that more good work comes out, which is accepted and encouraged by people.