[VoxSpace Review] Captain Marvel – Only For The Marvel Bunch 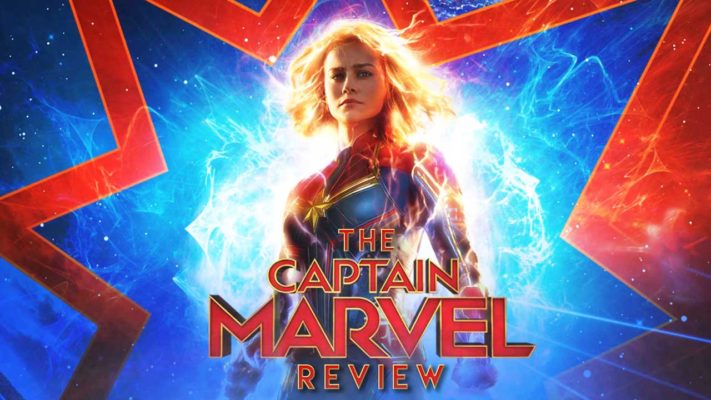 “Higher, Further, Faster baby!” Carol Danvers is here at long last. Fans of the Marvel Cinematic Universe have been waiting to see the story of Captain Marvel unfold on screen since that fateful post-credit scene in “Avengers – Infinity War”. Everyone, me included, wanted to see the superhero who could do something a super soldier, a genius creator, an actual Norse god and an ensemble of distinct superheroes could not do to defeat Thanos. “End Game” relies on her. (And on Scott Lang aka AntMan, as popular fan theories go.)

Fun fact – The trailer for “End Game” was played on screen before the start of the movie and the two superheroes who got the loudest cheers were Hawkeye and Antman. Just wanted to put it out there. We believe in you, “World’s Greatest Grandma”!

Onto the story then, Vers (Brie Larson) is a Kree Warrior who is part of a team of Warrior Heroes, who are at war with another interdimensional race called the Skrulls or the Shape Shifters. The War brings her to earth wherein a series of events, she discovers her true identity and the full extent of her powers. Along the way she unravels some hidden mysteries about her past and makes some unlikely friends, namely, our very own Nick Fury and an adorable tabby cat, Goose.

It’s an origin story through and through. Not unlike, “Iron Man 1” or “Captain America – The First Avenger.” Therefore, the placement of this movie in the MCU timeline becomes pertinent. This movie should have been released in Phase 2 of MCU, with movies such as “Guardians of the Galaxy” and “Thor- The Dark World”. Along with being able to relate to the different races in the galaxy and their wars, this would also have given the fans some time to grow with the character of Captain Marvel. The Original Avengers Trio of Iron Man, Captain America and Thor have each been given three movies to establish their stories, make the fans relate to them at a deeper level. We take sides and cheer them on because we know what they have lost, and what they are trying to save.

Captain Marvel as a movie tried to fit in three movies worth of story into one solo movie and I don’t think it worked that well. The story, therefore, seems rushed. The stakes are never fully established, there is no personal emotion involved, there is no character growth. So, in the “End Game”, if Carol Danvers faces off against Thanos, we will root for her to win. Not because we want her to win but because we know Thanos and we want him to lose.

That said, there is no denying the fact that Captain Marvel is extremely powerful. She is a girl who has always stood up when she has fallen down and has proved her strength. Brie Larson portrays Captain Marvel with a certain type of inherent confidence and charm. But, there were moments when it felt like she hasn’t really owned the role. That again brings the argument about the placement of this movie in the timeline. She should have been given more time to play around with her character before throwing her into the “final showdown.” Nick Fury, in this movie, interestingly plays the role of the funny sidekick, which might be kind of hard to digest for the regulars. The much-awaited answer to “How fury lost his eye?” is a little underwhelming. Jude Law as the Kree warrior pretty much sleepwalks through his role. And the rest of the cast is ok, at best.

There were a few good funny moments in the movie but overall the humor felt too forced. The action sequences also do not stand out. Towards the end, there were some really brilliant shots of Captain Marvel in full force but it’s no Thor with the “Immigrant Song”. Man, that was a beaut.

So, I’ll be honest, this movie is a good standalone superhero flick but it is not one of the better ones. It’ll have to make do with its place somewhere between “Thor – The Dark World” and “Doctor Strange.”

Post Credit Scene – Man! Worth the ticket. I choked on my popcorn from all the yelling. It’s just so damn good!

Do not miss the Marvel Logo reveal at the beginning. It is really special.

Nick Fury – Yeah…he can make you laugh. Taking a detour from his usual stoic self, Sam L Jackson has fun with the character and makes for some of the best moments in the movie.

Rushed Screenplay – It’s like a book adaptation where they try to jam in as much as they can.

Villain – If Marvel was known for its heroes, DC has been known for its villains. Lately, that has seen a change with the likes of Loki, Hela, Killmonger, Ghost and Thanos testing their opponent’s strength to the core. This movie does not have a strong villain and that’s kind of a bummer.

Ensemble cast – Again, I can’t help but compare this movie with its sister movies like say a “Black Panther” or “Captain America – Winter Soldier”, that thrived with a brilliant ensemble cast. This movie does not have such stand out performances.

Technical work – The cinematography, the music, the VFX, the dialogues were all very mediocre, at best.

Go with low expectations and you shall not be disappointed

Query – In Iron Man 1, Coulson meets Potts and tells her about “Special Homeland Intervention, Enforcement and Logistics Division” and she and later Tony Stark comment that they should find an acronym since it is too long. But didn’t Peggy Carter establish SHIELD as a sort of homage to Steve Rogers, since he uses a Shield?

Also, in many Marvel movies, many characters of the past have called it SHIELD way before Iron Man 1 happened. Why isn’t this inconsistency being addressed? What are your thoughts on it? Comment below.