[VoxSpace Life] Elizabeth Holmes : The Inventor Of Theranos And An Architect Of A Noble Lie 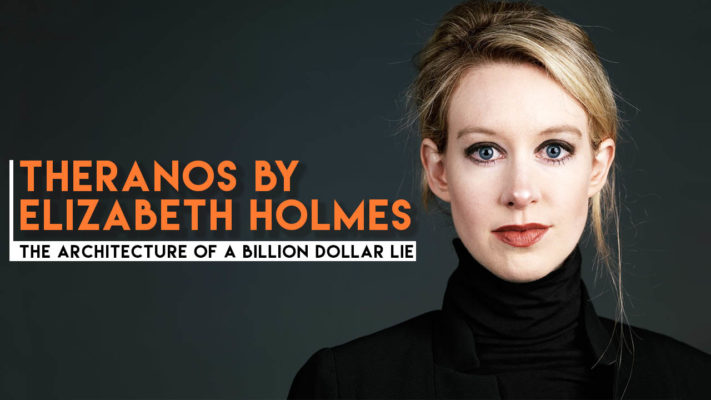 Films mean many things to many people. It’s a way to look inwards to some, to some it is a way of escaping our world into fantasy and to some, it is a way to understand the world around us better. Documentaries give us the closest look at reality, compared to any other form of film-making. A film-maker who excels at doing so is Alex Gibney. Alex Gibney is a documentarian who mainly concentrates his work on pointing out the holes in established systems and tend to concentrate on institutional corruption. These include subjects like Scientology, US army, wall street, Silicon Valley, etc.

The Cult Of Silicon Valley

He has previously touched on the subject of Silicon Valley with his Steve Jobs documentary, Steve Jobs: The Man In the Machine. With that one, he touched a lot of pressing issues like unethical manufacturing, fraudulent marketing strategies and the insulated way that Silicon Valley operates many a time. With the amount of money flowing in and the constant uptick of users for their products, their influence seems unending. This creates an unhealthy environment where the most outlandish ideas can still be passed off as a genius. One such idea is Theranos.

Theranos is a combination of the words therapy and diagnosis. It was the brainchild of a supposed genius and Stanford dropout, Elizabeth Holmes. She comes from a semi-affluent family and has always had the kind of attitude that seems like someone who feels like a yuppie knock-off version of Steve Jobs. She always dressed in the same black turtleneck sweaters, walked in a very robotic manner and would speak in a voice that seemed manufactured to me. So, you ask me what was her great idea?? It was to create a device that would automate and miniaturize blood tests using microscopic blood volumes. This device would allow any pharmacy that has it to give out diagnostic results in a matter of minutes, reducing the cost of manpower and drastically reducing the wait time.

While this seems like a great idea and even a noble one at that, the problem is that there is a difference between being ambitious and being delusional. It is not a bad thing to work on something that nobody thinks is feasible or practical. The problem arises when you look down on your own employees and investors and don’t feel the obligation to be truthful to them. This is the ideology that most dictators end up with when they don’t see a path ahead. They start believing that the ends justify the means, hence they are right. Silicon Valley dubs this as “Move Fast, Break Things”, in simpler words, fake it till you make it.

The Art Of Self Delusion

In this journey, she met a large group of industry titans who fell hook line and sinker for her act making her the youngest self-made billionaire in America at the time. She kept the work that was happening in their labs, pretty private stating fears of plagiarism and market manipulation. She created the straw man of pharmaceutical companies coming after her and slowly but surely created a team of people around her that would just do as they are told. Regarding the test results, she would advance anyone that would give her the results that she wanted, not the ones that were contradicting her. This led to a climate of competitiveness over authenticity, leading to the house of cards to finally collapse in 2018.

Through telling her story, Alex Gibney mainly concentrates on two main themes. Firstly, the idolization of the rich and supposed geniuses of Silicon Valley. The more that we valorize people like Steve Jobs and Elon Musk, it gives rise to people like Elizabeth Holmes. This kind of environment allows for people with bad motives to rise to the top and creates a world where innovation is everything. Secondly, the power of self-delusion. Even the smartest man cannot be helped when he lies to himself. This relates to the investors and founders of Theranos. Go after your dreams, but do not start living in them.