Posted on April 2, 2019 by Vishnupriya Rajesh 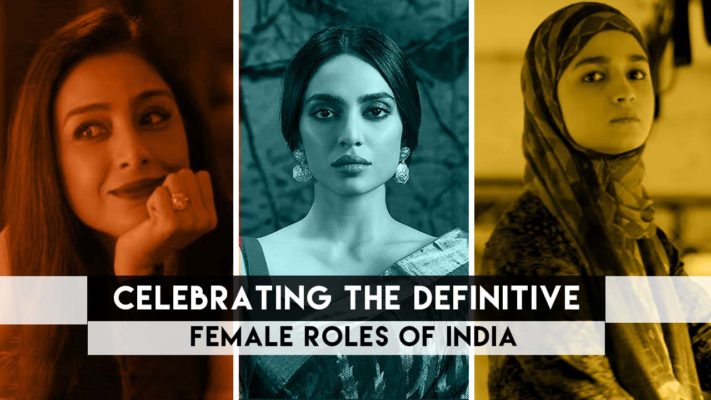 The Long-Awaited Shift In The Paradigm Has Finally Begun

I have always stayed away from watching films until I turned 17 and my brother forcibly took me to watch the Magnum Opus Bahubali.  I was not very disappointed though. In fact, I was impressed with the first shot of Tamannaah (The movie is fine too, just saying). Her shift from a vulnerable woman who’s escaping the traitors to a warrior was fascinating. Although later even when she fell into a typical ‘wait and watch the hero deal with the trouble’ category, that first impression remained in my heart.

What Tamannaah’s first shot did to me is still unclear but I was sure that I didn’t watch movies because I didn’t like them. I didn’t watch them because I couldn’t relate to them. I continued to struggle with finding the right movies to watch or relatable characters to like for a few more years and still do, but with the advent of Indian Entertainment Industry into OTT platforms, I now see a huge hope.

Leading Ladies As A Mirror To The Society

Over the past three to four years, YouTube in India has been booming like never before. There were so many short films and sketches being made. People went on to make Web Series too. Everyone was overwhelmed with this Tsunami of information and entertainment and after a point, I felt exhausted and stopped checking YouTube. And then I heard about Little Things and Girl in the city. The two new age Series which became the go-to shows to watch for the millennials.

What was amazing about them? A lot! First of all, (God Bless the writers!) the protagonist of the show is not in love and dancing in the Himalayas with her love interest in a neon yellow coloured saree. Also, she is not this perfect ‘help everyone’ kind of Matha Rani either. She has her own ideas and is dealing with her own shit. Like almost all of us. It wasn’t too late before I realized that these two web series are just the beginning of a glorious era of Web Series that have multiple inspiring and entertaining leading ladies.

This trend has slowly entered films too. Raazi, for example, has an impeccable protagonist. It’s groundbreaking in so many ways. This is definitely one of those very few films which talk about both the strength and the vulnerabilities of a woman in the most non-judgmental and realistic manner. Another impressive thing is that it’s a story of a woman told by a woman in the most beautiful way. Andhadhun is another example where a strong female character is presented. And we all know how exemplary Tabu’s performance was. Although I believe that Radhika Apte’s character should have been explored a little more, Tabu’s character was such a breath of fresh air.

Lust Stories was one of the best pictures of 2018 if you ask me. Why? When was the last time you saw a film talk about female sexual desires? There was not one, but four short films made talking about this not so explored topic and it’s amazing to watch a few of the most talented directors of Bollywood taking up this step. It’s refreshing to see such different perspectives and this is just the beginning. The success of such films shows how many topics are left behind unexplored.

If we are talking about contemporary stories and leading ladies, we can’t miss this spectacular phenomenon – Zoya Akhtar and her first biggie of the year- Gully Boy. Safeena Firdausi played by Alia Bhatt is such a masterpiece. This film is the finest example to show that even if the story is of a man, the woman involved in his life need not have the sole purpose of serving him or helping him serve others. They may have their own character tropes and it will do as good as any other story and even better.

Made In Heaven is another diamond dropped from Zoya Akhtar and her team. I can write a whole book about how layered, real, reasonable and relatable Tara’s character was. It’s one of a kind and is never seen before. Jazz is another spectacular character from this series. Both these characters are such fine examples of contemporary female characters. Tara’s journey from a nobody to a businesswoman and finally to being her real self is a journey to die for. Also, Jazz and her struggle to fit in is something a whole bunch of women resonate with, in various contexts at various points in their lives.

Another undefiled presentation of strong female characters was seen in recently released Delhi Crime. Vartika Chaturvedi is a character that tells us a story of a cop struggling to digest the fact that something heinous has happened to another woman and still leading the team with utmost strength and determination. Neeti Singh is a normal middle-class woman who acts as a lens with which us, normal audience view such a situation. She’s extremely relevant and real.

Relevance And Realism Are What We Need!

Thus, such relevant and inspiring characters have now made me a movie junkie and am loving it. Although am quite impressed with the contemporary character sketches, there’s still a really long way to go. There are still films being made where the lady has only one goal in her entire life- to fall for the hero or sometimes two – get kidnapped by the villain. Along with that, I will still stand by my words about the flawless presentation of the leading ladies, physically.

It’s such a shallow and linear way to present just one kind of women (I mean those who have flawless skin or exceptional beauty) being given a chance to perform. More coloured women, women with uneven skin tone and those who are not very ‘presentable’ should be seen. For they too have stories to tell.

Cinema is one of the most authentic media through which we can see ourselves and our stories, sometimes with lots of colour and fantasy added and sometimes so real that it’s brutal. So, why stick to one category or formula when we have so much to show and talk about. Why confine a whole section of mankind to just one type of stories when we have so many.

To more strong and flawed female characters! (I don’t have a wine glass now so put your imagination to work)