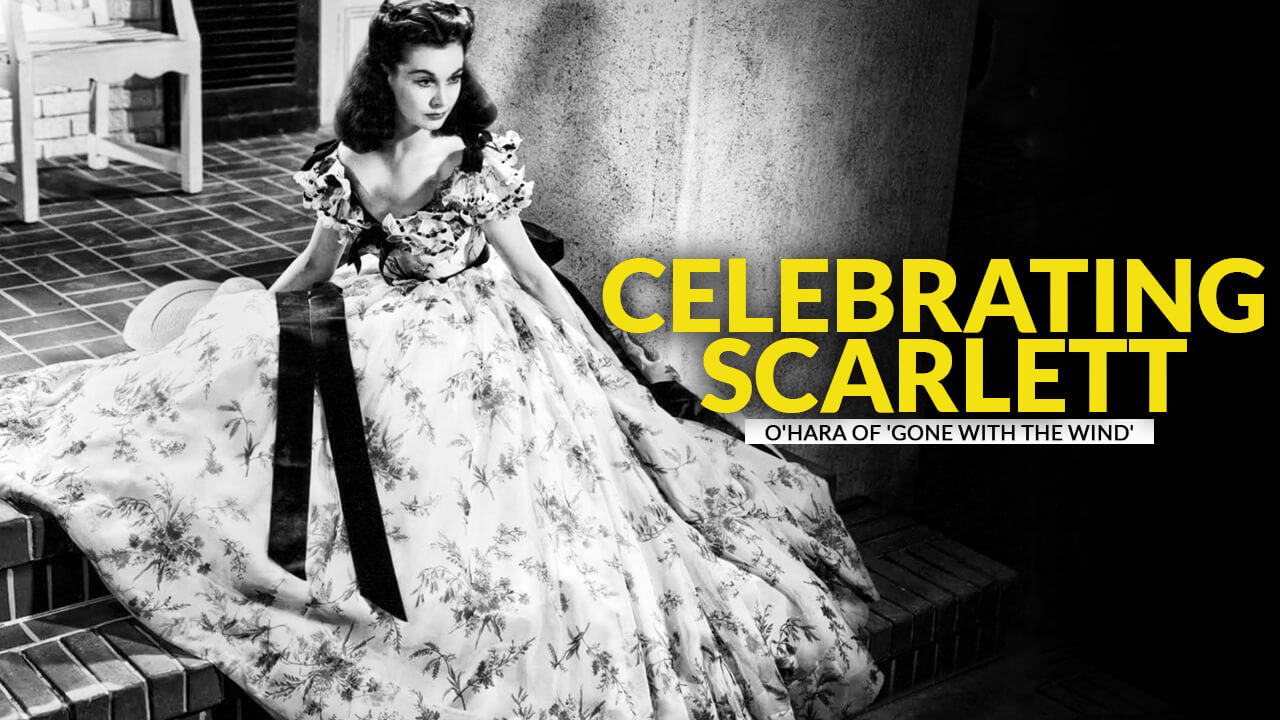 Although you don’t know me, our relationship goes back for as long as I can remember. I first met you on the yellowish pages of an unabridged copy of ‘Gone With The Wind’. I was sixteen perhaps, exactly your age when the story of your journey begins. Your creator said you were not beautiful, but men seldom realized when caught by your charms, and that’s when I realized that you were not something that my mom would like me to read about. Thus, I had to decode you.

We had nothing in common. You belonged to a country I have never stepped foot in, you belonged to an era that I have only read about in dry history lessons. What could we bond over? I was a living, breathing girl and you were a figment of the imagination, fictional, not real.

But your struggle to choose the perfect dress for the barbeque so that no one, especially Ashley, can take their eyes off you, was real. I could remember a frantic morning going over all my dresses and having a hard time to choose the one that would make me look the way I want to be looked at. Especially by that one popular chap I had my heart set on. Christmas celebration at school, after all, was all about that, right? And just like that, we bonded. You became my box where my flaws looked like the jewelled brooches you adored so much.

I don’t know how, but I understood your decision to marry Charles, even though you did not have an iota of feelings for him. I know how it acted as a balm over your hurt and battered heart and vanity. You were no saint. You were in pain, and you wanted others to suffer as well. It was nice to know that I was not the only monster out there who thought like that.

I understood your manipulations, deceits, stubbornness, selfishness, escapism and all other flaws of your character. I understood the burning ache of rejection. Not just rejecting your emotions, but rejecting you. One who has been unattainable for so many and was made to believe was the prized possession of her ‘Papa’.

You were my first reference to the selection process of men. No wonder I got it wrong. But I did not care because you did not care. It is from you I understood that having the truest feeling for the most fallacious man is a reality. It hurts a lot, but eventually, you learn to live with it. It was through you I understood that finding and then losing the one that was made for you is not really the end of life.

You burned but did not bend. I could say you taught me to be unapologetic, but I would rather say that you taught me about the existence of this word. Before you, I did not know, that accepting my flaws and being at peace with it is something that can actually be done.

You might not believe me, but even today the Southern way of bringing up girl exists, in all its glory. Like you, we were also given a strict rule book about what is acceptable behaviour and what isn’t. We are still brought up to please men and pretend like women have cotton candy in place of brains. If you thought people in your times could not comprehend a strong woman who is opinionated, nothing much has changed Scarlett. You would be a rebel even today. You wanted to be Scarlett, or at the most Gerald and Ellen O’Hara’s daughter.

You loved Tara, but you were also tired of the responsibilities that you had to shoulder. You hated that but did not run away. You did things because they had to be done. You brought Melanie’s child to the world, you killed a man, you used your charm and seductive prowess to get thing done-because they had to be done. In a world full of forced saints, you were the only real human.

Around you, when people perished off because they could not live in the present, you were shameless enough to think of a future. We still leave in a world that cannot comprehend change. I wish you were here. You would not have changed them, but devised a way to be a part of that upcoming change.

Throughout your life, you made terrible mistakes, took horrible decisions, made awful choices, but it was only you who could own up to it. Through your life, you taught me to be merciful to my own flaws in order to live with it. Thank you for not being the damsel in distress, but distress personified. Thank you for not being the ‘good girl’. You empowered me to have the strength to buy the license to live my own life my way at the cost of scathing disapproval of the society around me. Perhaps that’s why it is so priceless to me.