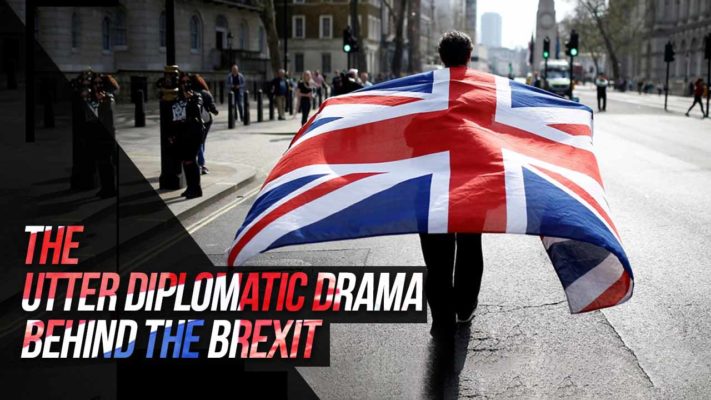 Brexit Visual Caricatures Are On The Rise By Leaps And Bounds

Brexit Art might be instrumental in portraying the ridiculous, but artists still prefer to bathe a little longer in its comic relief. After Donald Trump’s mammoth win in presidential elections, cartoonists and artist around the globe have once again reunited to bring some theatricality into the otherwise implied details of a political potboiler. The comic interludes are not merely limited to few freelancers creating artworks on whims.  Das Erste, a popular German TV channel, brutally mocked Brexit by alluding to England’s historical defeats to Germany in football matches-

‘Brexit is like football, in the end, England always loses’- the German TV host

As Theresa May toils under the cumbersome task of getting the deal sanctioned, there is no dearth of cartoons, graffiti, poems, and sketches around the globe. The visuals of these artworks are extremely poignant with a sincere hilarity imbued deep within the heart of Brexit conundrum. Artists are quite vocal about their sentiments surrounding the morbid Brexit crisis.

Many artists have managed to infuse into the artworks popular cultural tropes, instantly making them viral on the internet! Gollum, Simpsons, Benjamin’s rabbit, Dobby the Elf, Bugs Bunny meme templates are among some of the popular instruments of lampooning Brexit. A large group of artists including the likes of Banksy and Subdude (pseudonyms) started painting Brexit hullabaloo on walls with symbols and patterns, adding a sombre hue to their artwork.  The entirety of Brexit including popular dissent and oppositions, and opinions can be grasped from these politically correct oeuvres of the 21st century. Sweep a quick glance through them to know about the swaying of public opinions against Brexit with the passage of time.

The Immaculate Theresa May As Gollum

Andy Serkis, the voice of Gollum from Lord of the Rings, has himself mercilessly reprised Gollum’s character to scoff Theresa May. The PM is seen in a blue jacket and grey wig, monologuing the groundwork of Brexit as Gollum. Brilliant in execution, it is a parody that deserves to go down in the annals of history as one of the finest commentaries on contemporary politics. Even by the standards of the textbook definition of Parody, Serky’s adaptation remains true to its purpose.

But they told us precious, they hate the deal. All of them hates it! They want… a people’s vote,”

Simpson memes are altogether a different race when it comes to mocking the UK as a whole. Ireland, Brits, and the Brexit sentiment are portrayed via snippets from The Simpsons. Artist Jack Leahy, from Dublin, the creator and an anti-Brexit spokesperson, voices the majority through his creative potential. Beyond the apparent fun and frivolity, Simpson memes are populated with the innumerous political allusions to imitate the crude picture of Brexit through Irish eyes.  Leahy’s images are texts in their own right, and

“Perfect for Irish people who want to mock the Brits without appearing to take them seriously.”– as Leahy puts in an interview.

To artist Lawrence Perry, the immediate threat of Brexit was the collapse of a multicultural Britain that threatened his immigrant friends and families. He took to canvas to paint the minorities and their insecurities as opposed to “old, draconian views” of Brexit supporters. The political paralysis of the time comes alive through these works, ridiculing the latest developments as Theresa May progresses with her Brexit propositions.  The walls of London alleys are unforgiving in questioning the madness of Brexit.

It blurs boundaries of the grotesque and offensive, to heighten U.K’s Brexit commotion.  Similarly, Anish Kapoor’s personal feeling of a bottomless void becomes a threatening chasm at the heart of Britain on canvas, it is almost like the entire continent is bleeding. Kapoor created the artwork in collaboration with The Guardian, in a bid to paint the future predicament of the U.K. To The Guardian, the painting is meant to “avoid this riven nightmare of a nation.” 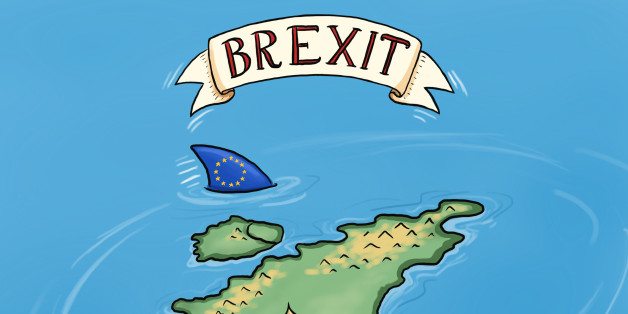 Book Your tête-à-tête With Brexit Art

Controversial, loud and throbbing with life to grab viewers’ attention, Brexit art is nothing less than sensational. It is almost journalistic in execution, chronicling people and stories chronologically, using bright colour blocks. The artists are busy undoing a lot of injustice previously inflicted on street art that had made people indifferent to it. It is in these vivid brushstrokes you will find the queer juxtaposition of the menacing and hilarious of Britain’s approaching political turmoil.