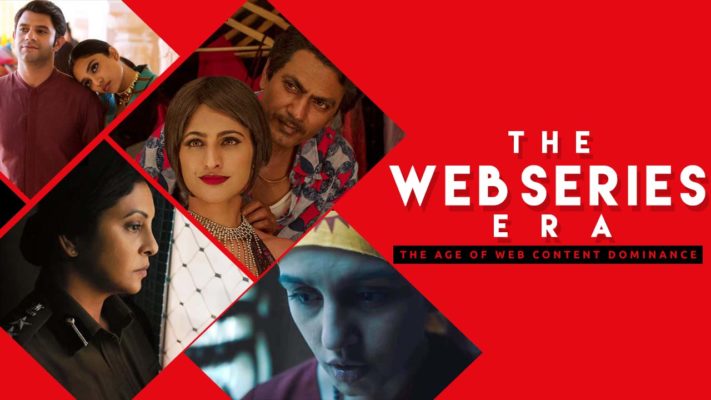 Indian Youth And “Netflix And Chill”

“Netflix and Chill” seems to be one of the most “lit” phrases that the youth of India (and the world) have been swearing by. Of course, the Indian youth have always been a fan of movies – be it the quintessential Bollywood films or class world films – but when it comes to the Television space in recent times, the urban population have chosen to steer clear from the serials thanks to its obnoxious story-line with ever-changing, topsy-turvy and unending climax.

To be honest, the Indian TV, back in the days of Doordarshan and the early years of Zee TV and Star Plus, had produced some evergreen and strong series and serials that essentially had the eyes of the entire nation glued on to them. However, with the money-minting business in the name of TRP seeping in full force, the urban youth slowly started to maintain its distance from the TV. That was until the digital media stepped in.

It was YouTube first which facilitated young and talented filmmakers to show their skills sans much hassle that a regular TV channel could prove to be. Of course, the audience was much less around half a decade back, but it soon started to take a good flight. Of late, with the advent of digital channels such as Netflix, Hotstar, Amazon Prime and so on, the concept of a TV series gained much more prominence and momentum and, not to forget, a dedicated base of audience. As a result of this and the incessant rise in competition among the channels, there has been a bombardment of good quality content on the digital space that had been lacking in India for quite some time.

A quick browse through these above mentioned specialized digital media channels is enough to say that these “channels” air traditional “big screen” movies as well. In fact, it won’t be wrong to say that many of us often wait for a new film to get their first screening on these digital platforms. Despite this frequent airing of new (and classic) films – in Hindi, English as well as in regional languages – on these platforms or channels, there is definitely no denying that channels such as Hotstar, Netflix and Amazon Prime are known for their original series as well – series and films. And as consumers, we are more hooked to these than the “regular” films that they have stored in their databases.

Now, why is it so, especially when most of these series or original films that we are talking about do not have any “star” backup? The reason is plain and simple – these films and series gear more towards quality than quantity. And clearly, they have emerged as winners, especially in urban India. If you watch series like ‘Made in Heaven’ (Amazon Prime), ‘Delhi Crimes’, ‘Lust Stories’ (Netflix),  ‘Criminal Justice’ (Hotstar), and Little Things (YouTube/Netflix) among others, you will find that it is the sheer quality of the stories clubbed with some of the brilliant performances the Indian television has seen in recent times that tend to enthrall and engage audiences, leaving them to demand more from these digital channels.

These series or films mentioned do not have any heavy-weight star backing nor do they have any overtly absurd storyline (which the regular Indian soaps and operas have proven to be faithful to) – what they have is a desire to present quality stories and carve a niche in the world of Indian digital media space.

Bollywood Stars And Movie Actors Routing Towards The Digital Space

There was a time, though not too long ago when the shift from acting for the small screen to that of for the big screen was considered more like a promotion than anything else. For example, when Shah Rukh Khan got his first break in Bollywood after working on a few – and critically appreciated – small screen ventures, people started seeing his saga as a rags-to-riches story. No one ever thought he would or could invest his time in small screen venture again, and that is specifically because the small screen from the mid-90s onwards was a depreciating game.

However, slowly with time, the small-screen game started turning its course, with Amitabh Bachchan signing the limited episode small screen venture ‘Yudh’, which was a success. Although the television channels have steered clear from producing many limited-episode ventures since then, this space was massively utilized by the digital channels. Their success can be gauged in the way eminent film superstars have been routing towards these channels, choosing quality over everything else. Also, it cannot be denied that with this choice, they are also opening newer terrains for themselves – making themselves be seen as “good” actors capable of working across various formats of movies rather than sticking to the big budget films.

Actors like Saif Ali Khan, Nawazuddin Siddiqui, Radhika Apte, Madhuri Dixit, Jackie Shroff, Vicky Kaushal, and Pankaj Tripathi among others have been seen working in the digital space. Even eminent directors like Karan Johar and Anurag Kashyap are seen investing some of their most valuable time and energy in the digital space. In doing so, they have not only helped in making these relatively small budget ventures in the digital network a competitive terrain for actors to carve their niches on but also helped in increasing the mass-appeal of these channels.

Where Is The Distinction Between Big Screen And Small Screen

As it may seem clear in my previous point, there happened to be a large gap between big screen films and small screen ventures. The madness that was created surrounding a big screen venture would never be imagined for a small screen one. The Indian soaps and operas were generally thought to be for the bored housewives, small town population and retired people. It may be hard to digest but it is true nonetheless. However, with the advent of these digital networks running with its own subscription fees, and with eminent actors choosing quality over fame and madness, there has been a distinctive shift in the Indian TV space.

These digital series and movies are being promoted with almost as dedication as that of the big screen ventures, and with quality mostly being on their side, people – especially the urban crowd – are seen waiting as eagerly for a new series/movie with same dedication and apprehension as they would have done for a good movie a couple of years back.

Of course, it is going to take a lot of time for these digital channels to make their presence felt to the non-urban population and gain prominence among audiences of all age in India. But the way they have steadily blurred the huge crater between the big screen and small screen is indeed commendable, and as a huge fan of Netflix, Hotstar and Amazon Prime, I can just wait for the day the entire Indian TV is re-invented towards the best.