[VoxSpace Selects] Narratives Of The Body : Bringing Together Diverse Voices 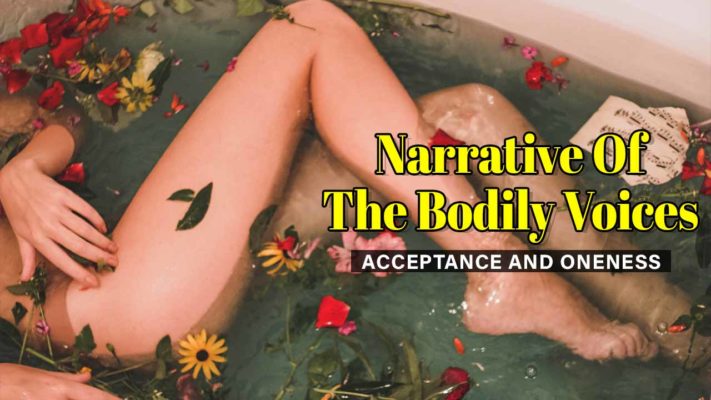 Recently, Roxane Gay, author of the bestsellers Bad Feminist and Hunger, has launched Gay Magazine, a magazine dedicated to bringing out intelligent and provocative reads. She has stated “Representation matters so inclusion is integral to everything we do. We will not tokenize. We will not only embrace diverse writers but diverse voices and aesthetics”. Athena Dixon’s “The Incredible Shrinking Woman” and Grace Lavery’s “No More New Starts for Grace” are two of the essays that are already there. The first two issues would deal with pain and pleasure and would be available around June and September.

Earlier, Gay had collaborated with Medium, the online publishing platform, to bring together diverse voices in her pop-up magazine, Unruly Bodies. It is difficult to talk about the bodies in which we live without feeling vulnerable. It’s hard especially in times when policing and censoring bodies is rampant. The narratives in Unruly Bodies are bold and confessional. They reveal the experiential realities of living in bodies that are unruly. Though the narratives are threaded well, each of them can stand in their own right. The ensemble of writers includes poets, activists, comedians, and academicians. The narratives are riveting as there is no given pattern in which they move. There are some who tell the ways in which they have accepted their bodies. There are others who find it hard to live in a body over which they have no control.

Doing Away With The Stigma That Surrounds Menstruation

In her piece entitled, “ Hysterical! The body that bleeds”, comedian, Samantha Irby does away with the stigma that surrounds menstruation by initiating a conversation about her periods. She narrates how her periods interfered with her routine work. Even though it deals with a subject that is tabooed, its tone will tickle the readers. Irby does not shy away from sharing her experiences of tackling pain and blood stains in the most unexpected of situations. She complains about how her periods “would throw a surprise pool party” which led her to conclude that it was menacing and “hostile”.

After having stained the hotel bed sheets (which turn out to be one of her worst nightmares), she finally decides to take charge of her body and opts for surgery. She arrives at her decision after battling it out with pills, medication, doctors, all of which prove to be inconsequential. Feeling excited about her surgery, she thinks it would not only allow her more control over her body but would also allow her to explore what she perceives to be a freer way of living. She takes a dig at the media, which might not always portray the pain and discomfort associated with bleeding (“I don’t even live the exciting life of a woman in a Kotex ad!), in almost the same breath in which she reveals in thinking of living without the crumbling fear of blood stains after her surgery.

Accepting The Body That Reminds You ‘I Am Here’

Another searing and equally engaging narrative entitled, “The Body That Says ‘I am here’” by Carmen Maria Machado explains how pointless it is to hate one’s body. It begins with what may sound like a list of the disruptive forces which have left their mark on her body: endometriosis, psoriasis on the scalp, stretch marks, a joint disorder, back pain, anxiety. Thus, she says that she thinks of her body as an animal that demands more than what is given. It is remarkable and inspiring to find how she manages to wade through what must have been the most disconcerting moments. As she recounts one of her earlier experiences of hurting her toe which left it flat on one side, we cannot help but think about how pain inevitably alters us.

At no point is she mawkish; in fact, she is honest and upfront. Though she labours to discipline her body, she finds it hard to achieve the desired results. Instead of fighting against what appears as a dead end, she chooses to do what she can. Popping the zits, going to therapy, rolling on lacrosse balls to relieve her back muscles of pain, cracking joints are some things she chose to do. At the end of her piece, she owns up her body admitting that she does not hate it.

You cannot hate an animal for what she is, especially one who bears your ungrateful mind through this terrible world.

Dealing With The Body After A Weight-Loss Surgery

In “What Fullness Is”, Roxane Gay expresses her fear of betraying her own belief in body positivity after undergoing weight-loss surgery. Readers of her memoir, Hunger would recognize why she feels guilty about her surgery. We live in a society which builds up narratives about the rewards of losing weight. The trajectory of these narratives often undermine individual anxieties about visibility; about not fitting in; occupying too much space.  Bodies that are fat are scoffed at; bodies that are fat are made to believe that one cannot and should not make peace with it. In Hunger, Gay reveals about her eating disorder. Further, she also admits how food is the ultimate panacea for her.

Here, she shocks us by confessing that she went under the knife to reduce weight after endless calibrations. In her post-surgery life, she is allowed only tiny portions of food. In contrast to her companion in the hospital, Gay could hardly feel like she deserved a new life. While for a majority out there, weight loss might imply new beginnings, dissipation of angst and self-loathing, for the writer it turned out to be something completely different.

I’ve replaced one set of anxieties with another.

An Anthology and A Commentary

This anthology does not confine itself to talking about individual experiences alone. In fact, no individual experience can be told without speaking about the societal matrix that influences it. The string of narratives helps us to understand how consumerism works. How dominant narratives are shaped and how varied individual experiences are, are touched upon too. The idea of the perfect body is culturally produced. By exploring what it means to live in “unruly bodies”, these narratives throw light upon many a reality which is regularly shoved under the carpet and exposes the hypocrisies of the society we live in. It is daring and challenges the readers to reconsider the essentialist assumptions we attach to certain bodies. Bringing all of these stellar voices under an umbrella and yet maintaining their distinctiveness is a rare feat.