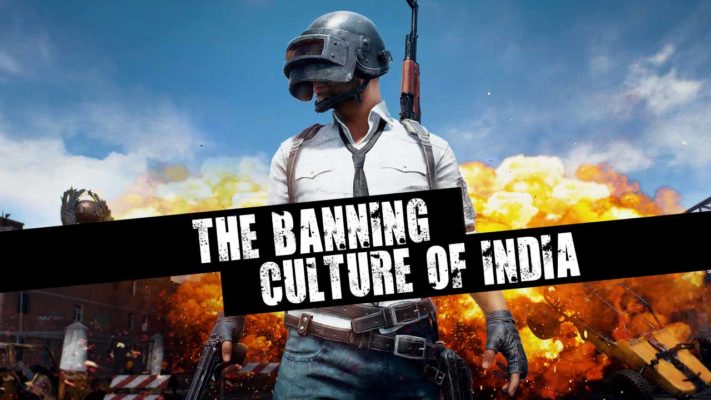 PUBG Banned And Unbanned Within Couple Of Months

Players Unkown’s Battlegrounds (PUBG) is a free to play mobile app that allows it’s players to have a battle royals in an open environment with ammunition and supplies sprinkled throughout the map. It was released last year in the Indian smartphone app market and quickly became a top grossing game on Android within months of its release. After the release of the game, there have been multiple bans put on it from different states starting with Gujrat. The reason for banning the game according to the police is due to its negative impact on young minds. The game is also highly addictive in nature causing its players to self-harm.

The Effect Of The Bans On The People

Since the games banning in March, there have been around 21 arrests of individuals playing the game in public. Punishments to those who failed to acknowledge the bans ranged from a conviction in court to fines to Jail time. These bans were lifted in the month of May but the damage it caused to the people has raised questions on personal freedom of an individual as well as the inadequate regulations India has in place with regards to the internet.

Controversies Caused By The Game

The release of multiple reports showing the negative impact of the game was a massive reason for banning the game. The first incident came to light in August of last year when a 15-year-old boy was admitted to a clinic for PUBG addiction. Then there was the incident that happened in January where a fitness trainer was admitted to the hospital after he began self-harming because he was addicted to the game. Later in February, there was a teenager who committed suicide after his parents refused to buy him a new phone to play the game.

This sparked a fierce backlash which caused a multitude of bans to fall on the game. The bans started at the end of January lead by Gujrat where multiple cities banned the game outrightly. This ban was soon taken up by other cities like Ahmedabad. The ban led to the arrest of 10 people within a week.

Response To Bans Put In Place

Internet Freedom Foundation (IFF), a New Delhi based organization filed a complaint against the PUBG ban in Gujrat. In a statement given by IFF, they wrote “For a young student who is worried about his family’s reaction and future career prospects, being arrested by the police can be a deeply traumatic experience. To us, the PUBG ban is fuelled by moral panic, and the harms from video games require scientific studies and non-legal methods of engagement.” The court reportedly threw out the case because there are no constitutional rights to play video games.

This response raised a lot of questions with regards to personal freedom. According to Apar Gupta, The director of IFF, due to the rapid increase of technology in India, there has been a pressure rising in regard to the laws set in place to protect a citizen’s constitutional rights that are in conjunction to the internet. Gupta told Buzzfeed News that “We need well-articulated regulatory process.”

He continued saying that “We don’t have the breadth of laws required to understand the internet in 2019, and we don’t have an enforcement framework. So bans are a natural course of action for the government. India is dishing out ham-handed solutions without having a clear direction about what its online space should look like.”

The Need For A New Regulation

There have been multiple bans put in place over the last couple of years in regards to apps and new technology in India. The Indian Government instead of handling a situation with delicacy tends put an outright ban and then later remove it. This type of approach to a problem is not feasible in the long run. If the rights of the people need to be upheld we need new regulations in place to handle matters that are presented by the rise in technology quickly.