[VoxSpace Selects] The Boy From The Land Beyond: Traces And History Of Cultural Politics In Aladdin 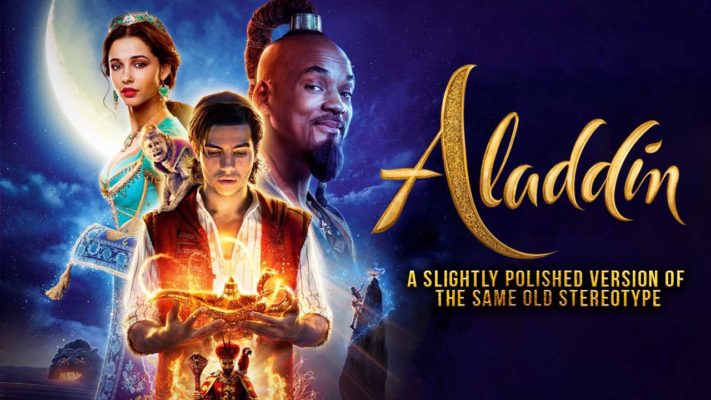 Although the recent production of Disney’s Aladdin is fairly a remake of the 1992 film, it seems that it still could not break free from the shackles of the complicated cultural history of the tale. The new Disney production has been led by one of the best in the industry, Guy Ritchie, and the film has achieved quite an amount of praise in terms of direction and storytelling. However, what Ritchie possibly could not have seen coming was the heavy critical cultural baggage that he had to overcome that ultimately has given rise to a lot of skepticism and controversy over its execution and premise. Nevertheless, such repercussions should not be entirely imposed on  Ritchie’s film.

The 1992 production of Aladdin might have been critically acclaimed as a masterpiece, but it also found itself neck deep in racist and orientalist representations of the Arab culture. Hence, although Ritchie’s remake has made an effort to shed most of the exotic and culturally inaccurate details of the original production, he could not yet deliver a version of Aladdin that is respectful enough to satisfy the cynics. In this respect, The Council on American-Islamic Relations has requested the critics and audience of the film to recognize that “Aladdin myth is rooted by racism, Orientalism and Islamophobia” as well as to “address concerns about racial and religious stereotypes perpetuated by the Disney film.”

Orientalist Reflections And Cultural Influences In The History Of Aladdin

While popular notion claims that Aladdin’s source can be traced back originally to the tales of ‘1001 Nights’ –a traditional collection of Asian and Middle Eastern folklore –the truth is that Aladdin does not belong to any traditional folklore and has different historical roots. Antoine Galland, a French author, had included Aladdin in his translation of the ‘1001 Nights’ in the 18th Century. Galland admitted that he had heard the tale from Ḥannā Diyāb, a storyteller from Syria. However, recent literary researchers have cast doubt on the fact stating that there is no recorded proof of Diyāb’s version.

The recent translator of the book, Yasmine Seale notes, “Diyāb’s contribution – an oral performance recorded in a few lines in Galland’s diary – is ultimately unknowable. In many ways [‘Aladdin’] is a classic piece of early 18th century French literature, with its charm and its bigotries.” In short, the original source of Aladdin is nothing but a French author with a highly European and colonial perception of Asia.

It can be said then, that the story’s underlying exoticism –the xenophobic perception of the Asian and Middle Eastern cultures and their people –is what forms the basic framework of the tale. The treatment of these cultures as the other is manifested through the romanticized portrayal of the regions in the form of fantasy and mystic lands seen from the colonial perspective. Fascinatingly enough, originally the story of Aladdin was set in China and not in Arabia as a result of which the versions of the 19th and the 20th century represent Aladdin as an Asian in culture.

Most of the stage productions of Aladdin during this time mixed the Aladdin myth with both Chinese and European elements where an actor with yellow face played Aladdin. Moving on to the 20th century, tendencies of modernizing Aladdin gathered momentum where the presentation of the tale involved hybridization of the Orient that was exoticized with the modern language and fashion styles of the English. Following this, and the popularization of Hollywood, American and European storytellers began converting Aladdin into a tale of the Middle East while emphasizing cultural stereotypes in exotic settings.

Ritchie’s Version Follows The Footsteps Of  The 1992 Original

The 1992 original film brings to the fore numerous stereotypes born out of Orientalist views. The Aladdin myth is filled in abundance with mystical exoticism, where Agrabah is openly described as the “city of mystery”. Agrabah’s citizens are characterized as hyper-sexualized belly dancers and barbaric sword wielders. To further explain the ingrained racism, the opening song of the film, “Arabian Nights”, contained the line –“They cut off your ear if they don’t like your face / It’s barbaric, but hey, it’s home.” Furthermore, the film presented its two protagonists, Genie and Aladdin to be American culturally. The characters’ witty street-smarts, exceptional cunning, and ostentatious braggadocio were implied as qualities that distinguished them from the people of Agrabah. Moreover, the famous jokes and punch lines improvised by Robin Williams were all sourced from the American pop culture of the time.

This version of the tale of Aladdin became so definitive that it was difficult, even for Guy Ritchie, to overcome the cultural stereotypes altogether. The first blow came from the controversy surrounding the casting for the film. It was reported that Disney Studios and Guy Ritchie were facing difficulty in casting the main lead actor allegedly because they could not find Asian and Arab actors capable of singing which caused an outrage among the fans. More importantly, reports emerged claiming that Disney apparently had been attempting at the “browning up” of a few actors that gave rise to flabbergasted feedbacks.

As a result, Disney provided a swift response stating that “great care was taken to put together one of the largest most diverse casts ever seen on screen. Diversity of our cast and background performers was a requirement and only in a handful of instances when it was a matter of specialty skills, safety and control (special effects rigs, stunt performers and handling of animals) were crew made up to blend in.”

A Rocky Road for Ritchie’s Remake

Despite all the skepticism, Ritchie’s film has been extensive in its execution. Ritchie has put in his best efforts to rid the film of its previously attributed cultural stereotypes and has added ample three dimensionalities to the characters. However, despite such efforts, Ritchie has failed to make his final product free of any trace of cultural stereotyping. The Council of American-Islamic Relations evidently supports the claim stating, “As seen through the trailer, the racist themes of the original animated cartoon seemingly reemerge in the live-action remake, despite efforts by Disney to address the concerns from 25 years ago.”

Moreover, the socio-cultural context into which Ritchie has brought his film in is tense and complicated. If it had been at a different time, Ritchie’s Aladdin would have been more than just multiculturalism. However, Ritchie’s live-action remake has made its way into the world at a time when global politics is weighed down by progressiveness and extremism. While progressives have supported authentic and ethnically diverse cinema, extremists have attacked and demonized the notion of multicultural representation. Owing to such polar standpoints, The Council on American-Islamic Relations had previously warned that the film’s release “during the Trump era of rapidly rising anti-Muslim, anti-immigrant and racist animus only serves to normalize stereotyping and to marginalize minority communities.”

Factoring in the cultural stereotypes, Ritchie’s Aladdin has had a rocky start especially with respect to the critical reviews that have had a mixed response. As a matter of fact, the crossed cultural implications of Aladdin as a tale would be hard to leave behind mostly because of its complicated and disconcerting legacy which would, perhaps, be among us even in the far future.