Review Of Danish Renzu’s The Illegal : An Unapologetic Tale About The True Cost Of Hope And Survival 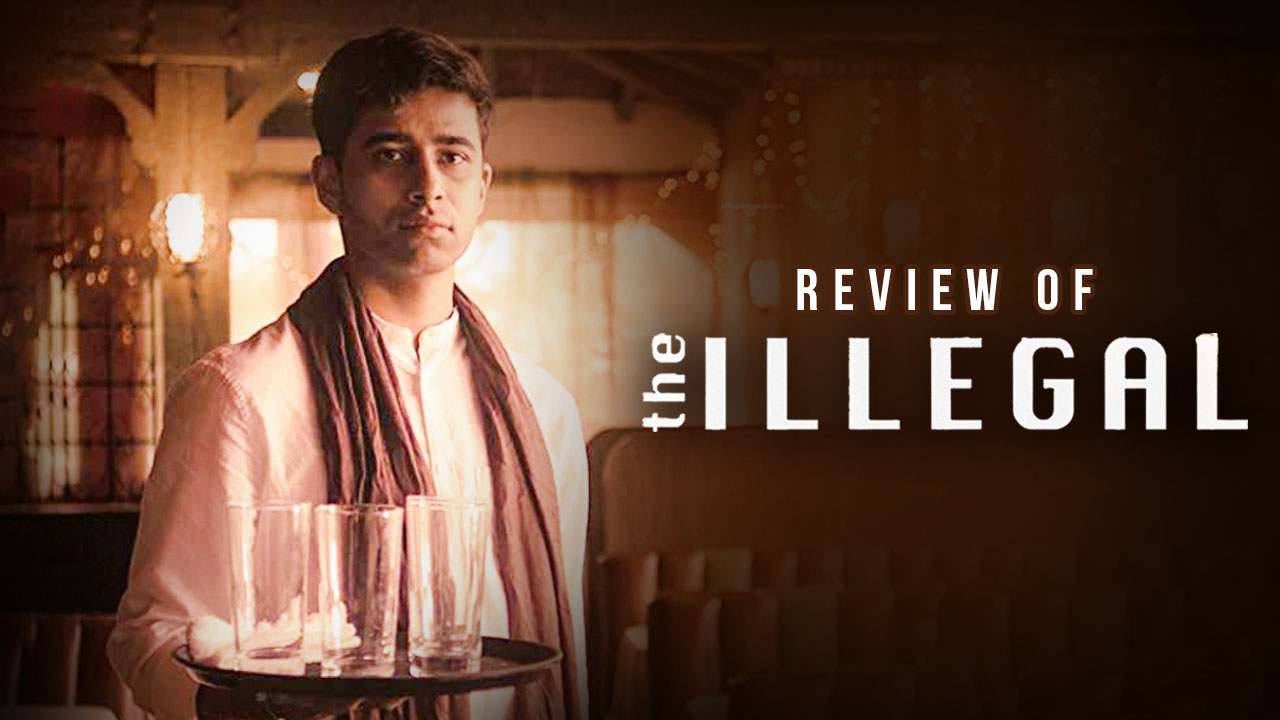 Talks About a Worthy And Relevant Issue

Immigration has always been a very touchy subject due to the lack of empathy shown by many to their plight. Especially due to the constant rise in population and the steady decline of economic resources all over the world, the situation regarding immigration has become a lot worse. This situation is not helped by the constant demonization of these people by opportunistic leaders at the top. In this context, Danish Renzu’s movie aptly titled ‘The Illegal’ chooses to make this issue the crux of its story and helps expose the inherent possibility of exploitation caused by hope.

The Illegal follows the story of Hassan (Suraj Sharma) who immigrates to America to take up film studies. He only realizes when he gets there that his uncle is not as well to do as he was led to believe. Due to this, he is forced to find a job to support himself and is left homeless. Around this time, he comes across an opportunity to make money by working in an Indian restaurant run by a tyrannical Indian American man called Zayen Khan (Jay Ali).

Little does he know that he is, in fact, entering a world that he knows nothing of and as fate would have it over the course of the film, we see him sinking deeper into existential despair, caused by the circumstances around him that he has no control over.

A Story That Needs To Be Told

I haven’t seen a lot of films about the issue of Indian immigrants who get stuck doing menial jobs in other countries. Danish Renzu finds this topic and mines it for the emotional potency that a story like this inherently has. The film very beautifully through the soulful eyes of Suraj Sharma shows us what happens to a man when every dream of his crashes down right in front of him, and he is left with nowhere else to go. It documents the struggles of various people in and around this man who are just holding on to the hope for the elusive “American dream”.

It Stays Grounded And Realistic

While the movie may seem melodramatic at the premise level, the filmmaker and actors make sure to keep the drama grounded. It stays grounded and realistic throughout the 80-minute runtime of the movie. I especially loved Hassan’s relationship with Jessica (Hannah Masi). It would have been very easy to go the white savior route, where she magically changes his life. But the film cleverly refrains from any such Mawkish tropes. The only thing I can think of as a negative would be that the movie’s low budget shows in certain parts of the film, which could take you out of the experience.

The film mines great performances from the whole cast. While Adil Hussain and Shwetha Tripathi have very little screen time, they shine in some key moments. Hannah Masi who plays Hassan’s friend who genuinely wants to help him. She has a disarmingly charming smile and has the ability to show true empathy through her eyes. She plays her character with a lot of dignity and poise. But the real standouts of the film are Iqbal Theba and Jay Ali who play Hassan’s older, well-meaning colleague and the tyrannical boss respectively. Jay Ali plays his character especially well with a certain amount of misplaced rage, which makes his character seem even more despicable.

In the end, The Illegal is a poignant film about the plight of immigrants in America. It deals with a topic that is very relevant to our times. Do check out this film, when you can get your hands on it!