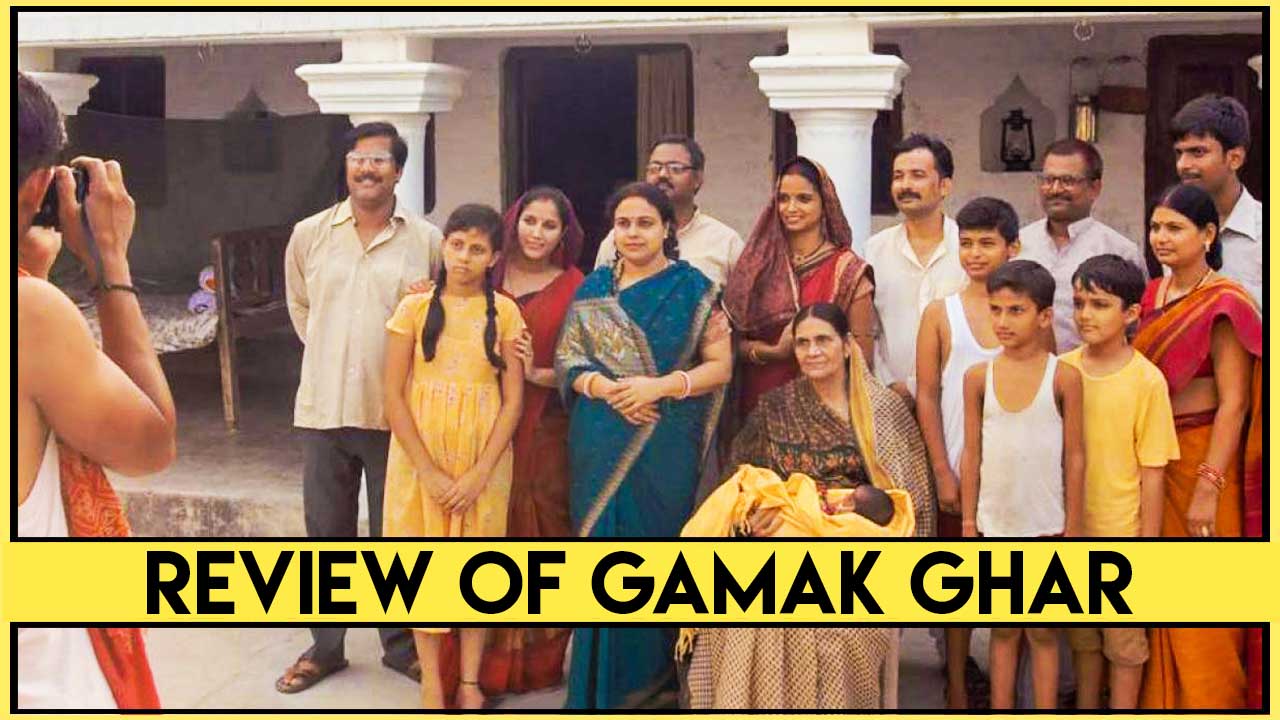 A common understanding of a storytelling technique, one which is often followed by the most celebrated writers of the last century is – the more personal a story, the more generally it resonates. Gamak Ghar by Achal Mishra is a luminous example of this storytelling tool, where an ancestral house breathing inside a time capsule, becomes an unvoiced narrator of an ever changing world around it. Drawing heavily from his personal experiences, Anchal Mishra infuses Gamak Ghar (which roughly translates to the house in the village) with keenly observed characters, each with their own whims and fancies, and a sense of palpable time-passage which stands as all too familiar. The film, made in Maithili dialect, unravels through three phases, within which the familial clan convene for a couple of ceremonies, firstly a new born’s cradle ceremony, and then a decade later, ironically for Chhath Puja, offering prayers to the dead. The third phase is when harsh realities strikes Gamak Ghar, as it is left neglected by the family which has long moved on, in pursuit of their own lives and ambition, and slowly withers away into non-existence.

Achal Mishra, who has written and directed this film, as the film opens, takes the luxury in slowly peeking inside the ancestral home, leisurely interacting with a group of card playing adults who break into friendly spats over their game, playfully following a bunch of kids amidst their hide and seek game, and tenderly conversing with the women who find little joys in their harmless gossiping and preparing oily delicacies. Achal Mishra and cinematographer Anand Bansal, make a seemingly voluntary decision to introduce a certain amount of laziness while introducing Gamak Ghar, which reminds one of the whiling summer afternoons spent doing absolutely nothing. For anyone who has had the opportunity, nay privilege, to visit their ancestral homes and spend their holidays in the coziness of the village, this phase of Gamak Ghar will be a nostalgic whisper, one which instantly brings to mind, a setup ripe with loosely clothed cousins and hay packed mangoes. In realizing this world, Achal Mishra derives from his personal heritage, drawing inspiration from his relatives. The extended family, constituted by three brothers and their families, each leading their life in a distinctly different manner come together coyly hiding their trails and tribulations momentarily, to enjoy stretched out discussions about meat, Delhi, floods and occupations, for no apparent reason. The cousin, the eldest one of them being Guddu, is the errand boy of the house, who is allocated duty of doing everything outside the house, from bringing assortments to the fish curry, to plucking ripen mangoes for the ceremonial dinner, and playing a Salman Khan movie in the VCR to keep the kids engaged overnight. As time progresses, we see Gamak Ghar welcoming grey-haired men and aging cousins, each facing life with their inherently grown philosophies. The Ghar itself has grown old, as the women no longer scamper around overfeeding nicker clad kids but have appointed a cook to take over their basic hunger pangs. Maggi has replaced hand cooked potato sautés, as slowly convenience overrides caring. At this phase, the pertinent floods, have taken the backseat in discussions as no one really cares anymore. As the people grow old so do their fixations. As is often seen, responsibility is no longer intended to be shared or contributed. It is to be borne, individually. The films shines brilliantly in using the technology at its disposal to better further the time passage. An apparent use comes from the change of aspect ratio. While phase one set in 1998, is shown in 4:3, the film chooses the second phase set in 2010 to be shown in 16:9, and finally resting at 2.35:1 for the third phase in 2019. One can truly appreciate the cinematography by Anand Bansal, who brings the lush green mist blanketed village of Madhopur (near Darbhanga in Bihar) to life, often so brilliantly well that it imbues a sense of livelihood right away. Photography, as it were, is an integral storytelling tool within the film, one which is shown to be a shared hobby within the cousins. Anand Bansal revels in capturing the slightest of details of the house, be it the dismissively positioned wooden arm-chair, or Sachin Tendulkar’s cutout poster from ’96 World Cup, or one-door mirrored rustic iron almirah or the crooked clasps of an aluminum storage box, the camera stays a second longer to reminiscence the world oft forgotten.

The camerawork is ably supported by Anshuman Sharma who provides simplistic yet poignant instrumental music to showcase the transcendence of time and implosion of a stranded house. Sharma picks his instrumentation with precision as he builds the soundtrack with heavy decorum of cello and piano percussions. The music sways in the phase one of the film, capturing the youthful exuberance of the place filled with random laughs and proud longings. As the film progresses, Sharma employs a certain serenity and calmness to the proceedings, which further delves to melancholic stubbornness of a withering house standing against its fate.

The production design in Gamak Ghar plays an essential role in conveying the pathos of abandonment. Avni Goyal takes up the responsibility of ensuring that the Ghar has its own life-cycle, characterized by brightly colored walls turning to wrinkly botched up ones, and well-attended plantations turning to dreary offspring’s. The design also takes care in showing subtlest of details with the sharpest of outlines, like a grandma’s crumply tucked mosquito net, or an oddly handle-locked motorcycle, or pillar supporting wooden beams on which birds chirp safely, all bring in a sense of comfort in projection. As it were, all these elements depreciate in form and substance as time passes, and tiredly become irrelevant. Gamak Ghar as is implied from the first frame is a personal story told without any apprehensions or biases. As a docu-drama, Gamak Ghar relies on its storyteller, the debutante Achal Mishra to illustrate every single frame of it. Achal Mishra uses his family’s legacy proudly, as he ponders over his grandfather’s (playwright and actor Kedar Nath Mishra) plays and writings via one of the characters and celebrates his work in a meta-definitive manner. His wide-eyed observation and detached pondering help the movie refrain from adhering to a character or preferred narrative to deliver its essence.

Gamak Ghar is after all a carefully woven story about a family in its wholesomeness and not an individual. It is about the mosaic of time strapped relationships centripetally attached to a location, remembered by most as home.