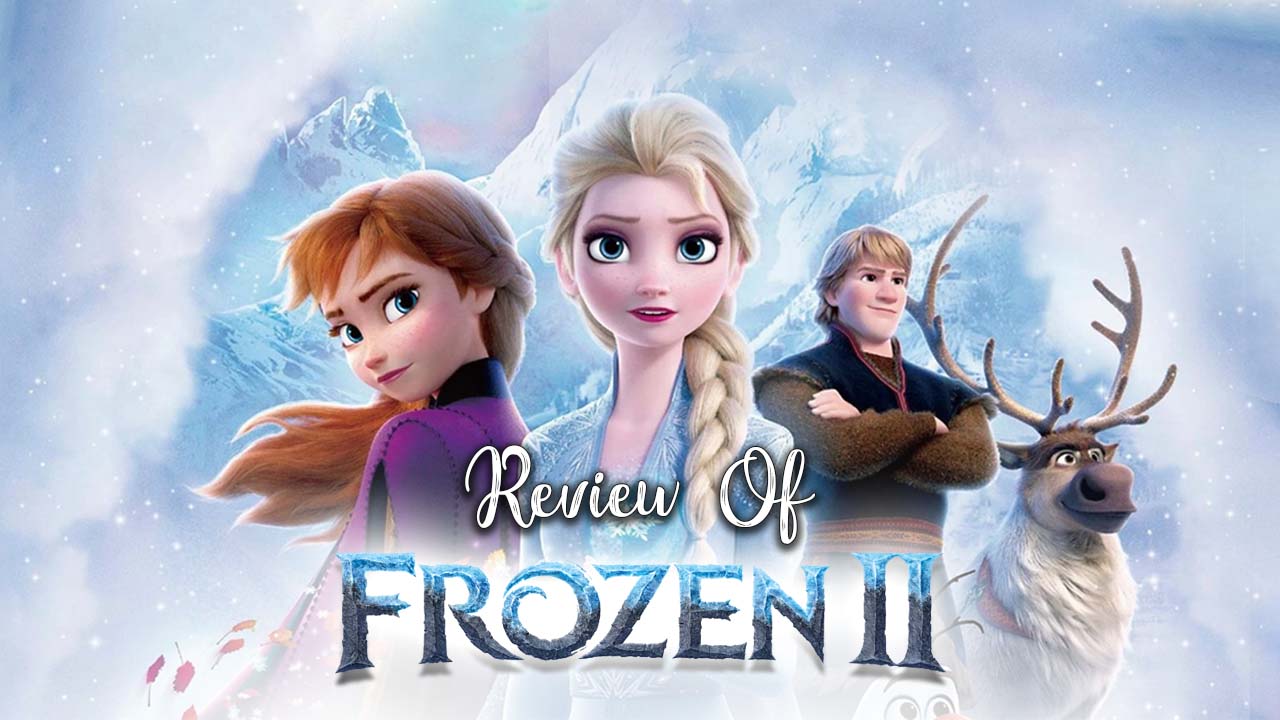 A fitting sequel to the Frozen franchise, that stands out for its meta-based humour and top-notch VFX and animation. Frozen 2 follows the story of two sisters- Anna and Else from Arendelle who set out on an adventure to save their kingdom from grave peril. With acceptance being the precedence in the first part, Frozen 2 deals with exploring the potential of Elsa’s powers and tracing the origin of their family. With Sven, Kristoff and Olaf as company, Anna and Elsa journey to a destination that surpasses their wildest imaginations. With the ultimate goal or McGuffin being very similar to the first film, the writers could have explored another line of origin with the current story revealing logical flaws in the prequel.

Voiced by Kristen Bell (Anna), Idina Menzel (Elsa), Josh Gad (Olaf), Jonathan Groff (Kristoff) and strongly supported by Sterling K Brown (Mattias) of American Crime Story fame and Evan Rachel Wood (Iduna) from Westworld, the film has oodles of meta-humour infused with a beautiful soundtrack. Sometimes, the extremely long playlist hinders the screenplay’s pace a couple of times but negligible, nevertheless. Olaf’s dialogues and perception of life is a delight to watch and ponder upon even after the credits. Elsa’s constant revolt to do things alone becomes a tad bit overbearing but her storyline finds a satisfying character arc, this time. Comparatively, Anna has lower screen presence and lacks depth when you look at the bigger picture. Kristoff just fades away like a mist after 30 minutes into the film.

The Enchanted Nature Of Things…

An enchanting tale that dwells deep into the ancient philosophy of worshipping elements of Nature set in the autumn backdrop. Based on supernatural beliefs and an ages-old lullaby, the premise even though being promising and exciting, falls short of expectations and ends up being predictable.  With the screenplay being compact overall, the songs slow it down, turning into pop-up ads you could skip.

The entire Frozen franchise focuses on accepting outcasts and “different” people, their “magical” powers and overcoming FOMO (Fear of Missing Out), in general. The thematic notions and philosophies using subtle metaphors and flowery laced dialogues, Frozen is a new generational, progressive Disney fairy tale packed with entertainment, humour and innocence, in the right balance.

Frozen 2 is an entertaining musical throughout but when you look through the façade of brilliant VFX and sound design, there’s a predictable Disney story within. A typical Disney story hidden behind flawless makeup and breath-taking emotions. Whilst the prequel questions our stereotypical notions and leaves you teary-eyed in the end, Frozen 2 disappoints on these very same aspects it promises to deliver.