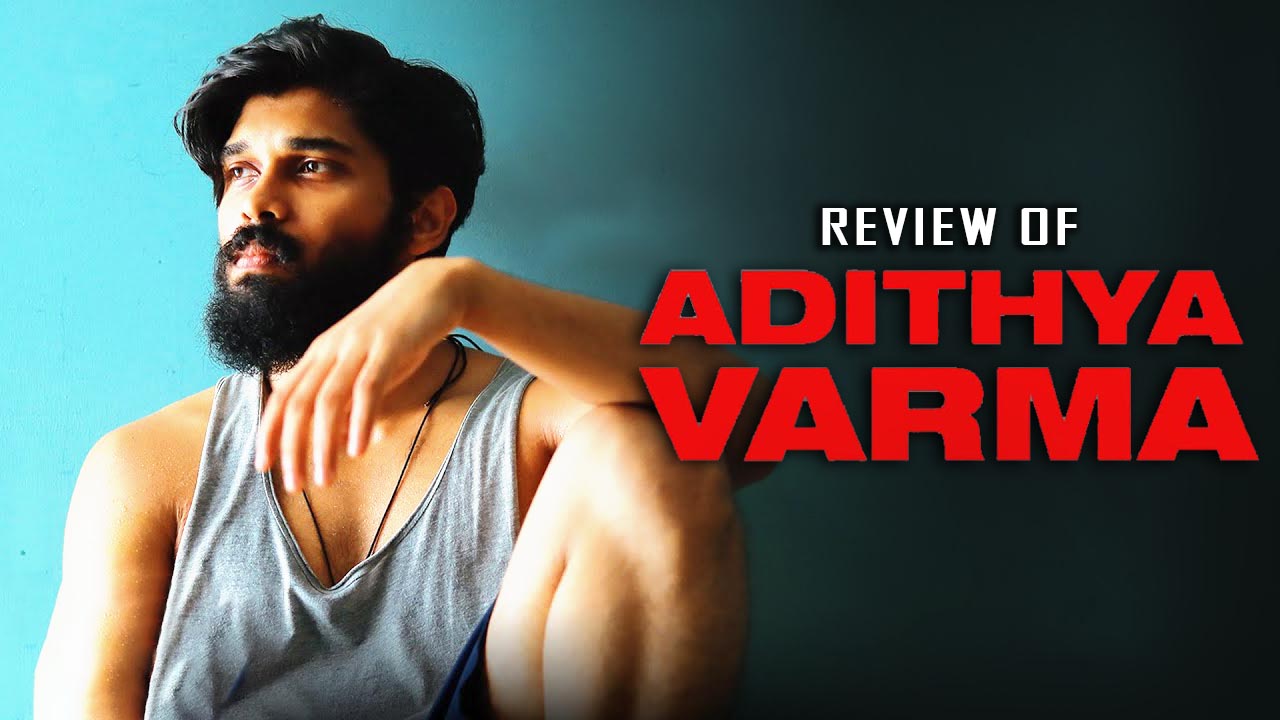 We have witnessed many love stories in various films over the years. But one particular film that changed the game with its unique approach was Arjun Reddy. Sandeep Reddy Vanga told an unconventional love story two times (Arjun Reddy and Kabir Singh), both in a different manner and gaining huge success both the times. Now, we are set to see another remake of this unique story, this time in the Tamil language titled ‘Adithya Varma’, helmed by the debutant director Gireesaaya, who has also worked on the original film. Adithya Varma also happens to be the debut of actor Dhruv Vikram, son of legendary actor Vikram. Let’s delve deeper to understand this film.

The protagonist of the film, Aditya or Adi (played by Dhruv Vikram), is an excellent MBBS student and a house surgeon, who has major anger management issues, due to which he keeps getting in trouble quite often. Adithya falls in love with his junior Meera (played by Banita Sandhu) and would go to any extent for her. But then due to some unfortunate incidents, when Meera is no more a part of Adi’s life, he becomes an alcoholic and a drug addict, affecting his sense of right and wrong and messing up his professional and personal life adversely. This is the overall story of the film.

Now, this film is purely character-driven. The narrative heavily relies on Adithya Varma and the world around him. Adithya Varma is a flawed character, who keeps hitting the opposite sides of the morality compass quite often. Kudos to Dhruv Vikram, who is starting his acting career with this film and has taken a bold step by agreeing to play a flawed character in his first film itself. His character is the soul of this film and the majority of the onus lies on his shoulders to carry the narrative and the film forward. And Dhruv just nails it. His portrayal of Adithya Varma is convincing and empathetic. Dhruv does an incredible job of exploring Adithya Varma’s deeply hidden emotions and shows the vulnerable side of Adithya beautifully. He manages to bring the rawness and edginess the character has and adds his own signature to the character by his sincere and honest portrayal. Considering it’s his first film, he aces the role of the lead character and easily owns up the responsibility of taking the film upwards. It could be the genes!

This film’s biggest advantage is the fusion of an engaging story written by Sandeep Reddy Vanga, and a flawed, vulnerable and morally ambiguous protagonist. Hence the screenplay is very tight and never slows down. The length of the film, which is shorter than the original, looks crisp. Although I would have liked if some of the scenes from the originals were included, as they depicted a bit more detailed study of the protagonist’s behavior and ideology. Nevertheless, the film still keeps you engrossed almost throughout its runtime.

A Breath Of Fresh Air

Banita Sandhu who plays the character of a girl, who is independent in her thoughts and actions, brings newness to this character. As she herself mentioned in an interview, the character in this version has more autonomy and agency. Right from the beginning, she shows a clear interest in Adithya, unlike in the original film, and never shies away from expressing her happiness when it comes to liking Adithya. There are several moments wherein Banita very confidently conveys what emotions Meera is going through, just by her facial expressions. She is an amazing talent and never fails to deliver more than she is asked to. It’s refreshing to watch her play Meera who is more assertive, on screen. Since it’s a love story, the chemistry between Dhruv and Banita is very important. And both of them complement each other very well creating the magical moments between Adithya and Meera, smoothly.

Gireesaaya who is making his debut with this film stays true to the original story, but at the same time adds his own flavor on numerous occasions. There is definitely a change in perspective as to how the main characters are perceived. He leaves his flair in many scenes which gives a new meaning to them and takes the story forward. You can see the kind of conversations he and the DOP, Ravi K. Chandran must have had when you see the way some scenes are built. The framing on some occasions helps in giving the narrative a lot more details and hence making the audience involve more in the story. I particularly liked the camera work in scenes where Adithya is morally conflicted or is behaving irrationally. The camera is a close-up shot of him and is shaky; giving us the sense of what Adithya is going through.

Though the music is inspired by the original, Radhan ups it by adding new themes to it and giving much more to propel the story and the scenes. There’s a stark difference between the music which is played when Adithya is with Meera than when she is not in his life anymore. The difference in music helps you relate to the mood of the character and scene in a better manner.

Special mention to Anbu Thasan, who is playing Adithya’s best friend, Paarthi, who cares most about Adithya and is genuinely worried for him. Anbu provides ample support to Dhruv and together they create an amazing friendship on-screen, which will make you fall in love with them. Playing the character of Ashok, Anbu looks natural and authentic. Anbu is an actor we need to look out for going forward. He is someone who looks like he can mold himself into any character very easily.

I liked the costume designing in the film as well. On many occasions, it just stands out. There are scenes in which the clothes the characters are wearing, tells a lot about their background and the position they are in. For example, Adithya is well dressed and is presentable most of the time, given that he comes from a good family and he himself is a doctor. But when he is all by himself and jobless, his clothes are simpler and more casual. Eka Lakhani, the designer, does an incredible job in adding these details and hence making it look authentic and right for the mood.