[VoxSpace Life] Nudity As An Art Form : An Integrity Or An Iniquity As Told By The Story of Egon Schiele. 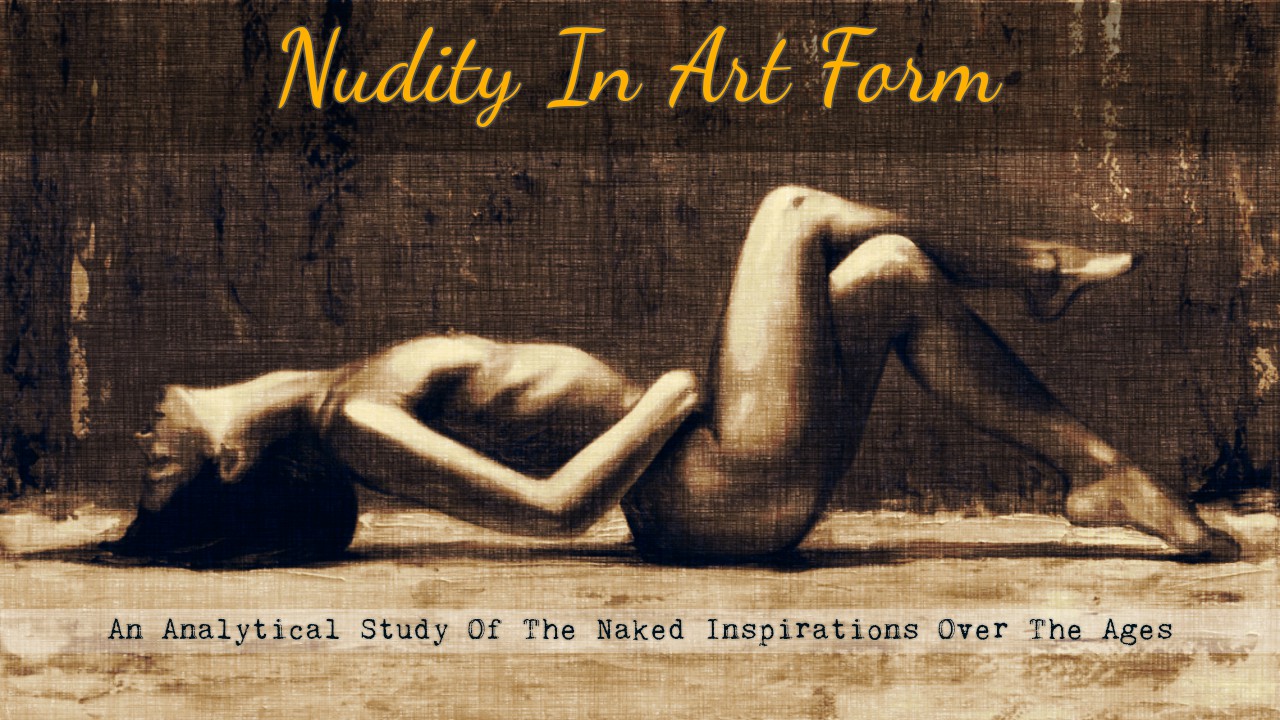 Ever wondered why the naked body has been an impeccable force of the art? Over the period, we have come across several types of nudity in the global art, right from the medieval period to the Renaissance and it is even predominant on the regional level as well. The mere image of the human body does ignite the mirror neurons that have the ability to display all the different aspects of the human body, a bit more than what we can express through the clothes. Most of the people in everyday life feel that nudity is something that shouldn’t be flaunted in the art. Nudity should be hidden in the artist’s studio. As much as this seems reasonable to certain types of people, it is a mere annoyance to people who often attempt others from learning about the intricate details of the human form. The Depiction Of Nudity In Art

What does nudity in the art usually depict? Does it allude to an ulterior motive or do the artists convey anything else? To actually understand the importance of nudity in art, one has to get back to the time when sculptures were the renowned art form. The sculptures back then were created to narrate various aspects of the society, including people, religion, customs, culture and even government. They have been an astounding part of the society, adorning the palaces, houses, forts, gardens, public places, and even the temples.

Because of their subject of the art, the sculptors required high imagination skills to bring life to the sculptures. This is why, many sculptors across the world have experimented with the symmetry, the angle, the pose and the placement of the body parts to make them life-like. With the main goal of enabling the viewer to perceive the exact emotions from their art, the artists had to go beyond the facial expressions to convey their subject, which led to the usage of body expanse. However, one of the main reasons for the outright eroticism is that the Khajuraho temple is known to be a breeding ground for the practice of ‘Shaktism’ and sex being a sacred ritual in it, the sculptures are bold and boisterous. While only 10% of these sculptures revolve around sex, that not only involved the deities, but also the celestial and ordinary beings; the rest of the sculpture speak the life of a common man. Altogether, these sculpture again give us the idea that God is the central element of one’s life, even when he’s indulged in day-to-day materialistic activities.

Nudity, As A Religious Concept – Of Naked Goddesses And Divinity

Speaking of which, Nudity has been interconnected with the spiritual renunciation in India and also in other parts of the world. As much as the story of Lord Krishna stealing the clothes of the Gopikas drive us to the point that one has to be independent of bodily inhibitions in order to attain the love of God, the Bible also quotes that a person should go nude to the God. (“Your nakedness will be uncovered, Your shame also will be exposed; I will take vengeance and will not spare a man” – Isaiah 47:3). Even among the Jains, the epitome of the renunciation, bear no robes at all, and they consider it as a symbolic gesture of the sadhana. That being said, nudity in art symbolizes the deep spirituality of a person.

Nudity and Human Emotions – A Deeper Understanding Of Thoughts

The bare body of nudity art gives an artist more room to represent the emotions including desperation, anger, and power. With the limbs and the arms uncovered, one can project a greater degree of expression of movement. For example, when you see an art piece with bulged veins, sinewy legs, ribbed stomach, contoured torso, taunted muscles; the exaggerations also display the mental stability of the character.

One major example of these sculptures is the Laocoon group, a famous art form of the Greek character Laocoon and his sons. The sculptor here uses the nude body to show their struggle (involved with fear, anger, and agony) with the serpent. Such kind of sculptures later inspired the painters of the Renaissance period, say, Michelangelo, to borrow the nude technique in order to bring an emotion to the story.

Mastering the painting of a human body is one of the truest skills and indeed a vehicle for a wider degree of expression. Unlike a clothed human, a nude picture requires a perfect skin tone, good knowledge of muscle and skeletal structure, alignment of proportioned parts with the surroundings. According to Jacob Collins, an American artist, he wanted to pour all the energy required for a painter in the challenge of painting a nude image. One has to paint with humanity, simplicity, strength, and beauty in order to portray the outer body of the humans making the anatomical forms, alive and filled with thoughts.

Nudity And Valor – A Warrior To Bare All

As mentioned earlier, it was also common to use nudity to represent the valour, the courage and the bravery of the males and the coyness, fertility and beauty of the females. Artists at different times have used nudity to evoke a sense of innocence as well as a divinity in the viewers. However, it was after the rise of global Christianity and the start of the users filtering their beliefs through it, nudity has become a humiliation and a shame.

The renaissance revival, followed by the Rocco and Baroque periods have brought a frivolous play to the eroticism. There were the voluptuous females of Ruben, who was carefree and sensual. There were the intense Degas nudes and the subtle Manet nudes. Over the period and over the artists, the female nudes has become the subject of flippant moods where new themes came up where they would either go for a picnic or bath together, relentlessly, signifying the joie de vivre of the humans.

The Story Of Egon Schiele, The Controversial Nude Artist

There are other reasons to depict the nudity of the art, one being the shock value. This shock value indeed is a medium for conveying, that has been followed by Egon Schiele, one of the most underrated yet profound nude artists.

However, many of his works are titled literally, offering a shorter description of the subject. The three unblemished arts of Egon Schiele that gained pre-eminence are:

Lying Woman (1918): If you observe the lying woman, the subject in this picture is entirely nude. However, the distinction between other nudes and Schiele’s nudes are that they are fuller in the figure and they do not follow a curvaceous or a beautiful structure. They are deliberately drawn to give a doll-like plastic appearance, without a life, conveying the deadness of a human inside. Nude (1917): Another work of Schiele, this art is considered as a pornography, as the subject focuses on exploration, death, and sex, in a single frame. This is one of his finest artworks where it is decorated with dramatic colour splashes, leaving a captivating imprint on the world. The woman in this art is shown as a lonely, yet a content woman who knows how to pleasure herself on her anticipation of death. With the whole world claiming that his art of nude women is grotesque, he claimed that they reflected his unending adoration for women. Egon Schiele is indeed a feminist who placed women at the focal point of his art. He is an immense lover and not a hater.  That being said, the nude evokes many things. The nude has been seen to represent the purity and the innocence, along with the sensuality and the sexuality. Nudity can either be an Apollonian, show the euphony of the human geometry or Dionysian, expressing the limitless emotion and energy of the human body. It can also be modern, flaunting the distorted power, pride, weakness, shame, pain and the pleasure; all of those things that one experience while being in the flesh, with the different images of the same flesh.

What Does Nudity Mean To An Artist?

The scientists rail against the idea of spirituality, but still can’t resist the idea of mortality of the human body. For all the people in different cultures, the human body is a bigger threat to order the freedom, reminding of the materialistic joy. Nudity reminds us that the humans are their bodies, the appetite, the mortality and the sexuality. They remind that the animality can’t be separated from the spirituality and that it is very much inclusive. The Spiritual Bearings Of Nudity

On a whole, nudity is an image of the spiritual incarnation and also of the matter. The nudity in art is an attempt to put energy into the human body openly, showing the eroticism and mortality, through the earthly cells. Nudity, when placed in art, loses the sexual connotation. The modern day world has become touchy with the concepts of sex, nudity and as a result, the budding artists are restricted from developing the art. An example of this is when Pete Panse, a high school teacher in New York recommended the students to enrol in the figure drawing course where nude drawings are taught. He out of nowhere was forbidden from the school and got fired.

While there is a wider social concern, we should also teach the people about the art awareness. In a free society with a freedom of expression, putting a lid on the artist’s creativity diminishes the appreciation of nudity in art, causing a filter on the expressions of the totalitarian. So, what good does the artistic expression hold if we have a truckload of silly reasons stopping us from embracing the centre idea?

4,681 thoughts on “[VoxSpace Life] Nudity As An Art Form : An Integrity Or An Iniquity As Told By The Story of Egon Schiele.”