The Change That India Needs

When you see or hear this dialogue there is definitely a momentous feeling of being the change, but the next day it’s again the same old – same old story. And then there are few who want to be the real change, who want the society to prosper, who raise their voice to tell that ‘enough is enough’.

One such guy is Dhruv Rathee. A Youtuber, Dhruv started off on YouTube as any normal person, but experiencing constant propagation of fake news and misinformation from mainstream media and on social media, led him to step up and to dig the truth and put the true facts in front of the people of India.

Anyone who follows politics would definitely have come across his name. He has been in many debates and has posted many videos where he has exposed the fake propaganda of many a powerful political party and powerful people. In his official Facebook page, he writes

“I make informative in-depth videos on social, political issues on YouTube and expose the paid propaganda/lies spread around in India to fool the people. With most mainstream newspapers, social media channels becoming sold out to different political and corporate influencers; it’s hard to trust what you see on the TV.

Therefore I make all my videos, graphics and posters with evidence. I do not delete any criticizing comments as long as they don’t use abusive language.

Feel free to PM me if you have some propaganda waiting to be exposed or want me to expose lies through videos. Also, feel free to point out if any of my facts are wrong. I’m all for any logical discussion.”

In the beginning, he started as a normal Youtuber and posted random videos, his path changed when he posted this funny and fact-checking video

Here he makes his message clear of how a party and the Prime Minister of our country is ‘before’ and ‘after’ the election and how many influential people are only men of words and dummies of action. In the last line of the video, we hear this dialogue “ Janta ko mat jagao ye kisi kaam se sori hai” which unquestionably is a tight slap on the face of Indian citizens who do not care about facts and blindly vote anybody.

His story is that of a modern-day “David vs. Goliath”, where he takes on many powerful organizations.

One of his latest video which has gone viral shows how IT cell of BJP works; this was exposed with the help of an ex-member of the IT cell. Because of this video he was trolled and has received threats and also a police complaint was registered against him, which he just laughed off.  Here is the link to that video

Dhruv believes that fake news is the wickedest thing, as it leads to the death of innocent people and various other results.

He says “The growing phenomena of fake WhatsApp forwards, Photoshop and propaganda websites on the internet and social media have led to dangerous consequences in India recently. In this video, I teach you to identify and spot different types of fake news and give a few tips on them-

2. When in doubt, always Google search

3. Don’t trust the government either

Here is the link:

Dhruv Rathee also makes videos on the environment and the degradation of it in India. Recently he had made a video on Air pollution in the country, which I would recommend people to watch:

The reason why he is gaining popularity is that he presents facts with the source and does not play the blame game and whataboutism.

The Future He Hopes For 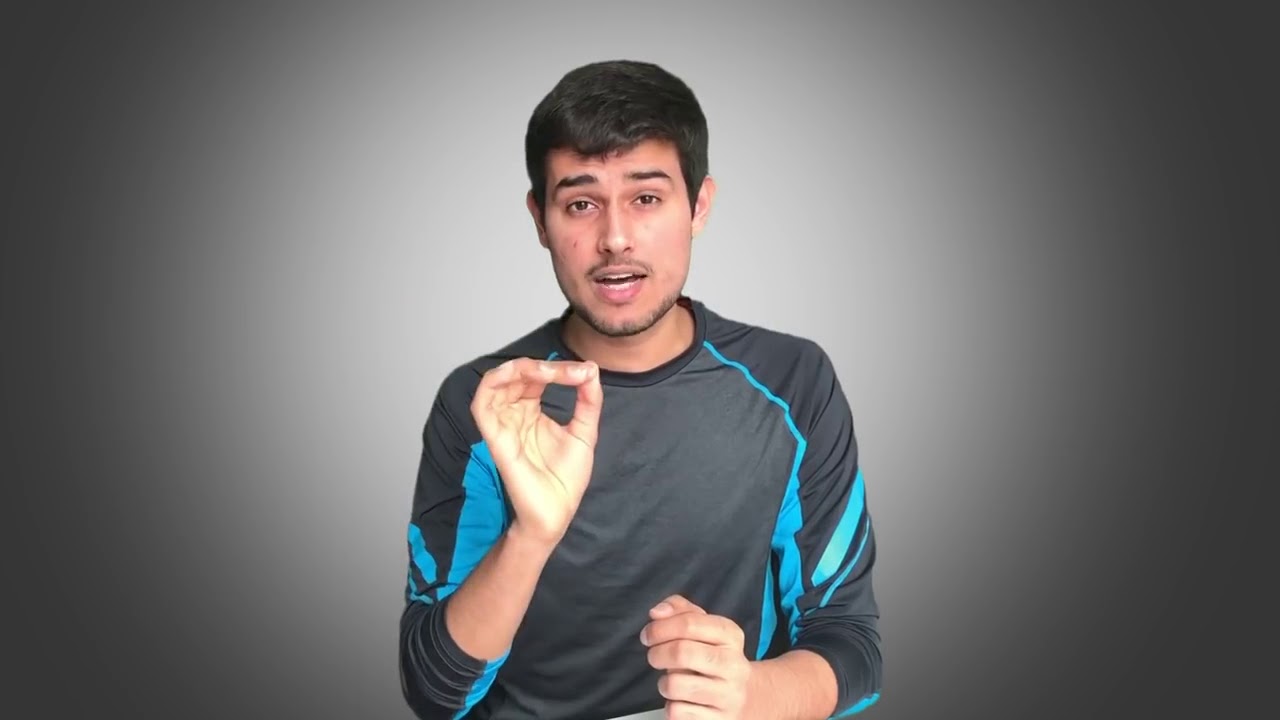 When talking to newsd about his future plans, he said:

“I will continue to utilize the social media platform for spreading mass-awareness and education among people. There are many problems which can be solved if people are aware and act on them together, I would like to be more solution-oriented in the future so as to help people in improving their rational thinking and in turn, the world around them.”

“There is a serious lack of critical thinking among Indians, for which I would blame the rote learning in our education system and “your seniors & elders are always right” culture. This makes a lot of people very gullible, easy to get fooled through some easy marketing & PR tricks, which is very dangerous for the society on the whole. Not only does this affect our voting behaviour, but it also makes us easily exploitable by advertisers, scammers, and corporations.”

People like Dhruv Rathee are the need of the hour and I am not telling you to blindly follow him, first see his videos, and check the facts, then question, criticize and understand his views, then if you are hand in hand then support him.

In my words “he is that one person who will make a huge difference in the shaping of the country politics through journalism in the near future as he is a youth and connects with other youth easily and it takes lots of guts to stand up.”

You can either post your questions or message him on his Facebook page. As he has mentioned that he is open to positive criticism and ready to take any question anytime.

Good journalism needs support and truth needs even more support, so people do check Dhruv’s page and support after acknowledging him.