[VoxSpace Life] In Search Of A Baby : The Predicament Of Adoption In India 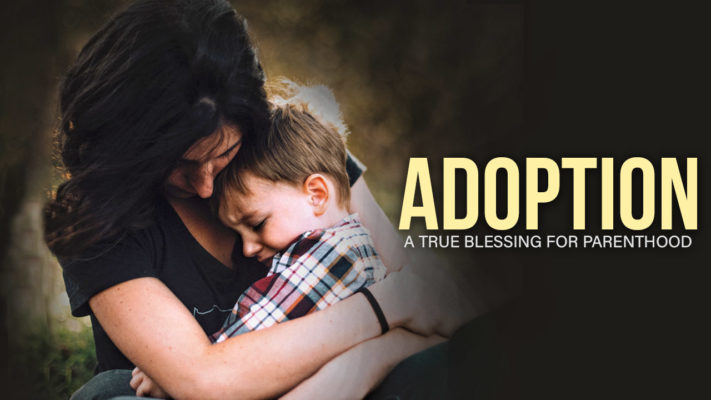 The subject of this write up may seem bizarre to a few of us as we come across scores of babies all around us every day.  This is one area where no discrimination is on display between rich and poor. Even a pavement dweller may be blessed with a couple of kids whereas a rich man in his vicinity might not be that lucky in this regard. This is where adoption is a viable choice for the couples.

Infertility is a natural phenomenon which is now on the rise in India and elsewhere in the world.  The reasons for lower fertility amongst Indian couples may be attributed to ever increasing pollution, contamination of food with pesticides, delayed marriages and delayed children, medical causes like Polycystic Ovarian syndrome, fibroids and genital TB etc.  Consider these facts and figures mentioned below to understand the extent of the enormity which this problem is acquiring-

What I Wish I Knew: Six Women Share Stories of Infertility

The stigma of infertility is still so strong in India that even educated couples live in denial for long.  They try both conventional and unconventional methods for conceiving a child. When all efforts to conceive naturally fail, then desperation sets in.  In such cases, couples even try to find a solution through unconventional methods like astrology, Vastu, Feng shui etc. Conventional methods to conceive like IUI, IVF, Sperm donor technique, egg donor technique, surrogacy, other advanced techniques etc, which are in vogue these days, are tried one after the other in search of that elusive baby.  Some even take shelter in Ayurveda, Unani or traditional Hakim’s / Vaid’s. As years pass by and their efforts fail, the desperation of an infertile couple keeps on increasing and is compounded by social stigma. Even in today’s advanced age, several households consider infertility to be a curse from God. If a man is found inadequate and is the reason for the infertility of a particular couple, the society grudgingly accepts it but the tables turn upside down for a woman.  Infertile women are often taunted, abused and looked down upon by their friends and family. Several educated and rich households too go to such an extent whereby an affected infertile lady from their family is asked to stay absent for any auspicious function in the family. In nutshell, the affected couple especially the lady, turns into a mental wreck over the years.

The least preferred method of tackling infertility in India- Adoption.  Somehow the Indian psyche still pines for their own flesh and blood rather than adopting somebody else’s baby. To fulfil their fetish they go for multiple IVF’s (which is a painful procedure for a lady) and even settle for donor eggs/sperm donor (though knowing full well that half the genes of their expected child are not theirs anyway).  Though these methods are painful and costly yet families take refuge in them most of the time. When everything else fails, couples are compelled to go for adoption as a last refuge. Though times are changing and several infertile couples go for adoption as their first choice for overcoming their problem, yet many still procrastinate for long, before they settle for adoption.  The prime reason for their reluctance to adopt is that the religion and caste of any child available for adoption is mostly unknown. The strange part is that while going for surrogacy or egg/sperm donor, these prejudices are often overlooked. But such is the Indian mindset, which is slowly but surely changing.

Challenges Of Adoption In India

We The People: Single parents, changing India - Has the law kept pace?

Traditionally those Indian couples who were progressive enough to go for adoption generally preferred to adopt from within their extended families only, but this method gave rise to several controversies and court cases.  Sometimes the natural mother/father of the adopted child used to stake a claim for their donated child later on in life, despite agreeing not to do so initially. This resulted in bitter court cases etc between the 2 parties involved, which ultimately affected the adopted child in a big way, both mentally and physically.  To avoid such instances, the Government Of India had instituted its own body named CARA (Central Adoption Resource Authority) under Ministry of Welfare in 1990. In 2006, CARA was transferred to the Ministry of Women and Child Development as its statutory body. It functions as the nodal body for the adoption of Indian Children and is mandated to monitor and regulate in-country and inter-country adoptions.  CARA primarily deals with the adoption of an orphan, abandoned and surrendered children through its associated/recognised adoption agencies. Though CARA has been set up with noble intentions, yet its procedure for adoption is quite complex and time-consuming. Let us summarise its adoption procedure in brief-

It may be noted that as per recent changes in CARA guidelines, a successful PAP has to deposit around Rs 55, 000/- at various stages during the entire process.

Challenges Of Adoption Through CARA

A law-abiding couple will always seek refuge in CARA for legal adoption as against illegal and parallel adoptions though touts and private hospitals in remote corners of this Country.  But as stated above, the process of adoption through CARA is pretty time consuming and tedious. By its own admission, CARA prefers a prospective adoptive parent to be financially secure for the well being of the child.  This means that it tries to deliberately leave out those who come from the low middle class and below. CARA achieves this by stipulating a host of documents which a person from these strata won’t be able to submit. This seems unfair as even a petty salesman can nurture a kid if his intentions and intent are correct.  Secondly, the home study report prepared by SAA’s are sometimes misused to extract money from PAP’s. If an SAA is displeased, it can simply state in its report that home environment of a PAP is not conducive for the adoptive kid and reject the PAP’s adoption bid. Then comes the excruciating wait for the adoptive kid (1.5 years on an average).

It may be noted that often parents who decide to adopt are 40 plus in most cases. Later comes the issue of recently introduced adoption charge/fees of Rs 55, 000/- which seems quite unnecessary. This has supposedly been introduced to discourage conmen from joining the adoption queue. However, this argument seems brittle as a conman won’t be dissuaded by a mere Rs 55, 000/- as he stands to gain lakhs of rupees for placing the child in wrong hands.  This actually taxes a good PAP who has to anyway incur lifelong care and expenditure over their adopted child. Finally, come the court hurdle and travails of travelling to the adopted child’s location. A successful PAP is given a mere 20 days to travel to the child’s location. Given the reservation scenario in trains, this seems to be a long ask for a PAP residing remotely from the child’s location. Further, if the PAP secures foster care of the child, then travelling back to his native place again poses another difficulty due to reservation unavailability.  Within 2 months a PAP is again supposed to travel to that same place and appear before a District Court. A District court bench sometimes doesn’t convene or is adjourned abruptly for several days altogether. A PAP gets stranded in an alien location in such case and keeps bearing the hotel and food charges during his entire stay period. This is again followed by the nightmare of train reservation.

All in all, the adoption procedure is heavily tilted in favour of CARA and gives scant regard to the already distraught PAP’s.  CARA does not see this exchange as a quid pro quo between itself and PAP’s but rather doles it out as largesse from its stable. CARA in this context needs to cultivate some more sensitivity towards PAP’s who are already in distress due to their infertility.

Future Of Adoption In India

As elucidated above, CARA is the only way to go for a couple preferring legal adoption.  The reach of CARA seems to be quite limited. Given the long waiting time involved, it is apparent that CARA still does not have the majority of Specialised Adoption Agencies (SAA’s) under its fold.  In such a scenario and given the complex adoption procedure of CARA, many parents get misled and try to adopt illegally. The movement of waiting list queue also lacks transparency. Though CARA says that the movement of the list is dynamic in nature but it does not seem so.  Even a PAP who may still be in waiting list has been seen to get child referral from CARA. 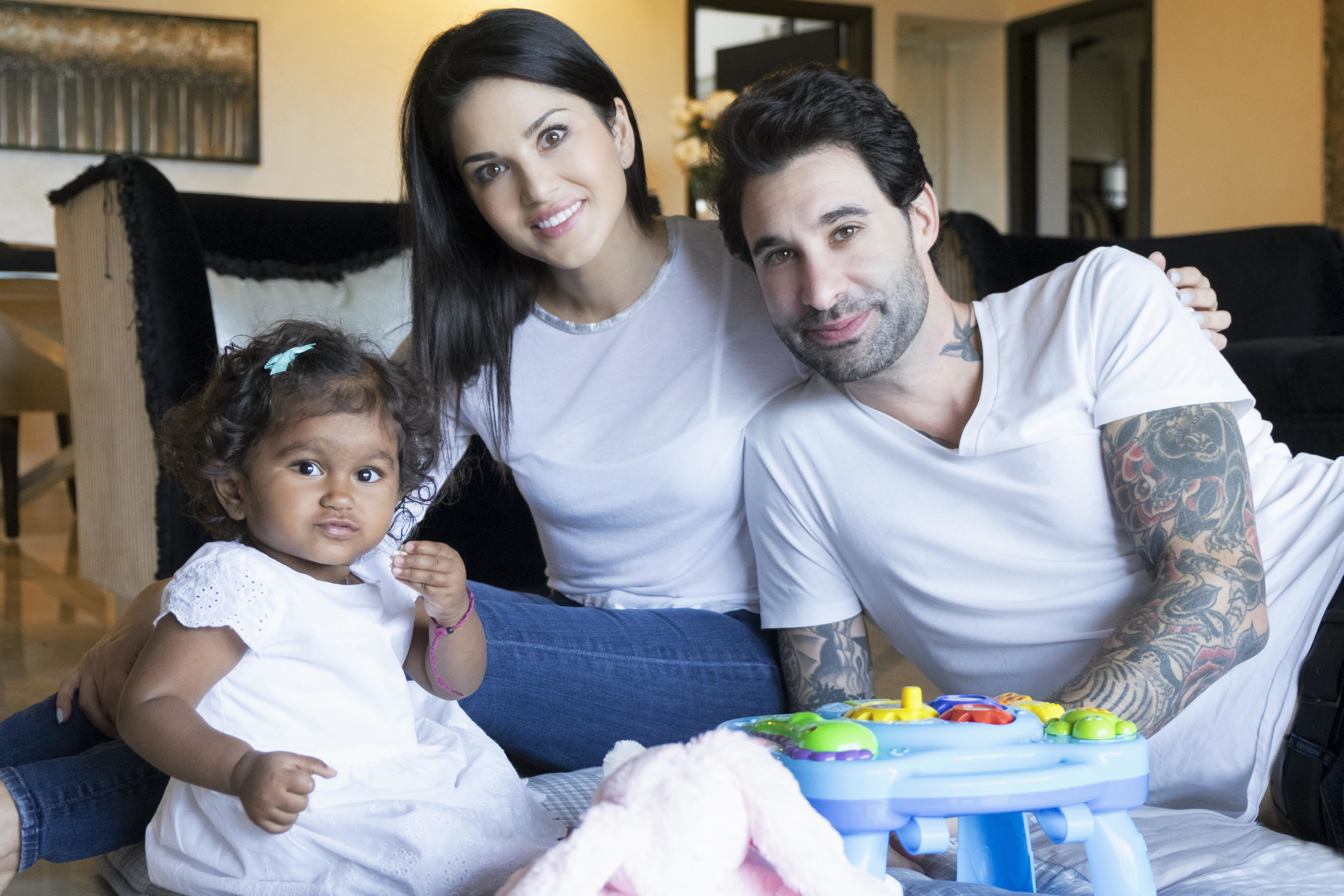 Having said the above, CARA is the only way through which more and more infertile couples should try to adopt in future.  In fact, infertile couples should take the decision to adopt as early as possible. In today’s modern times, it is important for a couple to understand that fertility is time-bound and there is a right time and age to have a good and healthy baby. It is not advisable to adopt a child at a later age due to 2 reasons-

(1) Parenting requires a lot of energy and,

(2) Life expectancy of an average Indian couple has shortened drastically, thereby pushing the adopted child towards an unsecured future in case of any eventuality to the PAP’s.