[VoxSpace Selects] Supermen Of Malegaon : A Love Affair With Cinema And The Celebration Of “Jugaad” 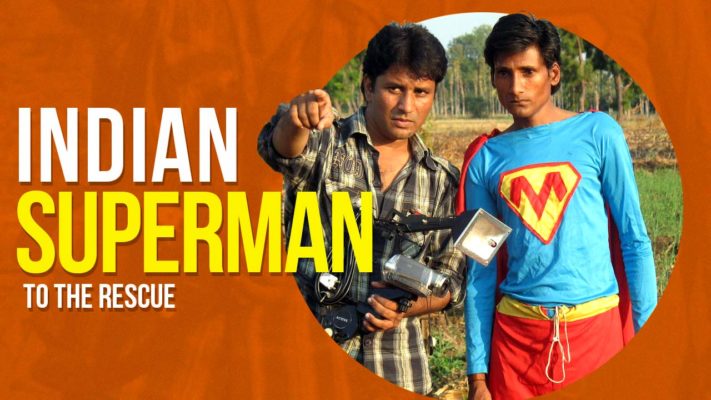 When I received my first camera, I was not happy. It was a brand new camera, but it was not the same camera that my friend had; he had gotten himself a pricier camera and that, by default, in my eyes, was a better camera. Therefore, according to me, it was more capable of taking better pictures than mine.  Although I am decidedly wiser now, I feel most of us have been there – stuck with lofty imaginations and the drive to do something amazing but falling back on the limitations and blaming these limitations for not making us reach our full potential. I would not have snapped off from this chain of thoughts, had I not seen a documentary called “Supermen of Malegaon.” World cinema – that’s what most of the pundits point to when hopeful directors ask what they should look at for inspiration. Names like Majid Majidi, Jafar Panahi, Abbas Kiarostami, and Orson Welles get thrown around. Close at home, we hear names, such as Satyajit Ray, Shekhar Kapur, Shyam Benegal, as portals to look at when one wants to learn movie making. However, my inspiration is a man, who lives in a small town in the Nasik district of Maharashtra.

The Real Superman Of Malegaon

“Supermen of Malegaon,” the documentary opens with a bleak view of a city that has nothing going for it; it is stuck in poverty, communal tensions, power shortages and a booming industry that’s slowly taking the lives of the working population in there. It is here, where you meet a man called Nasir Sheikh, the sole proprietor of Mollywood – the local movie industry. Nasir’s exposure to world cinema is through his now-closed video parlour. Yes, the very same video parlours that were there in the days, when people used to take home CDs during the weekend to watch a movie with the family, rather than just streaming it via online service. There, in the middle of nowhere, Nasir, while rummaging through the CDs of Bollywood and Hollywood movies, had a wish. He wanted to make movies.

Nasir got a camcorder and delved right into the fray. It’s an overt cliché to say if you want to do something in life nothing can stop you. However, when a cliché is backed by someone as stubborn as Nasir, it’s a tough job to avoid it. Armed with a camcorder, few hopefuls and several Malegaon-fied titles under his belt, he decided to take his biggest leap yet to make a Superman movie based in Malegaon.

What follows is a tale of ingenuity, sheer will and a lot of “jugaad.” The last bit i.e. the “jugaad” is something that one should focus on throughout the film. How could a man with no film education, no seasoned actors, and no crew walking through the entire film process make a film? What is the use of a Dolly; if you can get someone to pull you from side to side? What is the use of a crane, if you can run up to the tallest mobile network tower? What is the use of buying green screen equipment, if you can just get it sewed from your neighbourhood tailor? Although all of these things sound preposterous in movie making or at a drama institute, it is a stark reality here. Nasir didn’t have money; he had jugaad and he went on to make a movie with it.

Nasir persisted and, therein, lays the entire humbling experience of the entire documentary. The joy of creating is a holistic experience. When you are creating something from your heart, it should give you an unadulterated joy that brings tears to your eyes every time you cross a milestone, that looks simple to others but posed a huge challenge to you.

Huge Dreams, But With A Reality Check

It’s not that Nasir didn’t understand the strain it would put on him and his family. His little brother had the big screen dream in his heart. In the documentary, he keeps on warning him about the futileness of it and to not get into this abyss that he has gone through. He keeps on saying “Isme future nahi hai…” but he himself can’t stop the filmmaking keeda from coming in his dreams and making him do these movies, that will never see a larger audience. The lesson in humility comes from here; there is no difference between Nasir and the stalwart directors of the world when he utters that he is driven by his urge to tell stories, and he has to tell his stories even if the future is bleak.

Everyone, who is reading this article, for once, go and watch this movie. It is available for free on YouTube and I will drop the link below. After that, every time you are stuck just look back to this movie for a little bit of hope that’s still in you. I can promise you that this movie will help you in your dark times, to persevere. It’s a movie that celebrates movie making; India’s love with the silver screen and more importantly how important it is to dream.