In A Historical Verdict The Supreme Court Abolishes Section 377 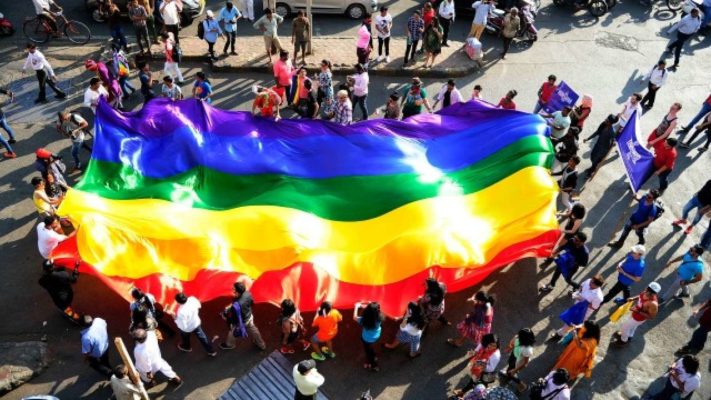 The Supreme Court of India, in a historic judgement, said that consensual adult gay sex is not a crime, scrapping Section 377. The unanimous judgement from all the judges on the bench debunks the age-old colonial law and comes after years of struggle led by the LGBTQ community of the country.

CJI Deepak Mishra said, “respect for individual choice is the essence of liberty. Respect them for what they are rather than comparing them to who they re not.” This judgement decriminalises gay sex. Throughout the hearing, the court hinted towards a favourable judgement. The bench consisting of CJI Deepak Mishra, Justices R F Nariman, A M Khanwilkar, D Y Chandrachud unanimously brushed aside the claims of the opponents which ranged from gay sex leading to group sex, incest and sodomy. The court was also firm in putting forward that no community, whatever the size of it may be, could be deprived of its sexual rights and expression of sexual orientation. The court also pointed out that the third gender has been recognised in the country and one should keep this in mind while debating about the issue.

Section 377 of Indian Penal Code has been in news for a long time now. The act was established in 1861, during the time of British rule in India. Under the title ‘Unnatural offences’, it says that whoever voluntarily has carnal intercourse against the order of nature with any man, woman or animal shall be punished with imprisonment for life, or with imprisonment of either description for a term which may extend to ten years, and shall also be liable to fine.

In 2009, the Delhi High Court had decriminalised homosexuality, with respect to sex between consenting adults. This ruling was overturned by the Supreme Court in 2013, holding that amending or repealing section 377 should be a matter left to Parliament, not the judiciary.

In 2015 October, Congress MP Shashi Tharoor introduced a private member’s bill to replace Section 377 and thereby decriminalise consensual same-sex relations. The bill was defeated in the first reading, with 71 votes against the bill and 24 votes supporting it. Then in again March 2016, Tharoor himself tried to reintroduce the private member’s bill to decriminalise homosexuality, but it was voted down again.

The judgement comes as a sigh of relief in these troubled times when the country seems to be getting increasingly regressive. The judgement reinstills the faith of the masses in the Judiciary and gives hope for a progressive society. This judgement was essential to ensure that every citizen of the country is treated equally and has a freedom to choose their sexuality and sexual orientation.