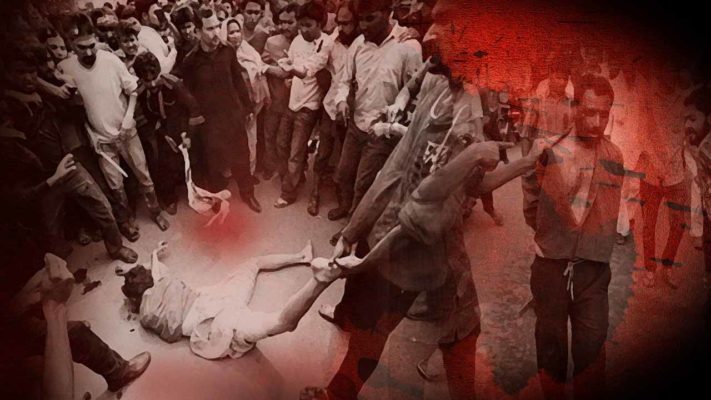 The Supreme Court on Monday agreed to hear the plea of the victim’s father in the Alwar lynching case. Rakbar Khan’s father and the injured associate of the victim had moved the Supreme Court for shifting the trial outside Rajasthan. In his petition, Rakbar’s father has also sought a probe by a special investigation team.

On Friday, a 25-page charge sheet was filed by the police in the Rakbar lynching case. The charge sheet says three persons — Paramjeet Singh, Dharmendra Yadav and Naresh — have been booked under Section 302 for murder, Section 323 (causing hurt) and 341 (wrongful restraint).

On the same day, on acting on a plea submitted by Congress leader Tehseen Poonawala, the Supreme Court had given a week’s time to the states who haven’t yet filed a compliance report on incidents of cow vigilantism and mob lynching as per the order that came out on July 17. So far, only 11 states and seven union territories have submitted the report.

The plea, seeking of contempt proceedings against Rajasthan officials, also includes Chief Secretary and Police Chief of State, among those who allegedly violated the apex court’s verdict in the alleged lynching of dairy farmer Rakbar Khan on July 20.

Rakbar and his friend Aslam were allegedly beaten by cow vigilantes in Alwar district’s Ramgarh area when was leading two cows from Ladpura village to his home to Haryana. While Aslam managed to survive as he hid in the fields, the crowd killed Rakbar Khan, the plea explains. Adding that there was a considerable delay in taking the deceased to a nearby hospital where he was declared dead on arrival.

The contempt plea has alleged that the incidents of mob lynching and vigilantism were taking place despite the top court verdict in this regard.

The Supreme Court had in an earlier verdict on July 17 said “horrendous acts of mobocracy” cannot be allowed to overrun the law of the land and asked Parliament to consider enacting a new law to sternly deal with mob lynching and cow vigilantism and directed that a slew of “preventive, remedial and punitive” measures to be adopted to deal with such offences across the country.

During the hearing, the central government informed the court that following this order, an empowered Group of Ministers has been set up to consider framing a law on mob violence.

The court directed state governments to designate a senior police officer, not below the rank of Superintendent of Police and assisted by a DSP, as nodal officer in each district to take steps to prevent mob violence and lynching. The two officers will in turn constitute a special task force to collect intelligence on those likely to commit such crimes or be involved in spreading hate speeches, provocative statements and fake news.

The states were given three-weeks’ time to identify places where instances of lynching and mob violence have been reported in the last five years. The Secretary, Home Department, of the states concerned, was asked to issue directions to nodal officers to ensure that the officer in-charge of police stations remain vigilant.

If any of the state in this list fail to file the report within this deadline, the Home Secretary of that particular state will have to appear in person for that matter, the apex court clarified on the order.