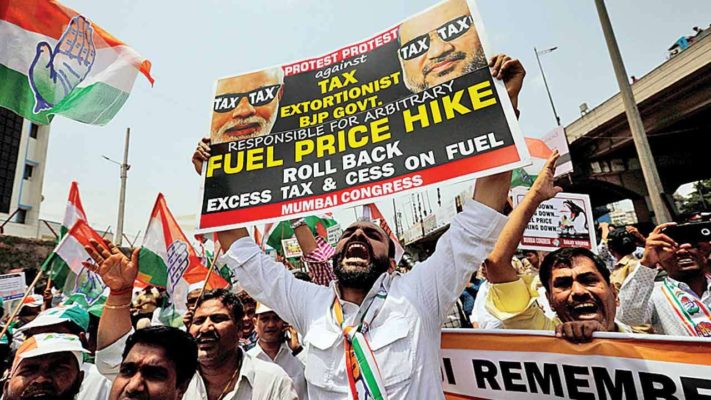 The Congress-led Bharat Bandh against the hike in fuel price was effective on the states where the opposition parties had influence. Twenty-two opposition parties, which doesn’t include the Aam Aadmi Party and Trinamool Congress, joined hands with Congress for the Bandh. Apart from former Prime minister Mr Manmohan Singh and UPA president Mrs Sonia Gandhi, opposition leaders like Sharad Pawar, MK Stalin and Left leaders supported the strike.

The effect of which was especially evident in Karnataka, Maharashtra, Kerala and Bihar. The ruling Trinamool Congress in West Bengal expressed support on the issues on which the shutdown has been called but said it was against any kind of strike in the state according to the stated policy of Chief Minister Mamata Banerjee.

Holding the BJP government responsible for the rise in petrol and diesel prices, the Congress has demanded the fuel prices should be brought under GST, by which oil prices could drop about Rs 15 to Rs 18. They alleged that the current government has collected 11 lakh crore rupees as the tax on petrol, diesel and gas, which was an “open loot” of the budget of common people.

While the Congress had called for a 6-hour bandh from 9 a.m., the CMP-led Left Front called a 12-hour bandh starting from 6 a.m.

As per the report of TOI, In Karnataka, BMTC and the NEKRTC suspended their bus services. Schools and educational institutions declared shut in most states. Protests were seen in Bhubaneswar, and train tracks were blocked in Sambalpur in Odisha. CPI, CPM workers in Vijayawada and Visakhapatnam in Andhra Pradesh held a demonstration against fuel price hike, while Congress protested in Bhongir and Hyderabad in Telangana. Uber and Ola drivers’ groups, Auto Drivers’ Association and other organisations such as Karnataka Rakshana Vedike, KSRTC, BMTC joined the Bharat Bandh in Karnataka. 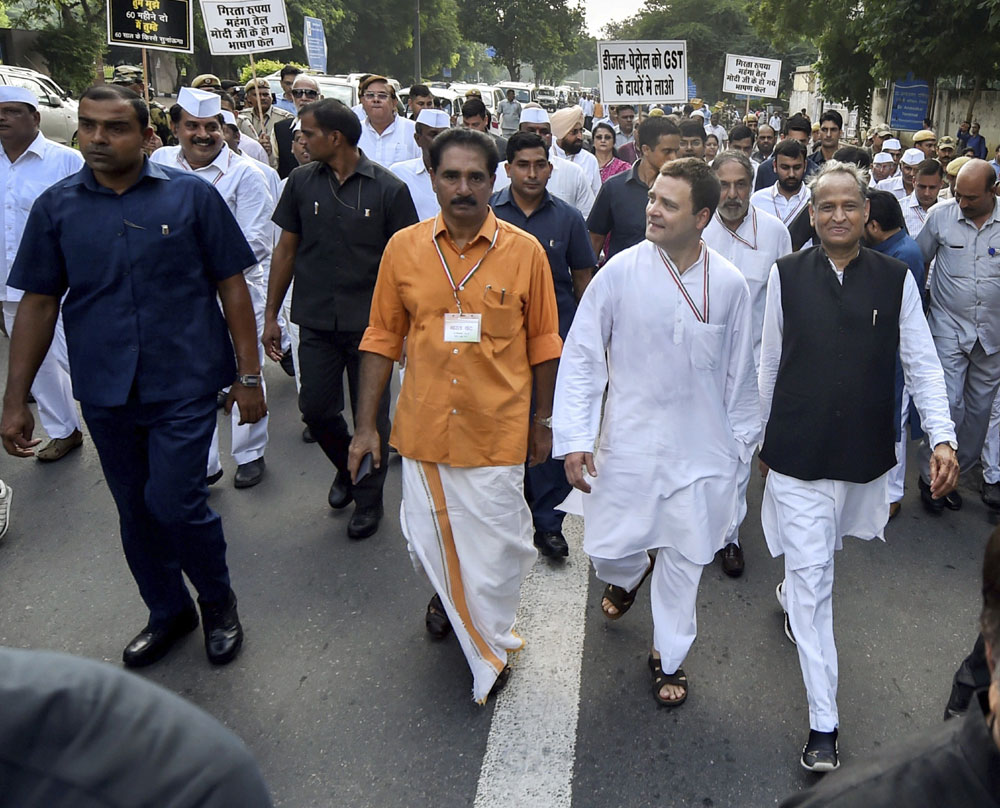 In Tamil Nadu’s Salem district, members of the Opposition parties took out a funeral procession for their motorbike in a symbolic protest against the fuel price rise. DMK district in-charge Veerapandi Raja led the procession, in which leaders from Congress — Viduthalai Chiruthaigal Katchi, Kongunadu Makkal Desia Katchi — and other parties participated.

Also, in Kanyakumari district, about 75,000 fishermen did not go to fish, to show their support for the bandh and their concerns about rising diesel prices. Across its major fishing villages like Muttam and Colachel, 2,500 mechanized boats and 8,000 smaller fishing boats stayed tethered. In Thengapattanam, fishermen protested aboard their boat, raising slogans against the Centre.

In Andhra Pradesh, Chief Minister Chandrababu Naidu announced that the petrol and diesel prices in the state will be brought down by Rs 2 each, ANI reported. The new rates will come into effect from Tuesday morning. A similar cut was announced yesterday by the BJP government in Rajasthan, where elections will be held later this year.

Violence Breaks Out In Some Regions

As NDTV reports, violence was reported in some states. In parts of Gujarat’s Bharuch, protesters burnt tires and forced shops to close. Jan Adhikar Party workers vandalized vehicles in Patna. In Maharashtra’s Pune, the police arrested six workers of Maharashtra Navnirman Sena who were trying to close shops forcibly. The Congress said it has urged party workers not to indulge in any violent protest.