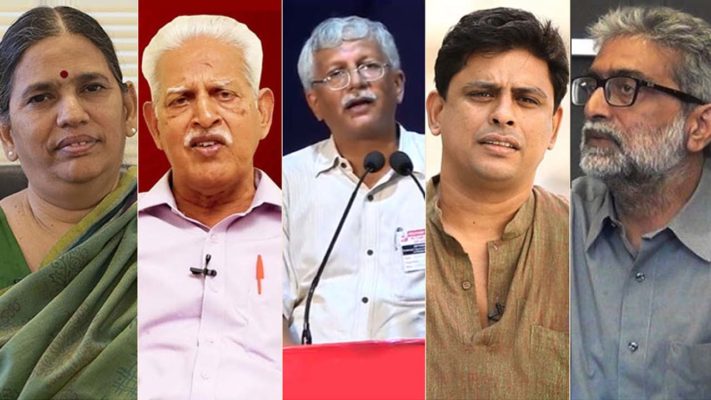 The Supreme Court has let out its verdict to extend the house arrest of the five activists who were arrested, for their involvement in organizing Elgaar Parishad earlier this year in Pune. Elgaar Parishad is an event to mark the 200th year of the Battle of Koregaon, which Dalit groups observe as a victory over the forces of the upper caste Peshwas. The five activists, namely Varavara Rao, lawyer Sudha Bharadwaj, Arun Ferreira, Gautam Navlakha and Vernon Gonsalves were arrested on August 28th. The raids were carried out in Delhi, Faridabad, Goa, Mumbai, Ranchi and Hyderabad. Maoist links were also accused on the arrested.  The house arrest extension is till September 12.

After their arrest, five petitioners, including historian Romila Thapar, had filed a petition for the immediate release of activists and asked for an independent probe.

During its last hearing on August 29, the Supreme Court had halted Pune police’s bid for the activists’ immediate custody. Instead, the court had ordered that the activists be kept under house arrest till today and observed that “Dissent is the safety valve of democracy and if you don’t allow these safety valves, it will burst.” The Supreme Court bench comprised of Chief Justice of India Dipak Misra, and Justices AM Khanwilkar and DY Chandrachud.

Senior advocate Harish Salve appeared for the complainants today. Justice D Y Chandrachud criticised Maharashtra Police for holding a press conference and told the government to direct its police to be more responsible when the matter is in the court. “You must ask your police officials to be more responsible. The matter is before us and we don’t want to hear from police officials that the Supreme Court is wrong,” the bench told Additional Solicitor General Tushar Mehta, who was appearing for Maharashtra government. The bench hasn’t passed any order restricting the police from sharing information with the media. 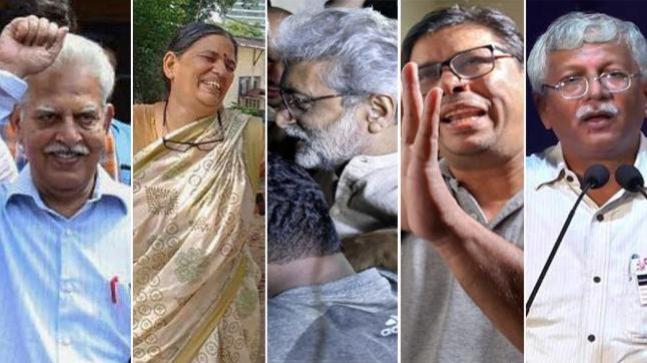 Chandrachud also added that “I saw Assistant Police Commissioner, Pune insinuating that SC should not have intervened at this stage. He has no business telling that.”

ASG Tushar Mehta retorted to the media that “Law should take its course.” The Leaflet reported that Mehta, appearing for the government, apologised to the court on behalf of the police for having commented on the issue in a press conference while it was still sub judice.

Stating that the arrest of five activists and lawyers was not about curbing dissent or “difference in ideology”, Pune Assistant Commissioner of Police Shivaji Panditrao, in an affidavit, said the activists were arrested on the basis of material recovered during a probe carried out against certain others — in June