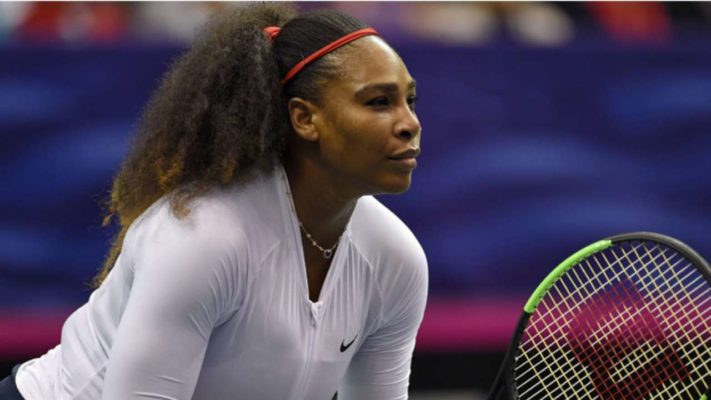 Serena Williams Opens A Can Of Worms

The US Open Women’s Final saw a dream come true. Naomi Osaka, a shy 20-years-old’s dream of playing against Serena Williams in a Grand Slam final came true. Osaka, born in Japan, moved to the United States at the age of three and grew up admiring and emulating Williams. She even wrote her third-grade report on Serena Williams.

Even though Osaka won the title, she could never have predicted the way the final would play out. The entire match was steeped in controversy and the rumblings of all the confusion and negativity began in the first set itself, where Osaka was outplaying Williams by a wide margin.

The second set saw the first intervention by the notoriously strict chair umpire, Carlos Ramos. He spotted Patrick Mouratoglou making a coaching hand gesture from Serena’s box. The gesture was supposed to instruct Serena on how to move. The chair umpire then issued a code violation for coaching, which is essentially just a formal warning.

Mouratoglou later admitted to making gesture and went on to explain that this was pretty common in the tennis circuit and that everyone did it. The general complaint against Ramos is that he should have been more lenient even though he had applied the correct rule to the correct situation. Following this, Williams told the umpire, “I don’t cheat to win. I’d rather lose.”

During the next changeover, Williams tried to have a civil conversation with the umpire and calmly emphasised that she never cheated. The umpire replied that he was aware of that fact. Following this chat, Williams assumed that she had convinced the umpire to take back the call on the code violation. But, that wasn’t the case.

Williams had almost gained the upper hand after this but she hit a backhand into the net for an unforced error which allowed Osaka to break and take the point away from Serena’s grasp. After this, Osaka exclaimed, “Come On”. Williams smashed her racket into the court and broke it. Sascha Bajin, Osaka’s coach and Williams’s former hitting partner, intervened and seemed to complain against Williams’s angry display. Throwing a racket is an automatic code violation and because it was Williams’s second one Osaka gained a point in the next game.

Williams reacted to this only after walking on the court for the next point and seeing a point in Osaka’s name. She approached the umpire and kept emphasising that she did not get coaching. The discussion got heated and the audience who were mostly in favour of Williams started booing and cheering for Williams as she got more animated. “You owe me an apology,” Williams told Ramos. Osaka held her nerve all through this and kept playing.

Williams did not relent and continued her argument with the umpire and accused him of attacking her character and said that he would never be officiating any game she was playing in. The umpire explained the penalty to the players and the crowd. He called the players to his chair to explain the situation to them. Osaka did not seem very interested in the commotion and attempted to remain focused while Williams tried to call for a referee.

While discussing the situation with the referees, Serena Williams pointed out the blatant sexism that was being implemented against her. She said, “There’s a lot of men out there that have said a lot of things and because they are a man, that doesn’t happen to them.”

She added that the referees were aware of the sexism but did not have the courage to admit it. If these incidents distracted her, Osaka showed no signs of that. With the crowd still jeering and booing, Osaka just pulled her visor down and went about her business, playing the greatest match of her career, and won it.

In the presentation ceremony, Serena Williams pleaded with the still angry crowd to stop booing and cheer on the youngster on her great feat.

This match now has sparked an intense debate on sexism the world over and greats from every field have chipped in their bits on the controversy. In all of this, Osaka seems to have suffered the greatest loss as her moment of elation and her country’s biggest achievement on a tennis court has been overshadowed by this controversy.