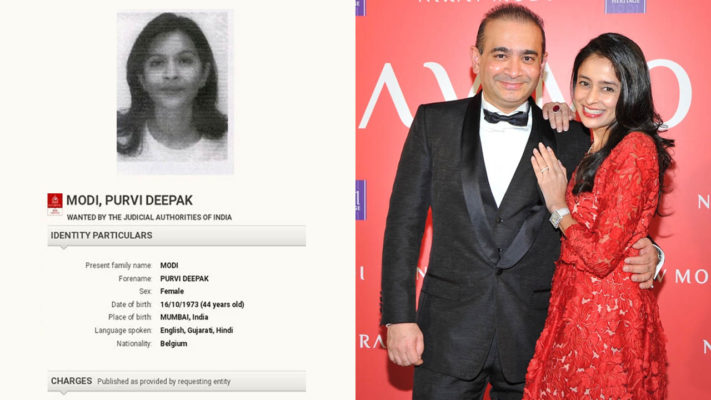 In March this year, the Enforcement Directorate named Purvi Modi in its first charge sheet for being involved in laundering the money generated from defrauding the Brady House branch of the state-run Punjab National Bank in Mumbai. The main accused in this money-laundering scam and Purvi’s brother, Nirav Modi and his business associate in the US, Mihir R Bhansali were also part of the charge sheet.

But the many businesses that Nirav Modi owned and operated outside the country kept going as usual. But, on the 7th of March this year Modi’s firm Firestar Diamond Inc. filed for bankruptcy protection at the Manhattan Bankruptcy Court, in order to protect its assets in the United States of America.

Following this, all Nirav Modi-owned businesses outside India began to shut down one by one even though they had been functioning after the allegations of fraud against him were made public.

The three mentioned in the charge sheet along with Nirav Modi’s uncle, Mehul Choksi have absconded and are missing since January. 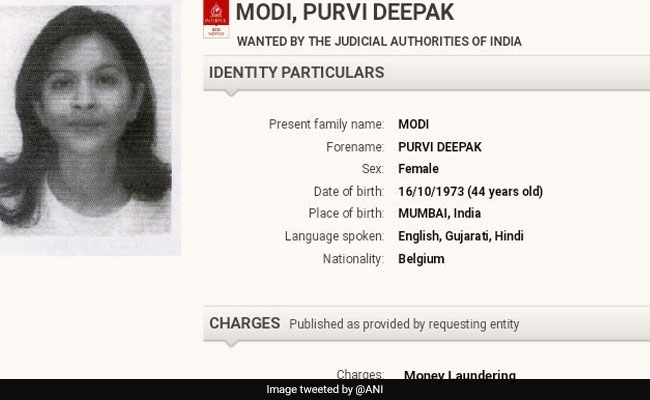 The process of extradition or deportation will begin once the fugitive has been arrested or detained.

Purvi Modi is a Belgian national who speaks Hindi, English and Gujarati, according to the information provided by the Interpol and the charge against her is “money laundering”.

Mihir R Bhansali and Nirav Modi also had similar notices issued against them by the Interpol as part of a joint probe by the Enforcement Directorate and the Central Bureau of Investigation of India.

In June, it was reported that Nirav Modi was in the United Kingdom seeking asylum at Britain’s Home Office, stating that he is a victim of “political persecution” and denying all charges against him. Meanwhile, his sister, Purvi Modi’s whereabouts are completely unknown to investigative agencies and media houses alike.