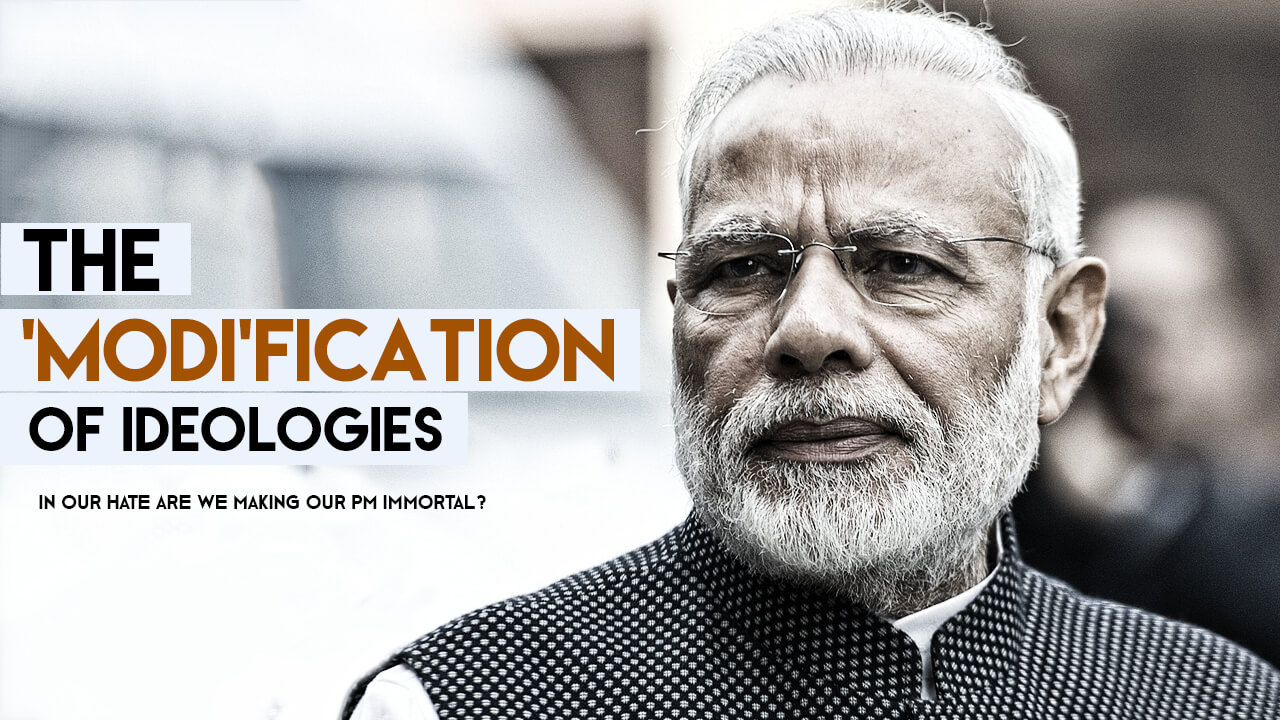 Modi And The Wings Of Political Idealists

Before beginning let’s first differentiate as to who are leftists and who are rightists.

So, during the French Revolution in the Estates-General, whoever sat to the “Left” were generally opposing the monarchy and were supporting the revolution, and thus subsequently called the Leftists. And whoever sat to the “Right” were in support of monarchy and old traditions, thus being termed, “Rightists”. So, in the modern day, we can draw a parallel that “Leftists” are the people who respect social equality, gender equality and other equalities and don’t like to budge into others businesses. In simpler words like you, me, your best friend and my best friend etc. Here “Rightists” are Gaurakshaks, religious mobs, Modi bhakts etc., whose sole purpose in life is keeping the traditional values of India intact without an ounce of introspection.

Where Does That Leave Us And Why Talk About Modi Now?

After the Elphinstone tragedy on Dussera, all of India grieved the loss of the common man. Thereafter, everybody started digging numbers and comparing them to the estimated budgets of bullet trains and the Sivaji Statue, and at last, started pointing the finger towards Modi Ji. Which is what we basically do every time something goes wrong in this country. Which I’m not saying is wrong, but, earlier we never used to say it’s Manmohan Ji’s fault, did we? We used to, in an almost casual way blame the Congress, the party as a whole. Then why not blame BJP now, why are we only pointing fingers towards Modi Ji? When most of us don’t even know who our area’s municipal corporator is. Now you can argue that is it necessary to know everything about India to blame Modiji about something serious. ‘No’ but all it is doing is, instead of affecting the system, it’s adding up as fodder for Modi ji’s media frenzy.

The Country Is Different From Modi Isn’t It?

All we need to do is understand that Modiji isn’t the government, Modiji is the prime minister of India who looks over the workings of legislation in India and who loves travelling. If there’s something wrong, it’s with the whole system, not just him and by just blaming him we’ll establish nothing. When the Elphinstone bridge collapsed there were so many factors behind it, the main culprit being BMC. So if we keep blaming Modiji, all he would be able to think of would be compensating the victim’s families, which would again piss us off. If Modiji says 5 lakhs for every victim- we’d go saying how cheap do you think of us, if he says 50 lakhs per victim, we’d go-haww see he’s buying off the dead man’s family. In the end, we don’t give apeshit about people dying or roads collapsing, all we want to do is crack a kadak joke on how Modiji screwed it up.

The Rants Of Modi – Is It Really Worth It?

You might as well say what’s the use of all those rants on Modi?. It isn’t going to affect anyone in any way. Additionally, I think our views/opinions are rated and converted into the news. In our generation, the news is what we keep sharing the most over the day. Digital news of our era isn’t news anymore, it is the combination of the most common keywords that keep repeating in our feed, which becomes lethal articles.

Nowadays, even the news itself is being created knowing that we would consume it in a certain manner. Most recently a journalist at Hindu found this small footage of Elphinstone station tragedy which was 8 secs long, which showed a guy trying to pull out a woman, who was stuck in between people. And this journalist thought and concluded, watching that 8 secs clip, that the guy is molesting that lady, who is clutching her way out for life, and she immediately tweeted about. The interesting part is that, since it’s a sensitive issue, all of the media pages started sharing it as news, without even attaching the 8-second clip. It soon became such a rage that people started calling out the guy names. Until the same day evening, a briefer video got released which clearly showed that guy trying to save her. This small incident just shows us how our media in the pretence of getting more shares and views reports us, the first thing it seems as viral.

By Complaining About Modi Are We Actually Glorifying Him?

So if we keep talking about Modi and keep pointing fingers towards him, all we are doing is making sure he is in news almost everyday, and we would not even be giving chance to potential news which is worth our read, just because we’d love to criticise Modi ji. So, all we’re doing here is making sure that he’s on the focal point of news every day. And if he stays on in the news long enough, then without doing much he would even win the next elections. And all we would be doing is wondering how he became PM yet again, when he didn’t solve your problems the first time itself and he didn’t bring achche din too. Because we all know how amazing a campaigner he is, and how he can convert crores of people on his side with just speeches.

If you’re a libtard who is discomforted by the way the government is – like any other citizen, you’re very much free to opinionate your voice. But, if you focus more over your discomfort over the government, rather then ranting over Modi ji, there are more chances that your concern even gets considered to be resolved. And also by repeatedly not mentioning about Modi ji you’d make sure he’s not in news every day, by which you’d also make sure that you’re not only served with sweet speeches for another five years. At the end of the day, all we need to remember is that it was the change that we voted for.