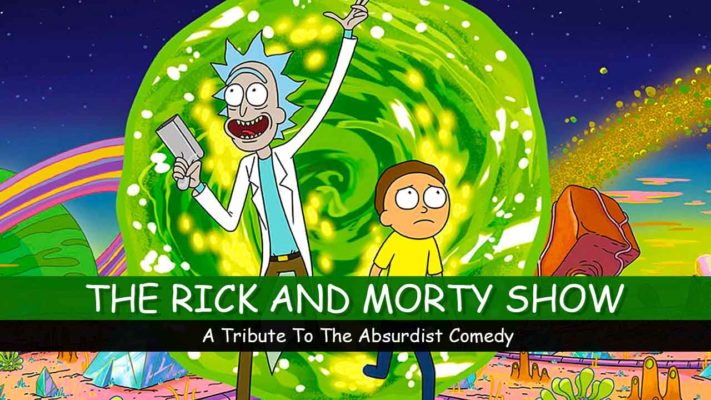 A Masterclass In Short Form Storytelling

Rick and Morty is an adult animated fantasy adventure show. It has often been described as, “A never-ending fart joke wrapped around a studied look into nihilism”. Ever since I saw the first episode of the show, I have been fascinated by the amazing concoction of extremely intellectual concepts hidden inside low brow pop culture absurdist plotlines. I wanted to analyse how the creators of the show Justin Roiland and Dan Harmon have achieved this unenviable feat.

Dan Harmon has been a personal favourite of mine ever since I had seen his prematurely canceled show Community. I have always been fascinated about how he finds humour and optimism in the most unexpected of places, without losing the dramatic impact of the premise. When his sense of balance in writing meets the imaginatively abstract mind behind Gravity Falls and Adventure time, Justin Roiland, you get a show like Rick and Morty that is visually and ideologically very complex, but easy to follow. There are a few things that they do, to maintain this balance.

Rick And Morty – Where It All Began

The initial seed of the show comes from a small short called The Real Animated Adventures of Doc and Mharti by Justin. In the short, which Harmon would dub “a bastardization, a pornographic vandalization”, Doc Smith urges Mharti that the solution to all of his problems is to give him oral sex.  The short is a send-up of the iconic characters of Doc Brown and Marty McFly, from the Back to The Future Trilogy. A few years later, Dan Harmon was fired from his own show Community.

Adult Swim at the time was looking to fill their primetime slot with new content, while he was apprehensive at first about the prospect, thinking that his style would not match their programming. He called Justin to check if he had any ideas related to an animated series. It was Justin who brought up the idea that they could revamp Doc Smith and Mharti to create a show called Rick and Morty.

The Family Was Born

The problem was that they needed to fill a half hour slot and the concepts they had could only fill 15-minute segments. Hence, they had to build a family around these characters to stretch it out to a half hour slot. The show follows an alcoholic super-genius scientist Rick who tags his unassuming grandson along, on various absurd sci-fi fantasy adventures around the galaxy. The rest of the cast includes the very assertive dentist matriarch of the family Beth, her oblivious numb-skulled husband Jerry and their cynical daughter Summer.

Justin Roiland does a lot of the voices of the show including both Rick and Morty. Dan Harmon brings his signature style of compressing a lot of story into half an hour. He does this by employing his method called the story circle. A Harmon creation based largely on Joseph Campbell’s monomyth, or The Hero’s Journey. It consists of eight steps; the steps are as follows:

–A character is in a zone of comfort or familiarity.

–Adapt to that situation.

–Get that which they wanted.

–Pay a heavy price for it.

–Return to their familiar situation.

–Have changed as a result of the journey.

This was a format that was immensely helpful to improve my own writing and very easy to follow.

I will take the example one of my favourite episodes from the show called Rixty Minutes to explain what I love about the show. In the episode, Rick bored of the mundane reality TV shows his family watches installs an interdimensional portal to watch any show from any universe. By a matter of chance, the family watches an episode of a talk show from a universe where Jerry is a superstar. This leads them to obsess over how different their lives would be if they did not have a family and never gave birth to Summer.

While in this existential crisis we learn that, even though lives would have been superficially luxurious without each other, they could have been truly happy. This shows how the duo can place such a deep idea in an absurdist premise like interdimensional TV. This episode has my favourite line from the show too. Rick goes to Summer to console her after she learns that she was an accidental pregnancy. He says, “Nobody exists on purpose, nobody belongs anywhere, everybody’s going to die. Come watch TV”. This one line encapsulates everything that is brilliant about the show.