[VoxSpace Selects] Buddha.Mov – A Brilliant Deconstruction Of The Documentary Form 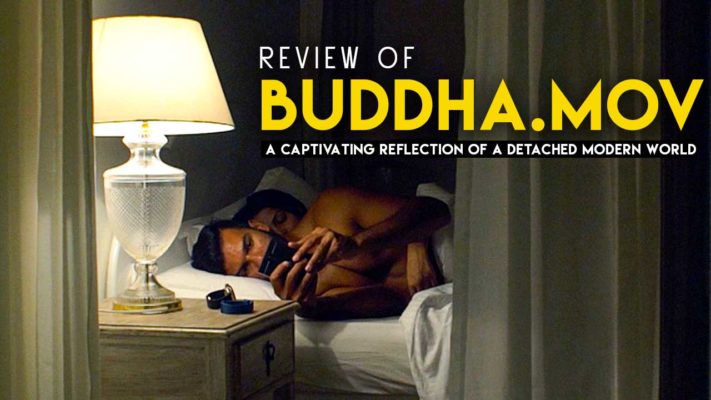 A Skewed Look Into The Life Of A Hyper-Masculine Cricketer

After watching Buddha.Mov, I was so perplexed and fascinated that I could not stop myself from thinking about it. So, the most obvious thing to do was to find out who this person was, that literally left me speechless. A lot of Indian film-makers have been winning a lot of international awards, films like these allow them to experiment more. While most filmmakers are dealing with new kinds of stories, there are a few who are going further & playing with the medium itself. Kabir Mehta is one such filmmaker. His docu-fictional short film, Sadhu in Bombay, won multiple top awards at various international film festivals like EMAF and Annual German Film & Media Festival.

In his latest feature, he turns his eye towards a hypermasculine cocksure goan cricketer Buddhadev Mangaldas and follows him for a brief period of his life. I have struggled hard to categorise the film because I don’t know if it is a documentary or fiction or both or neither. It defies any kind of categorization. For the first almost wordless 10-minutes of the film, we just see the subject going through his routine. This sequence is mostly just shot in static symmetrically composed frames, then it slowly transitions into a cross-media exercise by introducing social media into the mix.

You Need To See It To Believe It

The film goes on to follow him as he lives his colourful life filled with women, expensive cars, swanky clubs and a beautiful mansion. As we go further and further into the film, the more meta it gets. We are puzzled as to why the subject would allow anyone to have that much access into his own life. The film just doesn’t imply the intimate moments in his life, it shows it to us. We actually see him fuck these women, be naked in his bathtub and even his mom looking at him courting these women. At a certain point in the film, we even see him seeing the film about himself. The natural sceptical part of your brain cannot comprehend the gullible nature of Buddha. I spent hours going through his social media footprint to just accept he exists and this film has to be at least partially real.

The film is constantly questioning you if ‘you believe what you are watching’ or ‘you want to believe it because you are watching it’. This constantly keeps you engaged not just with the subject and his daily activities, but asks you decipher how much of it is staged and how much of it is documentation. This kind of experimentation is rare and almost insane (in a good way), I would say. It expects the audience to pay attention, not just to the narrative, but to the constantly shifting intentions and motives of the film-maker and the subject. The film gets so referential by the end that we actually see the desktop of the filmmaker, in which he is editing the film.

It closely reminded me of a couple of films, Gummo (Harmony Korine) and Somewhere (Sofia Coppola). While they never really went as far as Mehta does, the idea of observation being the intent of the piece was interesting. As he says in his own words, “I was exploring the grey zone between reality and fiction and essentially making a film about filmmaking, interesting mix of edgy content and technique.”

I would not say that it is a good film, because it is not aiming to be. But it is an unendingly interesting film, that keeps you glued to the screen for its 65-minute runtime. If you are interested in watching a film that wants to question the difference between reality and fiction, please don’t miss this film.

“Through the lens of a camera, every moment is as fictional as something fabricated & conversely as authentic as a documentary” – Kabir Mehta