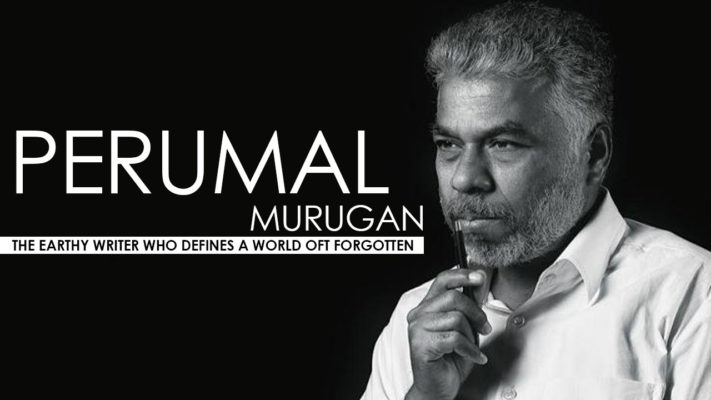 Amusing Stories By An Unafraid Writer

When I first borrowed the book Poonachi by Perumal Murugan from my nerdy best friend, I was a bit surprised to know that it was a story of a goat. ‘So, this entire book is just about the goat?’ is what I asked her. She showed me the cover of the book again. ‘Poonachi: Or The Story Of A Black Goat’ was written on it. I asked her if it was worth a read. (For I thought there’s nothing to know about a goat) She asked me to just give it a reading and then decide it for myself. I was a little disinterested in my approach to the first few chapters but read it anyway.

I finished Poonachi in one go. No, it was not a thriller or a short story collection. It was a simple yet intense story of a goat. That’s all. And that’s the beauty. What keeps you glued to the story is, its relevance. Nothing is inappropriate or artificial in the story. It’s crude and unfiltered. Simple yet vigorous. It shows you that everything has a story. Being the arrogant race that we are, we often tend to believe that nothing or no one is more important than humans. And so we value everything other than us a little less (a lot less actually).

Poonachi sifted this ideology in me. It also sensitized me more towards animals and everything else other than us. This story of a goat is in a way (actually in many ways) our story. It’s a story of the majority. The Weak. The underestimated. Those who struggle throughout their life. A story of a survivor. I never could imagine that one can write a story about a goat and its ordeal too. And Perumal Murugan shines doing so.

After reading Poonachi, one book of Murugan that I was extremely excited about was One Part Woman. I happened to read an incredible article related to a similar premise. It only doubled the curiosity. Thanks to my friend that I finally got my hands on it a couple of days ago. And it didn’t disappoint me at all. Originally named as Madhurobhagan (2010), it was translated by Aniruddhan Vasudevan as One Part Woman.

One Part Woman is another impeccable portrayal of culture, myth, divinity, double standards, hypocrisy and a lot of other unnamed but prevalent things of our society. It’s palpable, distressing and beautiful. Kali and Ponna are a young childless couple and One Part Woman is the story of their anticipation and grappling stature in the society. Both Poonachi and One Part Woman are such simple portrayals of strong stories. Each line in the stories will make you feel for the characters and their situation. The way Murugan directs us to understand each and every element in a story, the quirks and nature of the characters is fascinating. His language is simple and easily comprehensive which makes the stories quite readable and appealing.

Perumal Murugan is one of the finest writers of Tamil literature. One thing that he embraces in his writings is the flaws of his characters. Also, the way he portrays the misfits in his stories is impeccable. Both Poonachi and One Part woman are essentially stories of misfits. Those who are not normal or considered as abnormal and looked down upon as weak or someone who doesn’t belong.

Another biggest factor that’s out there in his writings and is the major enhancer of the essence of his writings is the nativity. There’s no unnecessary polish or unreal dialogues. Everything is true just the way it happens in real life. The pain is real. The pleasure is real. The situations and surroundings are all authentic.

With controversies surrounding One Part Woman followed by a series of legal suits, at one point Murugan even announced a renounce from writing. His subjects and stories were so real and well written that it’s no wonder that a lot of people felt threatened by his writings and even took to unimaginable ways in order to demolish his image and courage. But later after the Madras High Court gave a judgment ruling out the withdrawal of the books, Murugan was back to literature through his poetry and for good.