[VoxSpace Selects] Review Of NetFlix’s The King : An Artistic Argument For Diplomacy 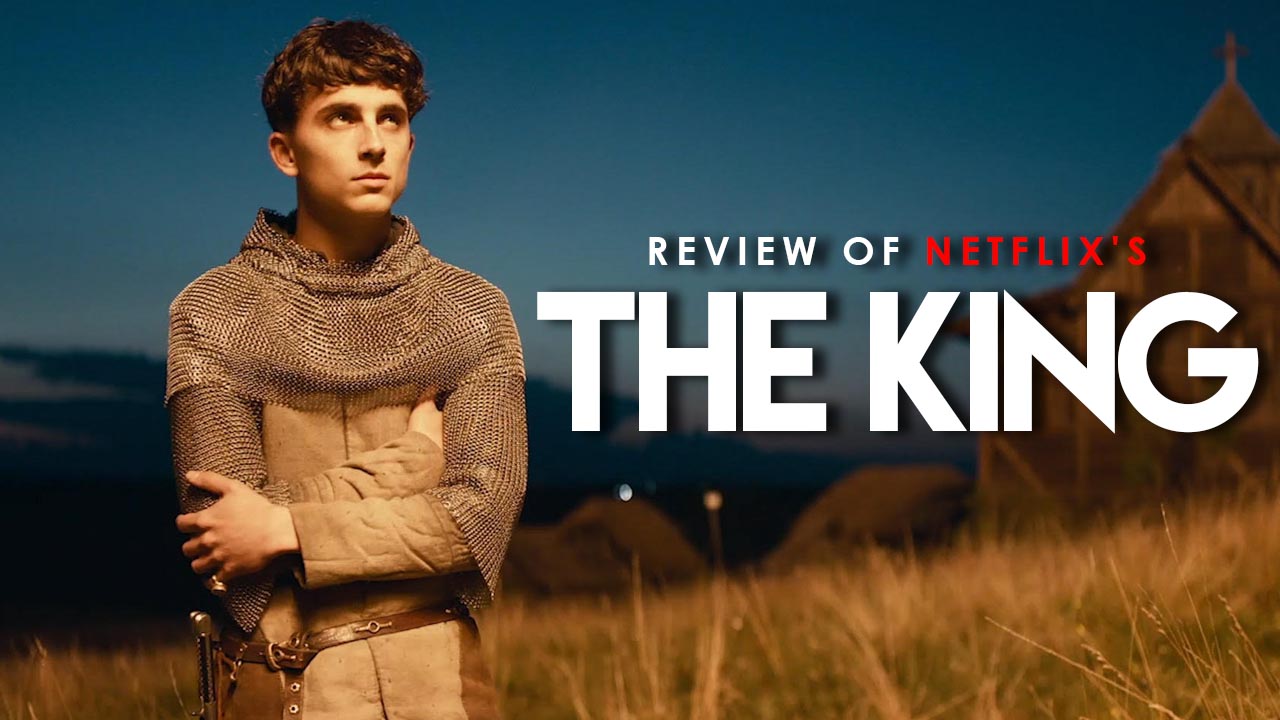 An Exciting Collage Of Talented Artists

The one thing that made me click on this film was to see two of the most promising and exciting actors, Timothee Chalamet and Robert Pattinson square off. These two actors have been consistently putting out extremely diverse and interesting work and are inching towards superstardom, which they eventually will. Once I started watching the film, I was struck with the talent involved in the film. The film is made by some of the most talented artists working out of Australia, David Michod to Joel Edgerton to Adam Arkapaw. So, as I got towards the finale of the film, I was awestruck by the calm but powerful morality tale that they had made adapting Shakespeare’s famous play to comment upon the politics of our time.

Journey Of A Reluctant Hero To A Determined Leader

The film tells the story of Hal played by Timothee Chalamet, a smart but reluctant heir to the throne, who spends most of his time in brothels, drinking, and gambling. Due to unforeseen circumstances, he needs to take the reins of the nation. The main conflict of the film comes from the differing perspectives of Hal and his father. While his father was an egomaniacal warmonger, Hal is more of pacifist and believes in diplomacy than brute strength. How Hal deals with the impending war with France forms the rest of the story.

An Argument For Diplomacy

The film is marketed almost like a war film which it is not. While there is a war in the film, it is more incidental. The main selling point of the film is the various tough moral situations that Hal is put in and how he finds the most honorable way to get out of it. The film by tweaking Shakespeare’s original text ever so slightly is trying to create a hero that is needed for our time. He takes responsibility for his actions, he stands by his word, he is not quickly angered. He has all the traits of an archetypal hero. The film through him makes the argument that he is the kind of leader that we need for our time.

A Self Assured Filmmaker At The Height Of Craft

The script written by Joel Edgerton and David Michod has a lot to say while never becoming preachy or melodramatic. David Michod who has previously made films like Animal Kingdom and The Rover (a personal favorite of mine), is great at establishing a mood and keeping you there. He works with Adam Arkapaw, whom he had worked with previously for Animal Kingdom to create stark images that stay in your memory long after you have finished watching the film. Finally, the music by Nicholas Britell which is used sparsely serves the purpose.

Now I need to talk about the best part of the whole film, the acting. The casting for this film is just top-notch. The supporting cast from the trustworthy yet scheming William Gascoigne played by Sean Harris, to the always reliable but cocky Falstaff played Joel Edgerton to the egomaniacal King Henry IV played by Ben Mendelson are all perfect. I was also pleasantly surprised Lily-Rose Depp who plays a Catherine with a certain amount poise which I did not expect from her.

Clash Of The Titans

But now let’s get to the titans. Timothee Chalamet reinvents himself from this affable little boy who always looked sympathetic to this self-assured man who takes charge of any situation that he is thrown into. He is regal in his walk and rough in his voice. He does not look anything like he has in his previous films. He utterly transforms himself into a king who commands respect from his subjects. Robert Pattinson, on the other hand, plays The Dauphin as this goofy and childish man who is given too much power for him to manage. While he is playing up the laughs, you never for a second forget the underlying dread of the situation. The most electrifying scenes of the film come when they verbally spar about their differing philosophies.

This is a film that is not for everyone, I would put it in the prestige drama category. If you like long expertly written conversations about morality, insanely well-acted scenes, and beautiful production design, this is the film for you.