The Most Explosive Quotes From The TV Series “Billions” – Oh Hell..The Attitude Is Freaking Infectious 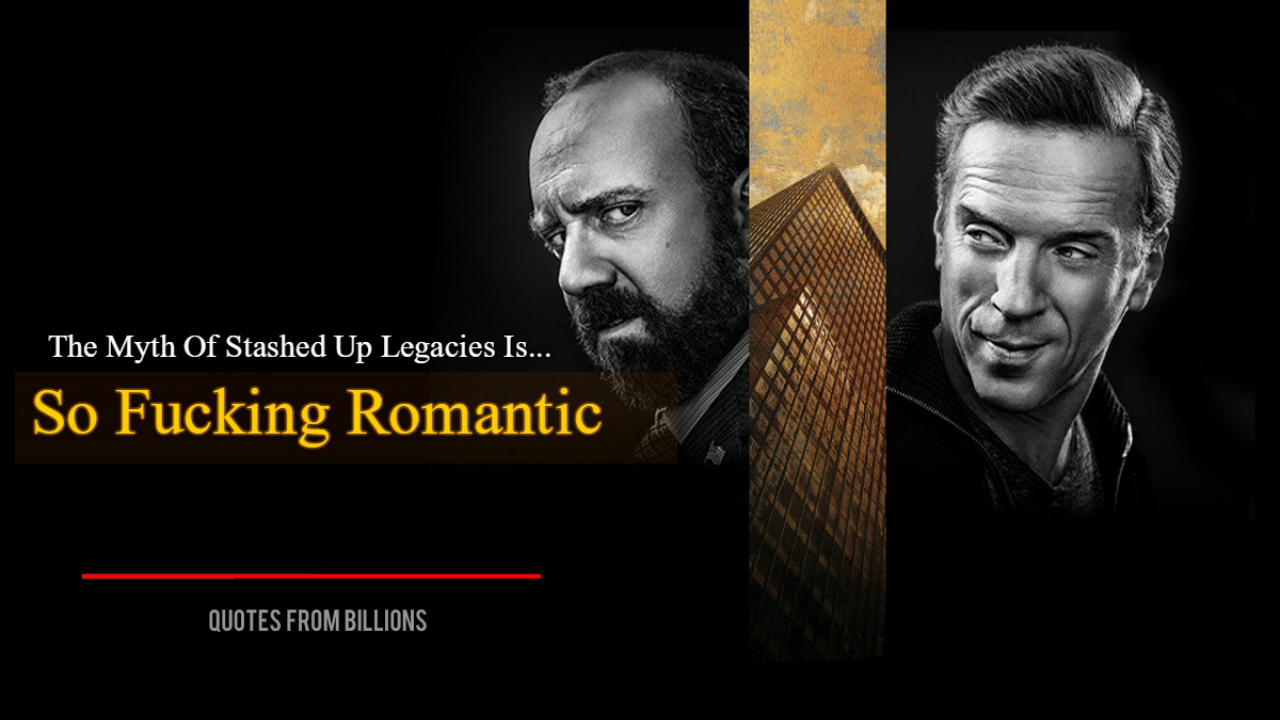 Forget Suits or anything in its spite. If you are looking for an intense tug of war corporate espionage musings, Billions will be your cocaine. The show focuses on a war of wills between an aggressive U.S. Attorney (Paul Giamatti) and a hedge fund giant (Damian Lewis). These two men, Chuck Rhoades and Bobby “Axe” Axlerod, play for high stakes with the winner taking all. Neither man is willing to give an inch, and all bets are off as to who will be standing when all the dust clears. The entire show (running mid way in it’s the second season) is laced with powerful dialogue writing which is awe-aspiring, sometimes downright outrageous and yet entirely stirring all the time. As we follow the show and await how Chuck battles out the political cobweb being weaved around him with the hedge fund mogul Axlerod, we bring you the taste of great things about the show, in these quotes.

What’s the point in having Fuck you money if you never say – Fuck You?” Axe To Rhoades “When I pull a deal off the table, I leave Nagasaki behind” Axe to FBI “A good matador doesn’t try to kill a fresh bull. You wait until he’s been stuck a few times.” Axe Speech “What we do has consequences, intended or unintended. The decisions we make, The actions we bring – have weight” – Chuck Rhoades

“You know the only enemy more dangerous than a man with unlimited resources is one with nothing to lose. And that is what you are looking at right here” – Chuck’s faceoff with Axe “What is it about a woman taking it into her mouth after a little raw-dogging that just seems so right? And it’s just this: that I’m accepted for who I am.”  Chuck Rhoades “It’s not easy to do, but people are at their best when they feel appreciated” – Wendy Rhoades to Axe “It’s not about the comp, it’s about the value – mine. And growth – as in whether I am still Growing” – Wendy Rhoades “Maybe generations from now, they’ll tell stories about you, like they do Jesse James or Billy The Kid. The Myth is so Fucking Romantic” Chuck Rhoades to Axelrod And many more to follow in season 2 of Billions. Be sure to catch it on Showtime now. Till the next time, let the beast win and the human live.