Kalpika Ganesh : The Powerhouse Performer Who Is Just About To Shine Through To Stardom 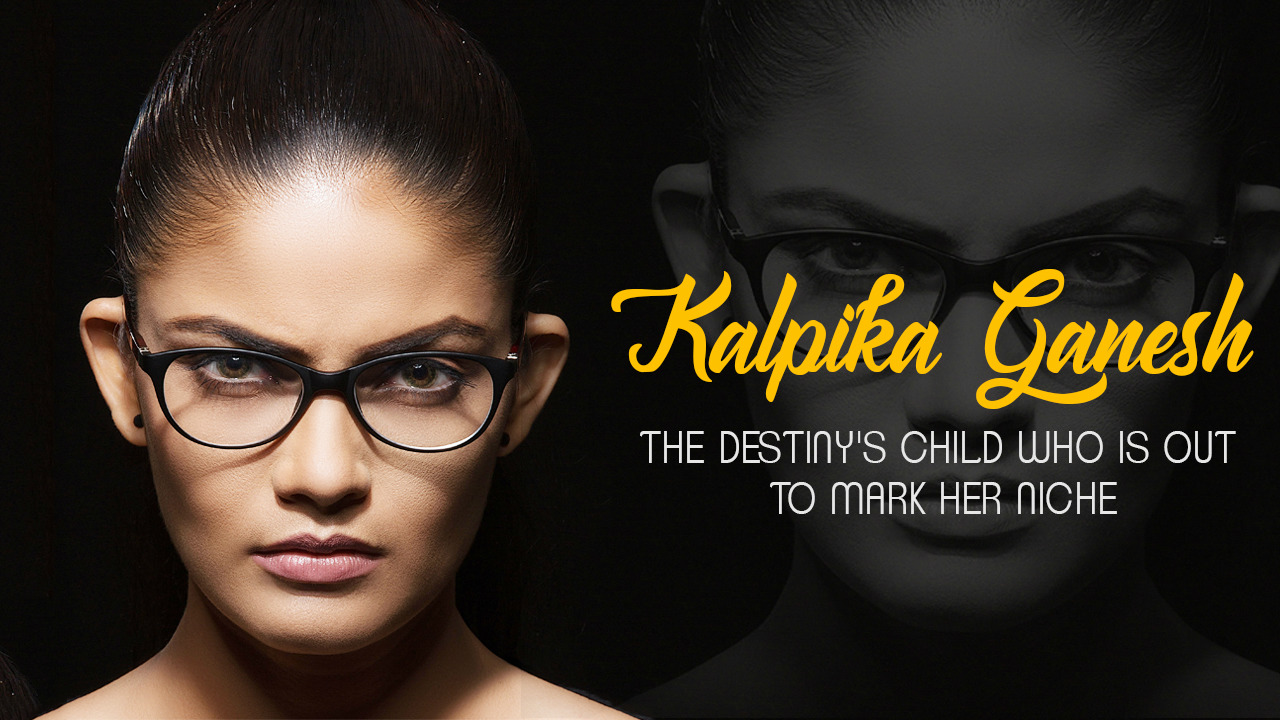 You know her. Admit it. You’ve seen her everywhere, all around you. She’s given some terrific performances across many hit movies. Ironically, not many know her name. But don’t you worry, with the work she’s picking up lately and the inherent screen presence she has, we are super sure that you will hail her as the next big star in the making. Presenting to you, Ladies and Gentlemen, Kalpika Ganesh. IN our pursuit of finding people who held an exciting story of making a mark in the highly competitive movie industry, we saw Kalpika, a techie turned actor. And that piqued our interest to bring her story to you, and have you see why she is someone every filmmaker needs to keep an eye out for. Our conversations with Kalpika Ganesh bring out the humble and warmth of an actor who believes in herself, no matter what. Excerpts of it follow.

First off, how has the journey from ‘that girl in Prayanam’ to a highly popular actor in Telugu film industry been? Would you say that the process had taken its own sweet time in happening?

Achievements are a thing of perspective. I am from a typical family that neither has any connections to the industry nor did anyone from the family ever work in films. So from my perspective, whatever happened with Prayanam itself was a huge achievement.
I do not in any manner consider myself popular. I believe I have a long way ahead of me, as the passion in me to work on challenging roles is growing everyday. On the topic of Prayanam, we loved your performance in the movie. Not many know that you ended getting a Filmfare Award nomination for it. Therefore, we are curious as to how Prayanam happened?

I am a strong believer of Destiny. I was like any other Hyderabadi girl living the IT dream. Went straight to a software job after graduating. I was a very active member in all the cultural and sports events in my college. I continued to follow my passion for dance even after I started working. This eventually led me towards a lot of dance auditions and competitions, which drove me towards this opportunity to work for Prayanam. And nomination towards Filmfare was a huge motivation to get selective in what ever I was taking up after that. Perhaps the most significant movie which might’ve defined your career post-Prayanam, was Seethamma Vakitlo Sirimalle Chettu, where you played a practical elder sister to the lead. Could you elaborate on that?

Yes SVSC bought me a lot of fame and recognition as it was a multi-starer with super star mahesh and victory Venkatesh, people loved watching this movie again and again, making me a part of their families, unlike Prayanam which had a different audience. Playing the practical sister was easy I should say because in real life I am a practical person myself. Also, working with so many seniors makes it more memorable and special.

Also, on the topic of Practicality – you seem to have a flair for it. Your roles have a practical nature all through, ones which have a sorted head on their shoulders. Even the latest role in ‘Sita On The Road’ adheres to this. Comment.

Yes, I would like to do characters that are more real in behaviour and something I can connect .
I play an urban girl, who lives her life independently, like many other girls here in our country are., the underlying layers of the character itself is the soul of the character which I can’t reveal it to you now, but I can say that every urban girl will connect to the character in today’s generation. And Sita On The Road is all about those underlying layers of women., which is beyond words. You need to experience it on big screen. Since we are on the topic, could you take us briefly through the role definition in the movie Sita On The Road? From what we see in the trailer, here’s a role which brings feisty, and doesn’t mince words. But what are the underlying layers of it?

Sita On The Road is a non dramatic film… It deals with sensitive emotions. It’s not about the words I used in the trailer… It’s about the heart that the character carries in the film.

The underlying layer in SOTR is beyond words, it’s an experience that you need to watch on big screen.

Now, since we’ve talked much about movies. Let’s talk about you. Not many know the story of Kalpika Ganesh. Could you briefly let us know where you hail from, what lead you to movies and ad-modelling?

Based of Hyderabad and from a Tamil Brahmin family and being part of Shaimak Davar’s troupe for a while made me a more confident person when it comes to stage fear. I, as Kalpika Ganesh, never dreamt of movies, ads or modelling as I was more of a 9 to 5 kind of person. I picked up the art of excelling at whatever came my way by giving it all I had. When I was introduced as an actor in Prayanam, modelling was a complete “no no”. Later my transformation in my looks and appearance gave me a boost in taking it up and have been modelling for many leading designers and since been a part of many advertisements.

We see that you are pretty choosy when it comes to movies you are associated with? Any particular reason for that? And while doing so, do you think it becomes difficult to sustain a career when you are just looking at a selected few roles?

Yeah! I am choosy. The reason for that is multi fold. Firstly, I never specifically enjoyed how the female leads are portrayed in most of Indian cinema. So, after a few years into the films, I made a conscious decision of working on projects and roles that challenged me as an actor or even as a person. I don’t really care if I’m playing the lead or a small character as long as it quenches my creative urges. Secondly, I consider there is no glory in doing something that anybody would or could do. Sticking to this decision has been a really tough thing to do as I had to turn down a lot of roles in movies that would eventually be the highest grossers of their respective years. This drains me both mentally and financially and yet, the quest goes on. Lastly, where do you see yourself as an actor in the next five to seven years? Also, for aspiring actors who are looking to make it big in the industry, what would you advise them as to the Do’s and Don’ts of working it out?

I see myself as that actress who would not shy away from a challenging role, as that actress who the directors would love to work with because they are sure that she would give her best to bring their character to life.
For aspiring actors, there is nothing much I could say. Passion and discipline should be the name of the game. As long as they know what they want, there are a lot opportunities waiting for them just around the corner. So that was Kalpika Ganesh talking about her career, her story and her future. Be sure to follow her exciting works by checking out her Instagram page right now.

Oh before we forget, here’s what Kalpika Ganesh is coming in next. An exciting love story set in Hyderabad of two people who are brave and out to take on the world. Check it the trailer of Malli Kaludam here,

7,020 thoughts on “Kalpika Ganesh : The Powerhouse Performer Who Is Just About To Shine Through To Stardom”