[VoxSpace Life] Judwaa 2 : A Case Study Of Utter Stupidity Sold To Us On The Pretense Of Entertainment 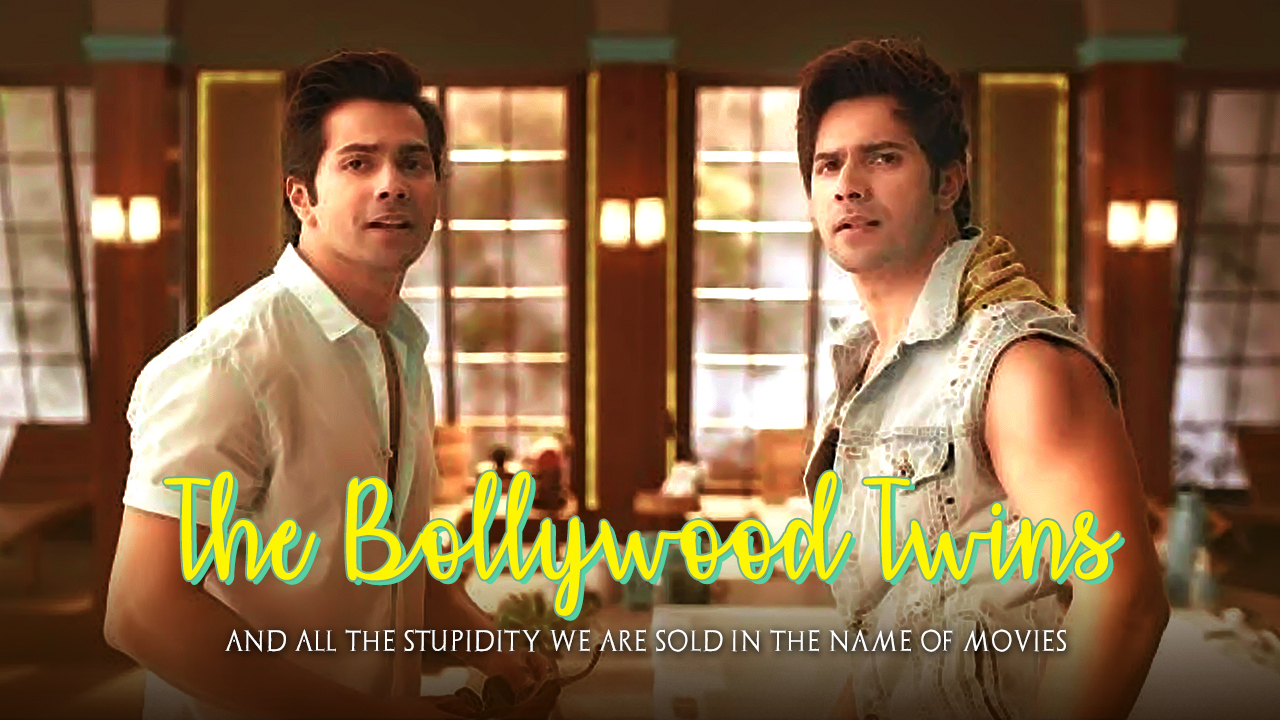 Bollywood And Its Obsession With Twins And Remakes

Recently, I watched Judwaa 2’s trailer ( yes, you guessed it right, I’m soo jobless). A minute into the trailer my first reaction was wow this is so original, this doesn’t look like anything that has come recently (ahem.. Mubarakan). Another minute into the trailer and I see Varun Dhawan forcefully kiss Tapsee (“by mistake”) and I went “Yup I totally wanted to see that!”. The third minute into the trailer and I saw the makers ruining my two most favourite songs of the 90’s “Oonchi hai building” and “Tan tana tan”. So, after witnessing the murder of filmmaking by watching a shirtless guy for straight three minutes, the first question that struck me was, why the heck would anyone want to pay 150 bucks to watch this stuff. And of course, my second question was, why is Bollywood so obsessed with twins and remakes of movies and old songs.

So, if you’ve read the Nepotism article, where I broke down, how we as the audience are actually responsible for the existence of nepotism. The same goes for these three too. So instead of just coming up with a solution which is “changing our tastes as an audience and giving smaller budget films their due”, Let’s just look into what’s the root cause of this obsession and how it makes sense, and, why Bollywood is just overlooking this excess of a genre.

The Trinity Of Excesses – Of Mindless Twins And Stereotypes

First up in the trinity of excesses are “the Bollywood twins”. Not just any other twins, the Bollywood twins because Bollywood has its own logic of twins. You might not have noticed this but, if a movie has its lead characters as twins, one of them has to be a dorky Peter Parker before turning into Spiderman (the achcha aadmi, can be police officer also, if it were in the 70’s) and the other twin has to be a guy beating stud or practically a Gunda. And for some strange reason in the majority of the movies both of them only meet after they are adults. And yep you guessed it right, both look the exact same except for the hair (learn something from Kamal Hasan movies Bollywood!!).

So, we know the ingredients to make one. Now let’s get to why they make it so much. So when Bollywood started rolling out proper multi-starrers in the seventies, the industry just started raining blockbusters with Sholay, Amar Akbar Anthony and other great movies. So what these multi-starrers did was, they opened a gateway for making huge money for producers, but unfortunately, they couldn’t always cast two big heroes in one (you know, ego problems). Then, they started looking into what was the criteria that brought the audience to the theatre and, they narrowed it down to two things which are “brotherly bond and mother sentiment”. And twin brothers movies with a major star playing both the roles brought in the right blend.

Sticking To The Judwaa Formula Since The Seventies

Now you may ask, why would they stick to the same logic which worked in the seventies. Well, not exactly though, The answer to why Bollywood is so obsessed with these three things is pretty simple. Which is, the dearth of great writers and great lyricists. I mean we do have great writers, but they’re not given enough chance to enter into mainstream Bollywood. Cause as we all know Bollywood is a closely knitted group. This explains obsessions, cover the major glitch in their community. They choose the best option they find, which is rewriting what’s already written. Remakes or having a formula for movies would guarantee them an assured amount of returns at the box office and we’ve made sure of that. Which is the reason why, when every now and then any path breaking movie comes around there’ll be a storm of the same kind of stories. And the fact that path breaking movies are made by the niche film directors or the fact that these movies are not that well funded is always overlooked and the makers of those films are never called upon to the tables of big fishes. Which again leads to point one which is a dearth of good writers and the fact that these path breaking movies come around only one in two to three years doesn’t help either.

Still Again Why These Judwaa Stereotypical Stories At All?

Well, there’s an ease in writing these stories, you can easily create a comedy of errors, which always works for a family audience ( when did slapstick not work). And it follows the five-point rule of a screenplay which is- 5 comedy scenes, 4 songs, 3 fights, 2 romantic scenes, 1 emotional breakdown (climax). Bingo you have a blockbuster. Still searching for a reason as to why you should do a story with twins as protagonists. OK, try answering this then, when was the last time that a twins story ever failed at the box office (except of course”Kaminey” cause duh it’s Vishal Bharadwaj’s movie and it’s a brainiac movie).

So, Why Remakes At All?

Cause we thought the original movie’s title was quite catchy, said no producer ever. Because it can possibly be the only reason to remake a movie whose original part itself didn’t have a story in the first place. And if you can have some assured audience because they’ve liked the first one then why not? It has majorly to do with the dearth of titles, otherwise, the stories are always the same.

At last, Why The Remixes Of Old Songs?

Cause we have Badshah and we have copyrights for them. If you really pay attention to them that’s the most setting reason you’d ever find. Well, they’re at least better than the most original songs that release (Selfie Maine Le Liya) nowadays. But, the sad part is they’re letting off peppy songs of 90’s as party songs. And if you listen to indie music you’d know, that there are definitely a lot more lyricists, than Bollywood could ever let on. Instead, they just slack off and never even bother to search for them.

The Judwaa Obsession And What’s Wrong With Us As An Audience?

At the end of the day, you’d say every industry has its own obsessions, what’s wrong if ours got one too. Well, here’s the sad part, unlike Hollywood or any other industries obsessions, Bollywood’s obsession has been the same since the 70’s. Which needs to change cause as we all know back in the movies those days, harassing women was justified as comedy. Stalking a woman used to be projected as characteristics of a perfect stud. I’ve seen classes and classes of children be conditioned to objectify their female teachers after watching Salman Khan films over the weekend. No one in their right mind can deny the impact films have on what we consider right or wrong as a culture. And now after so many years after looking at the trailer of Judwaa 2, if you’d laugh at those same crass joke, then what’s the point of bringing up so much change in our society?

3,808 thoughts on “[VoxSpace Life] Judwaa 2 : A Case Study Of Utter Stupidity Sold To Us On The Pretense Of Entertainment”