[VoxSpace Life] Insomnia And OCD : Sorry To Break Your Bubble Love, But Having Them Doesn’t Make You Cool, So Grow Up. 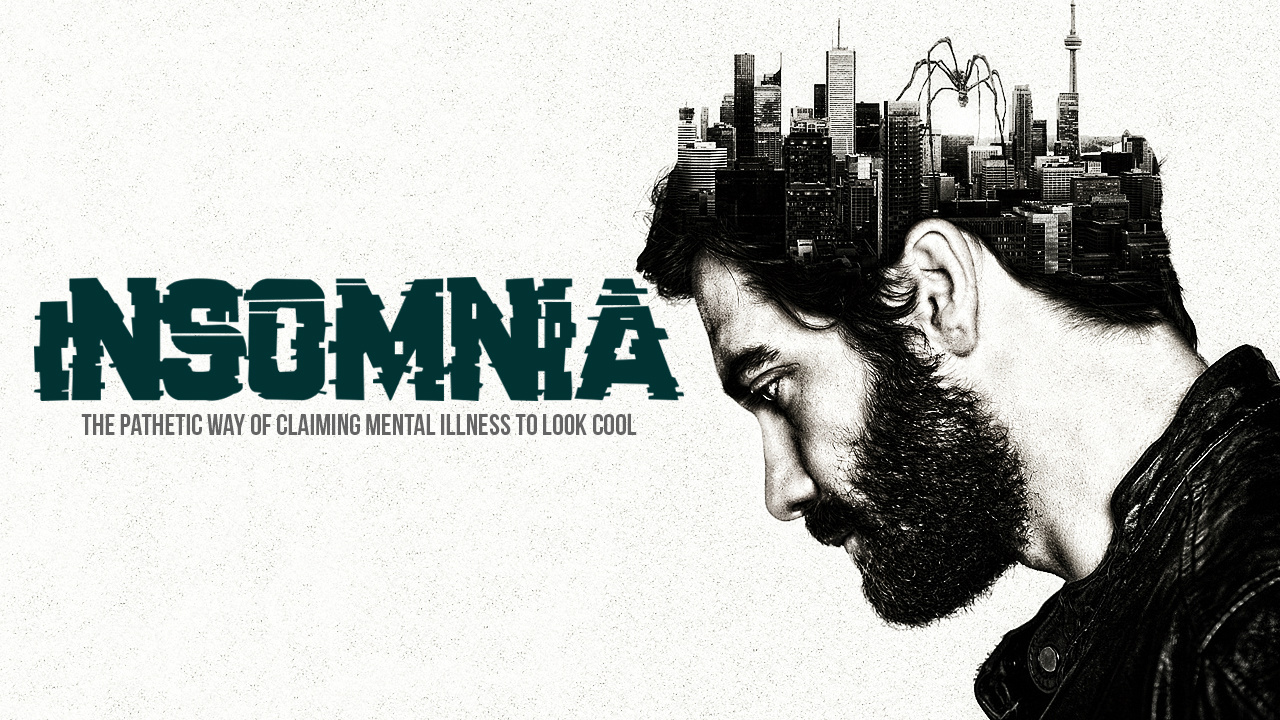 Hello Youth, Listen Up, Disorders like OCD and Insomnia Are Not Really Cool

Every day when I open my Instagram and Snapchat on my phone in the middle of the night, all I see in the stories section is #Insomnia #Can’tSleep #0400AM with a black background. Not just from one person. And not just my friends. Ironically, there is a hell lot of them who do these things. You might have seen these kinds of stories on your Insta and Snap stories too (or maybe you are one of them). OCD much?

The other day, I was scrolling through my Facebook newsfeed, and got awestruck by this quiz on my wall named “How OCD Are You?” A few of my friends had taken the quiz and were sharing their results on their timelines. I mean, of course, I know that quizzes like these are not meant to actually analyze and measure the symptoms of those who are genuinely concerned about their mental health. Rather this quiz is supposed to be entertaining and fun. Now, are we making fun of a condition?

Real People With Real Problems -- Beyond What You Seem As Cool

But for someone whose life is annihilated by OCD, imagine how they would feel when they see quizzes like these on the internet. It’s not fun for them to take that quiz, imagine a quiz saying “how cancerous are you?” Sounds so wrong and offensive, right? But why doesn’t the OCD one bother anyone? Because, it’s a mental health issue, yes? And mental health is the least of all our concerns. Have you ever seen a person going to the doctor around you, for any general mental checkup?

No! We don’t do that, we check our eyesight, every now and then. We go to get body check-ups at regular intervals, but why don’t we just realize that health isn’t just the physical state, but the psychological one too? It all starts with ignorance, because, in the first place, most of us don’t even correctly know what OCD means. What makes it even worse is the trivialization of OCD. Not just on the internet. Movies and Stand Comics use a frequent punch line “I’m so OCD” to describe a very normal thing.

However, recently Stand Up comic Sapan Verma from EIC, spoke about, his disorder, and how it is Not OK to generalize the term, and how millennials are using the word just to sound cool, and feel quirky about them self, and most importantly, as a person suffering from OCD, he explained the struggle behind it.

What Exactly Are OCD And Insomnia -- The Gravity Of The Situation

So, the best way to, raise awareness, let people know what’s right, and what’s wrong is to let them actually know what OCD and Insomnia means.

Obsessive Compulsive Disorder (OCD) is an anxiety disorder characterized by unwanted disturbing repetitive thoughts (obsessions) and deep urges haunting (compulsion) in mind to act on those thoughts. Only 1.7% of the population has OCD, that is, only 1 in 70 people suffers from OCD.

Just because you are also obsessed with a particular thing doesn’t make you an OCD person, in fact, to put in an easy way, most of us are able to manage to continue to live or daily life without letting the thought (obsession) to interfere with our ‘normal’ life. Unfortunately, people suffering from OCD cannot do that.

Effects Of OCD On A Person:

Now tell me, does any of these sound cool? Quirky? And OK to have and to live with? Is food aversion OK with you? Continuous racing thoughts and nightmares are not a joke to laugh away.

And Now For The Actual Definition Of Insomnia:

What Is Insomnia ? Insomnia Symptoms

Insomnia is a sleeping disorder that doesn’t let you sleep or rest, which will further lead to habitual sleeplessness, restlessness. Now just because you haven’t slept for a complete night or two, binge-watching TV shows, that definitely doesn’t make you insomniac, because, Insomnia is a difficulty of falling asleep, and staying asleep, even when the person has complete possible chances to do so.

1. Sleeplessness dumbs you down, because, sleep plays a critical role in thinking and learning. So, lack of sleep hurts the cognitive process in many ways. In simple words, if you don’t get enough sleep when needed, you won’t be able to remember what you’ve learned and experienced during the day.

2. Lack of Sleep is depressing. In a 2006 study of 10,000 people, those with insomnia were five times as likely to develop depression as those without.

3. Restlessness Ages your skin. Sallow skin drowned puffy eyes, dark circles under the eyes after missing a few nights of sleep, can lead to wrinkling of skin faster than normal.

4. Lack of Sleep makes you gain weight, A 2005 study shows that people who sleep less than six hours a day were almost 40% more likely to become obese than those who slept more than seven hours.

So clearly, none of these disorders is easy and comforting to have and move around with. Only, and only, the real people who suffer from these know the real struggle behind it. The more we talk about the mental issues, the more will be the awareness in people.

The Worrisome Trends Of Claiming To Have An OCD:

What makes me worried here is that there is also a new Telugu movie coming up ‘Mahanubhavudu’ starring Sharwanand, in which the lead actor SUFFERS from OCD, (I purposefully highlighted the word suffers, just to let people realize that it is a disorder). Now, a whole lot of people, who just follow what the lead actor generally does in movies, might actually think that it is cool to have OCD, just to feel like him, (Remember, just like how everybody has grown beards and mustaches, and changed their name fonts into Arjun Reddy style.) Yep, if THIS has happened, anything could happen.

So. In the end, to make it much clearer, we don’t usually go around calling ourselves mentally unstable or schizophrenic in public. Then, by that logic, why OCD and Insomniac?