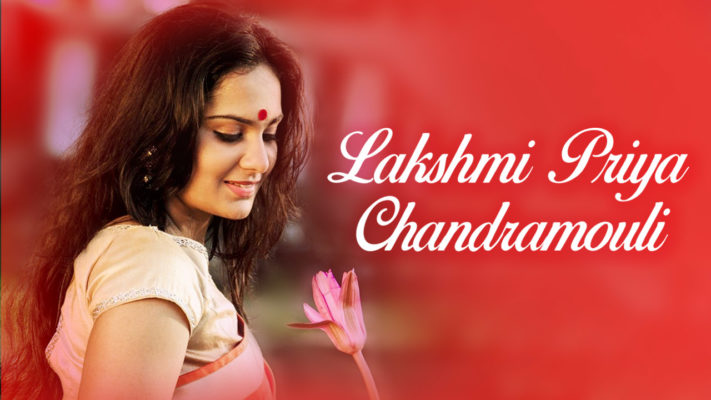 Everybody is aware of the organization called ‘Evam‘ in Chennai. Almost a decade ago, a corporate employee who was associated with this group, just for the love of the art, was spotted by the director, Magizh Thirumeni, and since then there was no looking back. Lakshmi Priyaa Chandramouli, a regular middle-class girl and a sports freak, until then never expected that acting was her actual calling. Although it seemed that she got her first opportunity quite luckily, she was no exception to struggling with auditions, rejections and discrimination issues.

Sticking to her basics and having a constant dedication towards acting, Lakshmi left her job and decided to find her foothold in the Tamil Film Industry. As time passed, she tested waters in Television and eventually proved herself with movies such as Sutta Kadhai, Kallapadam, Maya and so on. After acting in over a dozen movies, she chose to give short films a chance. And thanks to social media, guess that worked wonders for Lakshmi. Her splendid performances in movies like Lakshmi, Aazh Kadal, and Kalaivu were applauded by everyone and some of her roles even turned controversial.

Lakshmi is part of #Proudofmycolour movement and she is happy being herself. VoxSpace was lucky to get in touch with the dusky beauty and she obliged to answer all our questions. So let’s get talking with the lady.

Hey Lakshmi, firstly thanks for your time. Initially, you were restricted only to the Tamil audience, thanks to social media, you are now known almost everywhere. Could you tell us about the Lakshmi before all of this happened and what drew you towards acting?

Hey, anytime! I always enjoyed performing. Be it in school or college. I was very active in extracurriculars. I tried my hand at acting on a professional stage and really enjoyed it. It challenged me and made me happy.

What were the reactions of the people around you when you said you were picking acting as your full-time career?

Most people were shocked. Being a sportsperson all my life, it was too much of a change over for them to handle. From a Tomboy to wearing make-up and dressing up, I think it took a while for people to even accept that. Leave alone accepting that I was going to be doing it full time!

How do you perceive acting?

Acting is a craft. But since your body and mind are the tools, it’s a bit more than being just a craft. Acting teaches you a lot about yourself, people and behaviours in general. It changes you as a person and makes you more aware.

Performing in a play or a cinema – What do you enjoy more?

Both are great in their own way. I don’t really think I can pick one. But in terms of instant gratification for an artist, it’s always the stage.

What is the basic homework you do before you pick up a role?

I try and understand the character’s backstory. I try and learn as much as information as I can about the character. I watch people or videos of real-life people who are that character or who are closely associated with that and I observe and learn from them.

As an actor, my biggest inspiration is Nandita Das. I adore her as an actor.

Not many people know that you are also an exceptional sportsperson. Could you tell us a little about it and also why you couldn’t pursue it further?

I have played sports all my life. Started out with gymnastics and then moved into cricket and now ultimate Frisbee. Sports is like a healthy addiction. Once a sports person always a Sportsperson. I still play sports. I just couldn’t continue it professionally because I chose a different path.

Acting or sports – what you love more and why?

It’s difficult to answer that question. Those are the two most important things in my life. I love both. Don’t make me choose, please.

What is your most cherished compliment that stays close to your heart?

The latest is when an actor I respect a lot and one of the best in the country, Mr Adil Hussain appreciated my performance in the movie ‘Revelations’ and sent me a personal message.

Tell us about some interesting projects you are looking forward to in the future?

I am waiting to see the completed version of my multilingual travel film, Pakshi. Very excited about it.

Finally, some tips and tricks to lead a successful life for the upcoming artists

Keep working hard at your craft and do one thing every day to get better at it. Never give up!

Now, getting to some lighter topics, here are some quick questions:

What is that one thing you tell yourself every day?

Never ever give up. As long as you don’t give up, you can achieve anything you want to.

What would Lakshmi be doing if she didn’t pursue acting by now?

Probably be an HR manager in some big corporate.

If given an option to just travel and not return for a year (at least), what would you do and where would you go?

I would do a backpacking trip to Europe and visit every country there.

The first thing that comes to your mind on a lazy weekend?

One fantasy that you always day-dream about?

I don’t know if it’s a fantasy but I always dream about working with Mr Mani Ratnam someday. Such a fan I am of his work.

If you had to throw out a problem from the world permanently, what would that be?

Related posts:
[VoxSpace Life] Shreya Arora : Challenging Gender Roles In The Fantasy World
Natyam : The Poignant Tale Of An Artist Rediscovering Herself Will Make Your Day
The Awful 'Officer' Saga : What I Unlearned From RGV’s 'Officer'