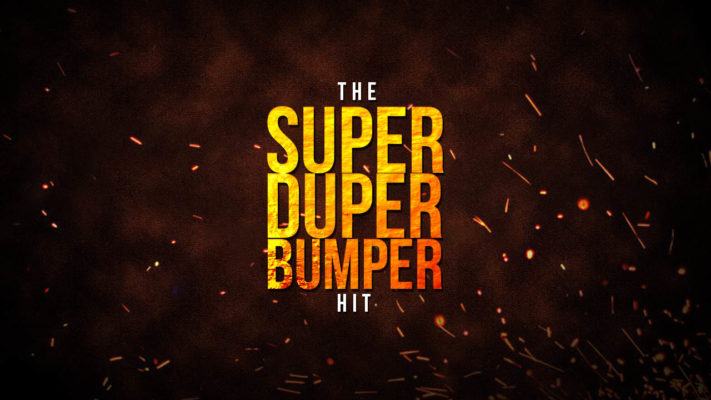 Last weekend, I had the supreme fortune of spending the rainy Sunday night at my cousin’s place, and watch the elimination special of Bigg Boss Telugu. I won’t lie to you. I have watched Bigg Boss earlier. 3 Seasons in Hindi, and the first season in Telugu last year. Contrary to popular belief, the show does randomly throw up some exciting moments in the study of psyche both, of the inmates, and sometimes as was evidenced by the latest controversy embroiling one of the inmates Tejaswi Madivada, a deep and disturbing study into the psyche of people watching it. All in all, it’s a hugely popular reality game show, which only grows from strength to strength. However, one thing stuck out like a sore thumb when I was watching the aforementioned episode. And that is what this rant is all about.

A statement uttered by Ms Lakshmi Manchu as she entered the Bigg Boss house, presumably to promote her just-released feature film “W/O Ram”. All was well, as she interacted with the house’s inmates, greeted them politely and spread happiness across in a tense elimination situation. But then she spoke to Samrat (one of the inmates and her co-actor in the movie “W/O Ram”). In referring to the movie, she told him that “It’s A Fucking Blockbuster”. This line stuck with me. The reason was simple. “Blockbuster”? And that too to the magnitude of “Fucking Blockbuster”?

The Basis Of A Blockbuster…

On what basis exactly, I started pondering upon this question. If she can speak out these words on a regional television watched by millions of people across the world, I am sure Ms Lakshmi Manchu had solid research to back it up. Then why doesn’t the same reflect in movie halls across the city of Hyderabad (let alone the dual Telugu states)? Why does only a single screen (as of writing this article) showcase it this weekend? Let’s give it the benefit of doubt and say it will be picked up again by multiplexes this weekend (usually the listings are confirmed by early Wednesday), but if it was such a “fucking blockbuster” wouldn’t people usually demand to watch it. Wouldn’t there be more screens showcasing it? In a weird sense, sometimes Torrents (Peers and Seeds) show a clear picture as to which movie is doing great. You see, word of mouth spreads like wildfire, and people want to download movies right away without the hassles of multiplexes and exorbitant popcorn prices. W/O Ram at present enjoys a torrent spread of a mere 4 (total of active seeds and peers). In comparison, the misogynistic tale of love, RX100 enjoys a handsome 900 (total of active and peers).

The counter-argument here could be that maybe W/O Ram is a critical hit and should not be gauged by the commercial runways. There is a discrepancy on social media as to which platform one should follow in order to truly measure the critical success of a movie. So as a sample let’s go with BookMyShow here, which although is not entirely accurate, is a good enough measure of a movie’s performance. In here, W/O Ram started with a 52% score on the first day, much less than another movie which released on the same day, Aatagadhara Siva (which garnered 57% on the first day) and Lovers (58% on the first day). Presently, however, all these three films have got higher scores, W/O Ram (66%), Aatagadhara Siva (67%) and Lovers (62%). Is it safe for me to say that all these three films are lacklustre affairs? But then where do I justify the “fucking Blockbuster” dialogue in here.

Commercially as evidenced by the lack of screens, W/O Ram seems a goner. Audience’s interest wise, as symbolized by lack of enthusiasm from the audience, W/O Ram seems to go nowhere. And as for critical acclaim, well let’s just say, the world might remember Ms Lakshmi better for other blockbusters. So, this brings me to ask a simple question. When will Tollywood start to recognize its flaws? When will it accept defeats and flops as a part of the game and declare that? Why are the new age filmmakers so afraid of calling a spade a spade? Why can’t they say that their product is a flop? All they can say is that the movie, though not appreciated by anyone, within or without the industry, is a Non-Hit.

Analysing A Thought – Are They Dumb Or Are We?

Superhits have lost their relevance. Don’t you think? Really look at any poster on your way home, and you’ll see posters having the taglines – “Running Successfully” (Where to?), “Crazy Success” (Aren’t We All), “Worldwide Hit” (In paid Screens) and many more. And mind you, these posters aren’t of genuine successes like Bahubali, Arjun Reddy, Bharat Ane Nenu or Mahanati. These are of films, you might’ve never heard. Yes, I understand that it’s all a marketing gimmick. You show and tell yes? What’s the harm right? Well, my question is to what result? You can’t make it a hit no matter what, then why are you confusing an average moviegoer by your success slogans? Is it just an ego booster? Or a deeper ploy?

The success posters are supposed to make you sit up and take notice. The purpose is to make you wonder why you aren’t watching something the whole world is supposedly watching. At least that’s what the makers of the movie think. It is this small-mindedness in selling their product that I’m concerned with. By doing these gimmicks, which they call marketing strategies, inadvertently they are ensuring a counterproductive result.

I derive my logic from a well-known economics theory by name ‘Law Of Diminishing Marginal Utility’. You see, when every movie is a hit, there is no extra advantage that I get by choosing a specific movie. So, by saying, rather pounding down our throat that every movie, is some sort of success, the industry is digging its own grave. If I am a salaried employee, and I am told that every movie is doing great, either through the overt advertising, or functions or press releases and stuff, I know I can’t afford to watch all of them. In turn, I’ll just wait till they come up in my Amazon Prime account, which I’ve already paid for. And watch them.

Another detrimental effect that such fakery will achieve is that it undermines the success stories. Consider a fact that I hear a movie like “Tej I Love You” or RGV’s “Officer” is, as they put it, a wild hit, then so was Mahanati (although it was a genuine hit). Now to me, Mahanati is as good as RGV’s “Officer”, well because they say so. So, I’d go ahead and watch “Officer” only to return home robbed and underwhelmed. As a normal moviegoer, I would attribute the same feelings towards Mahanati, which was supposed to be watched for the marvellous movie that it is. You think this a weird feeling to have? You’d think that this is too much of a mental exercise to see a simple fucking movie? Well, then tell me why people in the city think twice to go watch a movie these days. Yes, the ticket pricing is one factor. But I think the other major factor is that we simply don’t know which movie is good. There’s no review system. Every actor is sucking up to each other, appearing at their corresponding functions, and in a mutual benefit propaganda, promoting utter shit as if it’s a movie their momma made on her deathbed.

Productions houses here in Tollywood need to understand that by promoting every crappy movie, and by not showing a movie it’s actual worth, they are denying a good script a flying chance. Which brings me to my thought. Are they dumb or are we? Maybe it’s a give and take. We are gullible. There is no denying that. And it’s showbiz after all. Show business. A business which shows you what you want to see. If someone says that our movies are pieces of artwork, at this point in time, then either they are eccentric geniuses like the people organizing Award Shows, or professional blabbermouths.

The Poster Designs And Sad Bubble We Live In…

I remember visiting a film studio a year back to attend a screening of a movie. This studio reputed by the nation as being one of the best across the country, and boasting of processing units with cutting-edge technology was an object of fascination to me. Instead of munching on free biscuits and sipping on some cold chai, waiting at the third-floor hall for the earlier preview show to be done, I took off exploring the facility. On the fourth floor, I witnessed a group of designers working furiously behind glass doors on some posters. It took me a moment more to realize that these young chaps were making posters of the movie I had come to preview. As I glanced at a pile of posters placed neatly upon a newspaper sheet, I realized that this preview held no meaning. The posters simply said ‘Biggest Blockbuster In Andhra’ and another set of posters which said ‘Biggest Blockbuster In Telangana’. Why were writers, journalists, media people and more, then called to the preview? Ironically just to have some cold chai and munch on some biscuits.

The movie, however, was a huge disaster at the box-office a week later. By the following Friday, no one cared about the movie, and the following Monday, the stars of the film started appearing in different media channels and TV channels to promote it. Nothing of use, the movie sank without a trace. What happened to the posters then you ask? Well, they had been pasted across the city right from the release date of this movie, and they hung there till the announcement poster of the star’s next movie came whistling about. Tollywood is a strange cortex right now. Firstly, there is the issue of making substandard and frankly juvenile films. Secondly, these films right from the production stage are promoted left and right by social media pages who charge anywhere from 20,000 to 72,000 ( we were offered 45,000 to be clear here). And then comes the posters designed specifically to shout at your face that they are either an “Action hit” or “Romantic Hit” or “Roaring Hit” or “Thundering Hit”. And finally, critics are bought off by cold chai at production house previews. And then, there is that god-awful mutual propagation these days by stars, either online or offline (the charges for promoting a movie by a star or a director or a star-director stands between 80,000 to 1,00,000 per ten tweets). And suddenly the world is shinier by the day and all the glory be to the lord in the heavens. And every crap comes out to be, you guessed it right, “A Fucking Blockbuster”.