[VoxSpace Life] The Liberty Of Using Movie Posters : What Have Artists Left Behind? 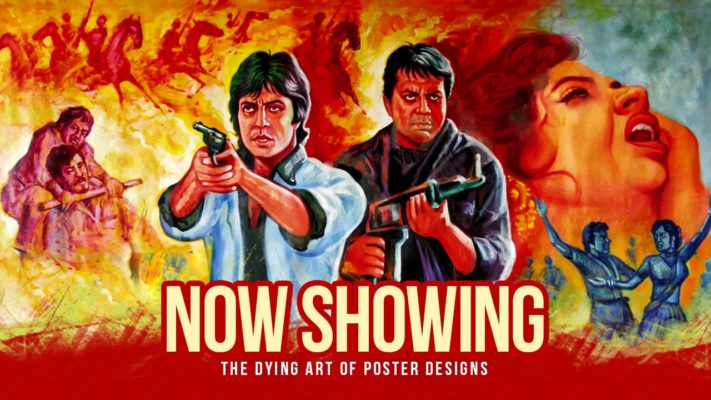 What once had been construed as nothing less than an art with stalwarts like Bill Gold and Saul Bass in the scenario, poster making has lost much of its grandeur over the ages. The fading away can be attributed to the increasing burden of economic success that the creators are put under, which has crumpled down the existence of posters to the very core. If we take a sneak peek into some of the finest film posters, one cannot overlook the dominance of Saul Bass, designing with minimalist style posters for Vertigo, The Man with the Golden Arm, The Shining and The Cardinal, where posters and cinema were knitted in a synchronized manner upon which much of the popularity of the film depended. If we examine some of the classics, the posters designed by Saul, the man never gave away much of the movie plot, except illustrated in a symbolic manner, the quintessential components of the movies, intertwining the living with the objects. Bill Gold set the niche by creating illustrations, somewhat depicting the crux of the movie in a single frame, within a constricted place. The foremost aim was to stir up people’s imagination which elevated posters to becoming a work of art, making them a success even in the commercial market. The conundrum about posters was nothing bizarre in those times when the artists’ capabilities were not restricted to marketing parameters resulting in loss of the penultimate essence of the movies from the designs.

Recently while studying about the history of poster making, I stumbled on the vivid and supernatural admixture of colour and graphs in Soviet film posters, the art and design of which could be equalled to the stature of artefacts. You could place one of the masterpieces beside your bookshelf, present it as a gift to a cinema buff because posters in those times were a weapon to snare attention, conjure up the film inside your mind, even long after you have watched it. Posters that came into the market from the house of Stenberg brothers appealed to the aesthetics owing to their graphic design, elevating themselves to a work of art in their own right. What is missing from the posters of contemporary times is an artistic freedom which previously allowed artists to make posters a repository of meaning in direct connection with the film, posters that would create a room for themselves, posters that would later make a come-back with the help of more graphics manipulation by modern artists. Posters subtly showcasing minimalism, realism and absurdism came to a steady decline, subsided to what now remains as a rather mocking variety of posters, nothing like the ‘power and glory’ like their precedents.

So what has been missing from the contemporary film posters? Only a handful of them is worthy of putting up on the wall or purchasing them simply for the sheer work of art that they render. Some of them, like Spider-Man: Homecoming, honestly I would not know what on earth the jutting New York skylines signify, are clearly done in a moment of fit, others within restrictions the aesthetics comparable to that of a toothpaste’s advertisement. A couple of factors could be held responsible for this, for instance, posters have no longer retained the position being an indispensable part of movie advertising like they used to be in the yesteryears.  A poster today is the output of a very strict and restrictive marketing team, unwilling to take any chances with design and graphics. If we are to search for the trick of conjuring up the entire film into a restricted area, we would be left complaining. To delve deeper, social media has created an entirely new fiasco for promoting a film, making posters somewhat anachronistic, a rather unflattering and dicey medium for PR team to strike a chord with the audiences.

What really irks me is the fact that a couple of these posters fail to create any difference to the films. Today posters are no masterpieces, that would stand  50 years from now on. The art in itself has the tremendous possibility of getting destroyed in the whirlwind of time, pushed back into the darkest recesses of the mind, a work of art only to be marvelled at from a distance. It seems that if movie posters are solely made for informing audiences about the imminent release of the film, then we are most certainly on the verge of losing the art in the void.