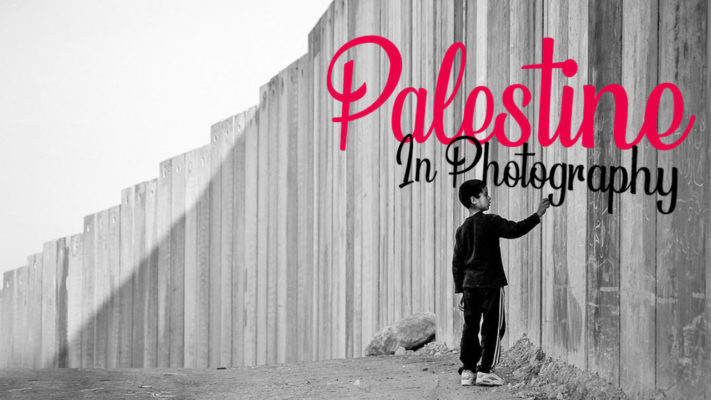 School bells do not reverberate during mornings, dawn starts with fear and shudders as citizens anticipate another round of catastrophe and loss of loved ones, something that Palestine has witnessed since long. The photo that I recently came across in one of the popular social media channels is shrieking that innocence and childhood bliss are myths in Palestine, that has ravaged itself waging brutal wars. During this period, many photos surfaced on the social media channels. Photos were taken in the past, none, however, struck a chord like the one which portrays boys aged around 10-12 or even younger defiantly holding toy guns. The image shows the doom of generation after generation in Palestine, a country whose every corner has been stained with war brutalities and political polarization. To talk about the casualties resulting from a prolonged stretch of war, the scenario can be best viewed as nothing short of a holocaust, humanity has failed even before it was given a chance to mushroom. What now remains of Palestine are rubbles of what had once been an abode of architectural grandeur and flourishing business’.

The Casualties Of War

The brutality of war gets a graphical reflection on the number of countenances- children, young people, middle-aged and old people who had been stuck in the dynamic of war, ideologies, power and dominance. A war whose continuance has snatched much more than its results can ever hope to bestow upon Palestine.

In his poem, A War Song to Englishmen, William Blake writes “ Soldiers, prepare! Our cause is Heaven’s cause,

Soldiers, prepare! Be worthy of our cause”

However, there is no virtue left in the mass manslaughter that has wrapped Palestine in a cocoon, in the name of fighting for a cause. In my discussion, which was prompted by the picture whose photographer (Larry Towell) was awarded the World Press Photo of the Year, I would also talk about other crisis that civilians have faced in the pillage of what once used to be Palestine.

Palestinian women and children are raped and sexually harassed by Israeli soldiers and police officers. There are a countless number of incidents that are yet to get chronicled, yet to be conveyed to the general people by mass media. Children wake up to the shrieks and howls of people, bombing, fear, the pain of losing a limb, the pain of losing a loved one. The picture that portrays arms raised towards the sky with revolvers is a pain-stricken reminder of smoke and dust billowing into the same sky. There are a countless number of children whose families have been wiped out after inhuman torture, children who have starved to death, who are mutilated and are sinking into the ruin surrounding them, and there are children who have known no God.

The issue of war and crisis in these areas have receded back into the global consciousness, which has failed to provide a respite to the children from the largest concentration camp, where they are breathing poison with every breath they take. Hounding proportion of children have been subjected to mental torture. It is in a barren mindscape where no flower can blossom that the children are growing up. A state, which has failed to provide protection to its citizens, where infants die, youth suffer from rootlessness and children play with bombshells, is a failed state.

One of the greatest Palestinian poets, Mahmoud Darwish, was imprisoned for contributing to poetry and fiction and was confined under house arrest. Drawish has articulated in beautiful and melancholic language about the pangs of a diaspora, an exile banned from his own land, accused of nurturing his love for poetry. A number of critically acclaimed poets by Darwish punctuates with his desire for a safe abode, “. . .when eternal green/ meets navy blue in the morning.” (On a Day Like This). Palestine has also harboured poets like May Ziade, who was a poet, journalist, writer of politics and fiction and an advocate of feminism, who battled relentlessly for the emancipation of women. She always possessed a cynical view of accepted cultural norms that shackled women in numerous invisible chains.

Jabra Ibrahim Jabra’s poems echo the present state of misery and dilapidation of Palestine that has in its clutches children and their dreams, “spring after spring,/in the desserts of exile. . .” the lines from in the Desserts of Exile are bound to send shivers down the spine. These poems recite the once sensuous beauty and tranquillity of Palestine when ‘April bursts open in its plains. . .”. Today Palestine is ‘writhing with hunger”, children toying with death as forlorn tombs adorn the streets of Palestine.  The fact that Palestine is rich in art and culture is also well evident in cinema, which has given the audiences unpretentious view of war, loss of identity, sub-culture of Palestine, rap music, childhood, friendship, and love. The World Press Photo 1994 only symbolizes the decay of art, history, and culture by the ruckus resulting from military rule in Palestine.

History That Slowly Subsided Under Ruins

What is happening in the Middle East can be condemned as a war against humanity. The recent spark that happened due to Trump’s recognition of Jerusalem as Israel’s capital did very little to establish peace and harmony between the two states especially when Israel had considered Jerusalem its capital since long.  Palestine is a city that has been an observer to the slow and merciless death of its dream of pastoral serenity, technological advancement, and human prosperity. Each and every day in Palestine dawns as if to create a new record of death and casualties, blood spilling into the streets, mixing with dust and gunpowder.

In Palestine, everything has halted to create a mind-numbing sensation of noise- bombing, air strikes, and desperate cries. The scope for press, education, normal cycle of life has been disrupted beyond any answer. Most of the children over there have not heard of a life that is not tainted by deaths, bombing, gunning, dense smoke clouding over streets, ambulance sirens, lack of food and water, streets that are  not vulnerable to military regime and propaganda, streets that are not littered with blood and deafening silence following a war. Children in Palestine are left in a deep and dark airshaft, with guns, at the age of 10, as their only rescue.