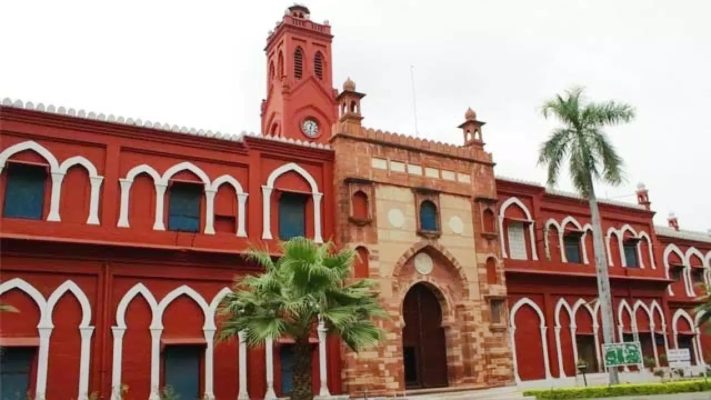 Aligarh Muslim University, one among the various educational institutions to which UGC recommended in last October to drop words denoting religious affiliation, has reverted that such recommendations are “preposterous”. According to the UGC panel, words like ‘Hindu’ and ‘Muslim’ do not adhere to the secular nature of the country and so both AMU (Aligarh Muslim University) and BHU (Banaras Hindu University) were asked to drop off those words from their names. The logic was that all educational institutions funded by the government are secular in nature and its name should also denote that idea.

“The committee incorrectly draws the conclusion that renaming AMU as Aligarh University would instil secular values. One must recall that in India the concept of secularism arises from the discourse of justice and equality, than from an anti-religious position mostly practised in the West,” AMU Registrar Javaid Akhter was reported to be saying in the response to the government.

This time, as the Indian Express reports, the UGC panel’s recommendation was made outside its audit mandate. This was restricted to academic, research and financial operations in ten universities. Criticizing this, Mr Akhter wrote that “ The name of the university gives us an idea about its history, purpose and character and preserving the same is our bounden Constitutional duty.”

The names have significant value to the history of the universities and why they were established in the first place.  As explained in the AMU’s official website, “In 1877, Sir Syed founded the Muhammadan Anglo-Oriental College in Aligarh and patterned the college after Oxford and Cambridge universities, that he had visited on a trip to England. His objective was to build a college in tune with the British education system but without compromising its Islamic values.” And “The Aligarh Movement motivated the Muslims to help open a number of educational institutions. It was the first of its kind of such Muslim NGO in India.” AMU was founded on the motive of helping Muslims in India overcome their educational backwardness.  MOA provided western education, but also taught Islamic theology.

Looking into the history of BHU, it was found by Pandit Madan Mohan Malviya, a prominent leader of the Indian National Movement in its early phase. In the university’s official website, its objectives are written as “to promote the study of the Hindu Shastras and of Sanskrit literature generally as a means of preserving and popularizing for the benefit of the Hindu’s in particular and of the world at large in general. The best thought and culture of the Hindus and all that was good and great in the ancient civilization of India, …… and to promote the building up of character in youth by religion and ethics as an integral part of education” 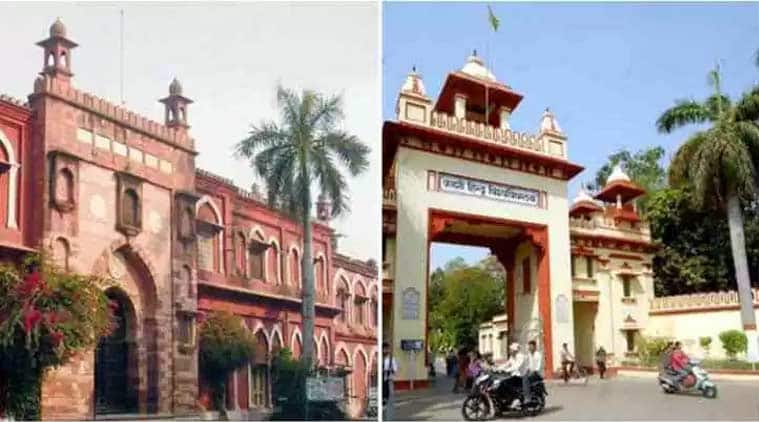 Indian Express reported on October 10, 2017, ‘According to the university’s official website, “It always pained him (Malviya) to observe that while students belonging to other sects knew much about their religion, the Hindu students knew very little about their rich cultural legacy.” BHU’s main purpose was to enable its students to be true Hindus and true patriots.’

The union government had attempted the same with BHU in 1965, introducing a bill in parliament namely the Banaras Hindu University Amendment Bill. Even though Rajya Sabha passed the bill on November 15, 1965, the name couldn’t be changed due to student protest in BHU. Student political parties, mainly the RSS, opposed the move. Classes were boycotted, effigies were burned, meetings and processions were happening then.