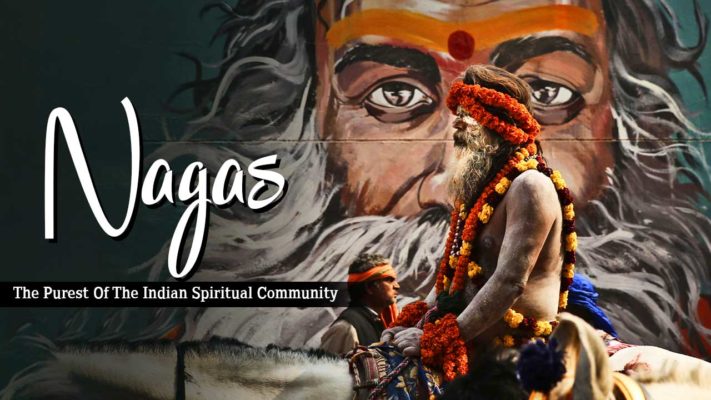 Kumbh Mela And The Naga Sadhus

India is known throughout the world for its spiritual and festive nature. Be it the good old Pujo or the vibrant Holi, we know how to pump up the energy level. However, there is one event which is nothing quite like anything else, an event nothing like you haven’t seen before, the scale and grandeur of which leaves many in awe: The Kumbh Mela.

The Kumbh Mela is a melting pot of people from all across India and other parts of the world. People come for their own reasons. Some come looking for spiritual awakening and some to wash off their sins. Whatever the reason may be, you will never find the lack of people at the Kumbh.

Amongst the multiple exciting things that you might come across there, the most striking and fascinating thing has to be a group of ash-smeared people. One look and you know that they are not your regular folk. These ash-smeared, semi-naked/naked men with their dreadlocks and tangled chains of Rudraksha are easily identifiable even in a crowd of thousands. They are none other than the Naga Sadhus.

Who Are The Naga Sadhus?

The Nagas sadhus are one of the central attractions of the Kumbh Mela, wherein hundreds of devotees come to seek their blessings. This is the only time when one can see the otherwise reclusive Naga Sadhus, who choose to live in isolation after taking a vow of celibacy and renouncing all worldly possessions. Naga sadhus are the first ones to take the holy dip at the Kumbh and it is believed that they are the purest souls on earth and once they enter the waters the water also becomes pure.

Most of the Naga Sadhus enter the orders in the early teens after leaving their families and friends. The process can take years. One has to live a life of celibacy for 6 years to get the title of ‘great man’ and continue it. It is only after 12 years that they can be called a Naga. 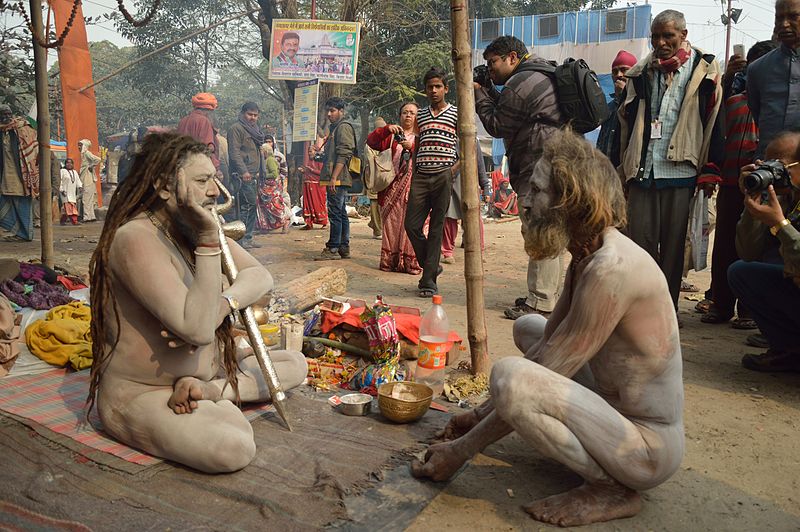 Nagas are the followers of Shiva. A lot of them believe that Shiva was one of them and one can find the resemblance in the lifestyle they choose. They spend most of their time in meditation, smoking chillums (pot) and basking in the bliss of complete detachment from the world. A lot of times people get confused between the Aghoris and the Nagas, while both of these groups consume non-veg food, it is only the Aghoris who consume human flesh. These sadhus challenge the social norms and are symbolic of the worthlessness of these norms to a spiritual seeker or enlightened being.

The Nagas are a warrior tribe and they love to indulge in intellectual fights and wrestling. The Kumbh is their playground and this is one place and time when they get together from different corners of the country and exchange their art and display their skills.

When Did The Concept Of Nagas Start?

Nagas probably are one of the most photographed and the least understood of ancient Hindu cults, often feared and blindly followed. It is believed that the Naga tradition began when Adi Shankaracharya created them as a Hindu army. They still follow the words of Shankaracharya and can be seen chanting his name along with Shiva’s name.

Not many people know about what goes on in the life of a Naga because of the privacy they choose to maintain. One can hardly find a Naga Sadhu in any other place but Kumbh and even when you meet them the conversations are full of riddles, which are difficult to decipher for a common being. One can only comment about what one can see and anything beyond that is only inside the minds of these yogis.

The Decline In Numbers

In the past few years, their number has come down drastically. The akharas or akaharas are facing a real crisis in recruiting new Nagas. So much so that the akharas are putting up fake Naga Sadhus at the time of Kumbh to show their strength. There have also been cases of presenting the devotees as Naga Babas after changing their appearance just to bolster the numbers. It is a sad reality that with every passing year the number of authentic Naga Sadhus is going down, even though it might not reflect in the official count.  For the time being one can find them in the Kumbh Mela that is going on in Allahabad this year.