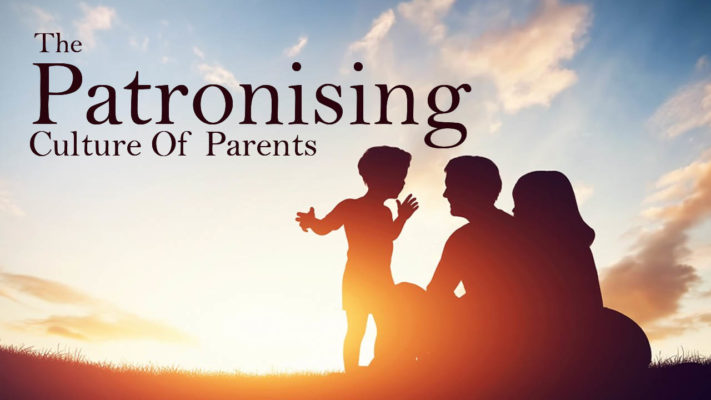 Stop Shutting Your Kids Down

‘Don’t talk in between. You are too young to know anything about it.’ ‘Never raise your voice, talk slowly.’ I have heard these lines all my life, from various people, almost every time I try to make a point. And now, I think it’s high time I tell them that they are wrong.

I have never understood how being younger makes a person ineligible to speak and being older makes a person extremely sensible. My encounters with innumerable older people, who made absolutely no sense, and counterparts or even younger people, who were smarter than I am, has added to my confusion. I wonder how, almost, every elderly person is entitled to be respected purely because they lived on earth longer than I did. Hence, dear parents and everybody who thinks so, I am sorry to say this, but you are absolutely wrong. Here are a few points you need to know.

Anyone Can Get Angry!

As the heading suggests, age has got nothing to do with anger. Anybody, at any instance, can be angry with anyone if they are ill-treated or misbehaved with. So how does this whole ‘you are too young to talk’ phenomena justify kids or teens not being allowed to voice their opinion when they are angry or disappointed? A lot of parents suppress their kid’s emotions so much that they end up with pent up emotions, unable to speak and express themselves.

Dear Everyone, no matter how old or young your kid is, teach them to speak up when they see something wrong happening, either to them or others, irrespective of who the other person is or how old s/he is. It’s important.

Being Sensible Has No Age Restrictions

When your child is trying to make a point or contribute to a conversation, don’t shut them down without even listening to them, just because you think they are too young to know anything sensible about the topic. Kids have the ability to look at things in the simplest way possible. They might just give you the answer that’s right in front of you, which went unnoticed.

Not letting them express their opinion just because they are young impedes their confidence like nothing else. They will find it extremely difficult to present their point of view in their classrooms or programs outside the school for they were never encouraged to do so. You wouldn’t want this for your kid right. So, let them speak.

Now, letting them speak but shooing them away right after or dismissing them does no better. Everybody irrespective of their age should be given a chance to contribute and be respected for that. Their words need to be acknowledged.

Having said that, don’t force your kids to respect someone just because they are older to them. Explain to them why that person deserves it. If they dislike the person for a valid reason, respect it and leave them alone or try to fix things between them instead of simply giving them no choice but to deal with the person because they are family or important.

The same parents who shut their kids out want them to perform and sing in front of their relatives. I can’t even process the level of hypocrisy here. I fail to understand how a person can expect someone to be silent and then go bonkers whenever they are asked. It might look exaggerated but I find it to be cruel. And if the kid hesitates and seems shy then s/he is pushed until they give in and made to feel so uncomfortable in front of everyone, affecting their confidence even more.

I am sorry but I hate all those aunties and uncles who force their kids to entertain everyone in that get-together or a function. Understand whether the kid is okay to perform anything or not. How is the child feeling? What does s/he want? Does he like being in front of too many people? Ask these questions.  And god forbid, if there happens to be this enthusiastic kid who is extremely outgoing, don’t compare your kid to them and even worse insult them in front of that kid.

I would like to conclude that every parent needs to understand that their child will always look up to them. Therefore, it’s important for them to let their children voice their opinions and respect them. Every child should be told that they are valued and their opinions matter. Growing up, it’s only these kids who will become sensible citizens and learn to listen to others and respect them for the right reasons.