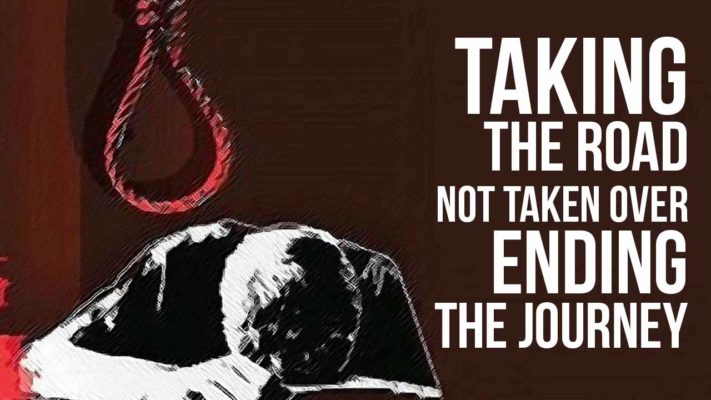 Chase Your Own Dreams, Make Them Come True

Growing up, most children harbor a dream. They want to make their parents proud. I had the dream too and I had everything thought out, as to how I’d make that happen. But when I started the implementation, I found out that it wasn’t as simple as I had perceived it to be!

You know why? Because all this time, I was planning and working hard for my parents’ dreams, I was working on what my parents wanted and not on what I was good at. As children, we are innocent, gullible and sensitive. Of course, we need good guidance to show us the way, to tell us the right thing. We have to be told to keep practicing what we enjoy doing so that someday we can make a career out of it; at least we can have the option to do so! We have to be told that money, status, “log kya kahenge” doesn’t matter! What matters is us, our talent, what we enjoy doing and what makes us happy.

This is a message to the Youngistan, to my young friends who are facing the wrath of Indian society and needs to understand his/her priorities on their own. This is also a message to parents, teachers and everyone who has an active role to play in any child’s life. And this is especially for those adults who are feeling particularly defensive right now.

How Telangana Board Exam Results Turned Into A Deathbed For 21

Let’s address the issues. These are issues people from all age groups should be aware of. Yes, our country is in the face of a calamity. Yes, we are raising our children wrong if we are losing one child to suicide every hour! No, it’s not true if you say your child doesn’t need help. It’s not true if parents say they don’t need therapy. Everyone needs help at some point or the other! 12% of Indian students between the ages of 4 to 16 suffer from psychiatric disorders. 20% show signs of mental disorders out of which 2-5% have serious concerns like autism and bipolar disorder.

On May 1st, 2019 a Hyderabad student shot himself with his father’s pistol for failing to qualify for JEE(Mains) in Malkajgiri. Throughout late April, we saw how faulty results declared in Telangana Intermediate exams led to 21 students committing suicide. This has become the highest number of suicide cases recorded post-intermediate results in the state in four years. The Telangana Government had ordered a probe into the matter, a team of three who pointed out major technical issues and a few human errors in the evaluation process.  The committee pointed out that there were errors in the bubbles of the OMR sheets which led to wrong evaluation by the software.

Chief Minister K Chandrashekhar Rao has ordered a free re-evaluation of the papers. This came after students and parents took to the streets to protest against the wrongly declared results.

Just like every time civilians suffer a political vendetta feeds on it, this too has become a political fiasco. The opposition parties like Telugu Desam Party, Jana Sena, and Congress are staging protest alleging the software firm Globearena Technologies to be inexperienced. BJP state President K. Laxman is also on an indefinite hunger strike demanding judicial probe and removal of the Education Minister Guntakandla Jagdishwar Reddy. The TPCC General Secretary Manava Roy even alleges that the government failed to take action against the private firm due to the clout it enjoys with the CM’s son KT Rama Rao. For this particular incident, we could blame the Board which conducts the exams or the software firm or let’s consider its political affiliates as well. But when will we address the real problem?

The truth, no matter how harsh it is right now, is that no child will commit suicide due to a faulty evaluation if they didn’t feel the mental pressure of disappointing his/her parents, the pressure which resulted from years of depression and trying too hard for approval from his/her parents. The child won’t kill himself if s/he knew that their parents would understand. Aren’t we failing our children if they feel we won’t listen or understand them? Aren’t we draining out our children, exhausting them physically and mentally because of our own selfish pursuits?

India Loses One Child Per Hour To Suicide

Say No To Unrealistic Expectations

Psychiatrists are of the opinion that most student suicides in India are due to unrealistic expectations from parents, lack of support from peers and overburdening pressure of the education systems. The inclination of Indians towards pursuing particular fields like medicine, engineering, and civil services leads to increased competition in the fields. This leads to schools and coaching centers overburdening the candidate leaving them no time for recreation or self-evaluation. This leads to depression if the child fails to get through. Persistently trying and failing leads them to take the extreme step as by now they inherently think, as they have learned to think growing up, that they have failed and brought disgrace to the family.

If this is the mental trauma that a child goes through for merely scoring less in a school test, are we preparing our children well for their life ahead? Do you think scoring a 99 makes your child special? What makes a child special is if he is a strong person and understands how to learn from failures and build from scratch, faces problems in life head on instead of giving up and falling prey to depression.

For starters, every child is special. They must be accepted for who they are. One certainly can’t expect a child to be more mature than the parent; even though in a lot of cases, your child might surprise you.

Children are sharp and they pick up information, moods, or reactions of people really quickly. It is the parents’ duty to identify his/her talents, motivate them to excel in it, lead by example and physically manifest into the person one wants his child to be.

One needs to be very attentive about the environment a child is growing in. A positive environment full of love, enthusiasm, motivation, encouragement, and understanding works miracles on a child’s growth. One must never compare their children with others and of course, one must never expect their children to fulfill their dreams. They have their own, you know! Children are really innocent and will mostly follow what you say, but that calls for the need for you to say the right thing and lead the child in the right direction. Towards the path which makes them happy and content later in their lives.

We are all unique in our own set of ways nobody else can replicate. We grow up to somatically acquire talents and interests of our own; which need to be shaped, nurtured and first, be discovered, before going for it as a career option. To be content with our lives, we must arrange for our future in a way that every breathing moment is a satisfaction. That can only be achieved if we are clear about our interests. Someone said, and it’s the current wallpaper on my phone, “What I’ve learned is to keep doing what you love to do and believe that it’s worth something. If I believe in something so much and keep putting time into it, eventually everybody will catch up.”

We can use various means like reading inspirational books, watching talks by influential people, surfing for articles on life and career counseling online or even talking to an elder(maybe a teacher or a relative) who seem reasonably radical. You must be updated with the latest breakthroughs in the field of your interest and be familiar with the platforms which can provide you with scopes in the future.