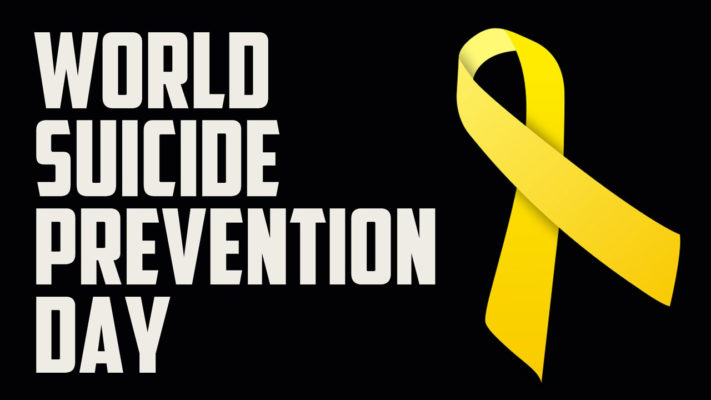 According to the World Health Organization (WHO), over 800,000 people commit suicide every year, which is one person every 40 seconds. It’s a small world, as to how we say it, and we need to be aware that 800,000 is a lot. One among them could be someone around us. From our locality. In your office. One of your classmates. One among your dear people. It’s a truth we need to accept. It could happen to anyone, but, you have the opportunity to make a change. Open up to others and make space for others to open up as well. Don’t you remember reading those testimonials and stories where s/he said, “If it wasn’t for that one person, I wouldn’t have the courage to stay alive”?

The idea behind commemorating September 10th as World Suicide Prevention Day (WSPD) is to initiate a conversation about this subject and make people aware of the graveness of the issues at hand. It is organized by the International Association for Suicide Prevention (IASP) with the World Health Organisation as the co-sponsor. “The purpose of this day is to raise awareness around the globe that suicide can be prevented,” WHO says.

Most suicides in the world occur in the South-East Asia Region (39% of those in low- and middle-income countries in South-East Asia alone) with India accounting for the highest estimated number of suicides overall in 2012. More than one lakh (one hundred thousand) lives are lost every year to suicide in our country. In the last two decades, the suicide rate has increased from 7.9 to 10.3 per 100,000. The majority of suicides (37.8%) in India are by those below the age of 30 years.

The fact that 71% of suicides in India are by persons below the age of 44 years imposes a huge social, emotional and economic burden on our society. The near-equal suicide rates of young men and women and the consistently narrow male: female ratio of 1.4: 1 denotes that more Indian women die by suicide than their Western counterparts. Poisoning (36.6%), hanging (32.1%) and self-immolation (7.9%) were the common methods used to commit suicide. According to the official data, the reason for suicide is not known for about 43% of suicides while illness and family problems contribute to about 44% of suicides.

Ours is a society which still isn’t literate about mental health. Even in educated and progressive circles, it is not a much-discussed topic. The concept of mentally ill is laughed upon, most people think of it as a phase that will eventually pass. This lack of awareness, though not deliberate in most cases, makes it even harder for affected people to survive among them. Unless and until we create an unjudging and supportive atmosphere, even those who understand that they are going through mental issues will neither come out and talk nor seek help for their condition. For people we love, we ought to be more sensitive and responsible towards subjects like this.

This illiteracy regarding mental health issues reflects in the media sector as well.

One effective way to help decrease the suicide rate includes responsible reporting of suicide in the media, such as avoiding language that sensationalizes suicide and avoiding the explicit description of methods used, and early identification and management of mental and substance use disorders in communities and by health workers in particular.

Reducing access to means of suicide is another way to reduce deaths.

Other effective measures include-

When someone you know is going through stress in their life, make sure you are there for them.

Ours is not an egalitarian society where all is well and equal. People are fighting their own battles and we might not even know how bad their situation is. Unless we have been in their shoes, we better not judge, but provide them with whichever form of help you can get. Be it medical, legal or even mere patience to hear what they want to say could be what they need.

[VoxSpace Selects] Review Of NetFlix’s The King : An Artistic Argument For Diplomacy