[VoxSpace Life] Stories In Doodles : The Past, Present And Future Of Indian Graphic Novels 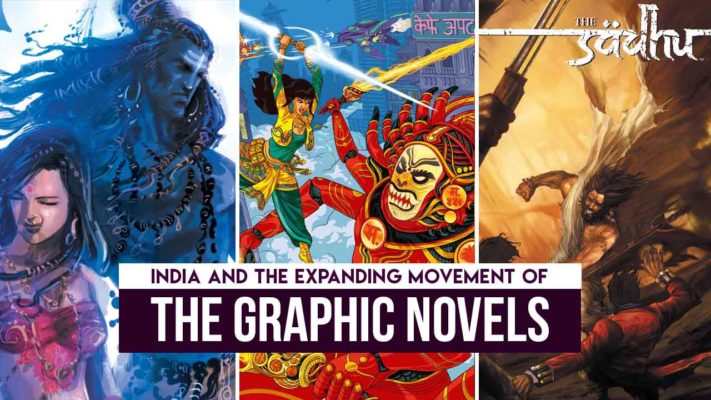 Where Do Comics Stand In The Indian Literary Space

For many years, comics had not received its due recognition in the literary space of India. An under-rated genre, comics were viewed by most as entertainment that is undemanding and cheap, with little or no literary value, meant only for the sub-literate and kids. Such perceptions went out of the window overnight with the publication of the ‘Amar Chitra Katha’ comic series in 1967. The comic series adapted the greatest of Indian legends and history and established an educational value to the previously disregarded genre of comics.

Similar to the approach and style of the ‘Classics Illustrated’ comic books of America, ‘Amar Chitra Katha’ enjoy a significant presence in the Indian literary space even today. However, with the onset of the 21st century, the modern graphic novel has entered into the literary space of India, rendering a new position to comics as a medium. Large-scale publishers like Penguin, Hachette and Harper Collins as well as small-scale publishers and exclusive comics publishers like Manta Ray, Phantomville and Blaft, all have associated themselves with large-scale productions of graphic novels giving the genre a new shape among Indian readership.

India And The Expanding Movement Of The Graphic Novels

In 1964, Will Eisner, an American, coined and popularized the term ‘Graphic Novel’ and described it as “a fat comic” in the form of a book that has adults mainly as its target readers. In no time the genre was found to be gaining speed towards a success, bringing in exponents like Art Spiegelman, who had won the Pulitzer Prize for his graphic novel, ‘Maus’. Following the trail, graphic novelists like Alan Moore and Eddie Campbell entered the community and called the genre a globally recognized creative movement that is constantly expanding the themes and the narrative techniques of the medium.

The 21st century India is an active participant in the expansion of the graphic novels. India is playing its due part in expanding the graphic novel community by contributing creators as well as readers. Not just that, India is breaking grounds with respect to going beyond the conventional genre of fiction, especially in the retelling of heroic fantasies like the Mahabharata and the Ramayana.

The Indian graphic novels not only experiment with the style and approach of storytelling but also are finding ways to modernize narratives with digital illustrations that are not just impressive but inspiring as well. The result is not just an ever-expanding fan-base but also a community that is growing fast in interest and recognition on an international level. Indian graphic novelists like Vikram Balagopal, Appupen, Amruta Patil are offering a more refreshing and personal take on age-old myths and tales that are timeless.

Going Beyond The Fictional Façade

In most Indian graphic novels, the real world– the one that goes beyond what meets the eye– is the usual scope and matter. Concerns regarding the socio-political conditions of the nation and issues that remain unexposed and veiled find its place among the many complex layers of Indian graphic novels. ‘River of Stories’ by Orijit Sen was published in the year 1994 and explored the unfortunate impact that the Sardar Sarovar Dam had on the local people who lived in the Narmada Valley.

S.Anand and Srividya Natarajan’s book, ‘Bhimayana: Experiences of Untouchability’, with illustrations by Subhash Vyam and Durable, expresses the harsh realities that the Dalit community faces by exploring the life of Dr B. R. Ambedkar. In most Indian graphic novels, such as Amruta Patil’s ‘Kari’, Sarnath Banerjee’s ‘Corridor’ and Jai Undurti’s ‘Hyderabad: A Graphic Novel’, the urban Indian setting is a common feature debunking the discreet lives and the fragmented realities of the cities, providing a kaleidoscopic view of the urban world that lies beyond the façade of the shiny and modern lifestyle.

Far Away From The Corporate Crowd

The Indian graphic novels find themselves far off from the shackles of the corporate production system, involving a bunch of writers, editors, letterers, inkers, and colourists. Instead, they are the product of a vision of a community that has taken up the responsibility of their art into their own hands. Every work of the graphic novel demonstrates a level of intimacy, directness and independent personality that is the outcome of the artist being the one in control of his art. The outcome is a work of art that is as lively as the imagination, combined with modern techniques of narratives and storytelling that show experimentation at every step. 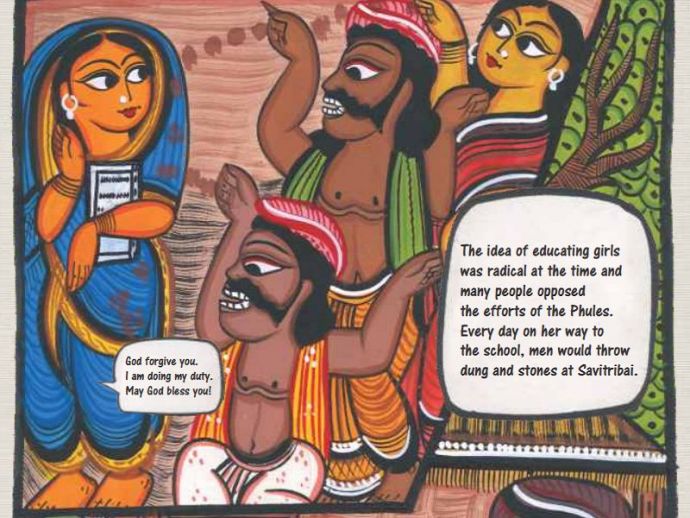 One of the publishing companies known to publish graphic novels, though on a small scale, Tara Books, had experimented with graphic novels that had ‘Patua Scroll’ artists for illustrators. One of these books is Samhita Arni’s ‘Sita’s Ramayana’ illustrated by artist, Moyna Chitrakar. Another example of a similar book also illustrated by artist Moyna Chitrakar is ‘I See the Promised Land’, a biography by Arthur Flowers on Martin Luther King.

S.Anand and Srividya Natarajan’s book, ‘Bhimayana: Experiences of Untouchability’, with illustrations by Subhash Vyam and Durga Bai demonstrate inspiring incorporation of traditional folk art into the medium of the graphic novel by the ‘Gond artists’.

Indian Graphic Novel In The Light Of International Trends

Although India might have caught up with the literary trend of the graphic novel, that has swept off the world’s feet, in certain matters graphic novels in India differ from the rest of the ones falling under the category. While autobiographies like Marjane Satrapi’s ‘Persepolis’ and Art Spiegelman’s ‘Maus’ are considered major milestones in the establishment of the graphic novel as a genre worldwide. In India, memoirs and accounts in the first person narrative is yet a far-fetched goal.

Almost more than half of the total population of India who is under the age of 35 believe that the graphic novel as a genre in India has a great potential to flourish, provided it has a steady readership, promoting and maintaining its status as an out-of-the-box initiative to enrich the literary space. What started as mere stories in sketches, graphic novels in India have evolved into a literary revolution and can only be expected to grow further in variety and vitality.