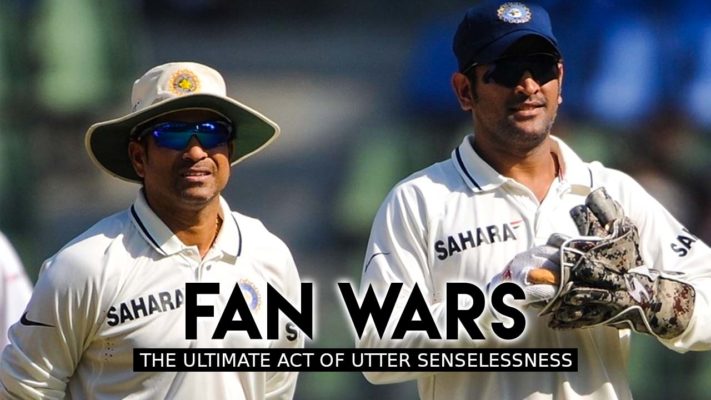 Unity In Diversity – Does It Exist?

Imagine that you are walking your pet and suddenly, you notice a street dog approaching your pet, growling. The next thing you would do instantaneously is pick a pebble and throw it at the street dog, chasing it away. This sense of violence/hatred we feel to protect or defend someone we love is natural.

But all this said, there needs to exist a sense of justice in executing the so-called “Defence Mechanism”. Though the happenings in the country, makes us doubt whether India is really a democratic or a free country, no one can argue that it actually is. We all have the right to express what we feel and to healthily criticize someone.

The design of the society is so packed and tight like a honeycomb that we all subconsciously crave for that little breather. Since the society doesn’t yield you that, we tend to vent out or spit out venom at any given opportunity. A man having a bad day at office yells at his kids for no reason. A society which has people leading a bad life hates someone, yells at someone for no reason.

Fan wars aren’t something new to us. Be it Rajini – Kamal, Vijay – Ajith, STR – Dhanush, A.R. Rahman – Ilaiyaraja or Sivakarthikeyan – Vijay Sethupathi, we see all sorts of these pointless battles in our timelines. We all witnessed Ajith fans’ trending the hashtag that abused Vijay on his birthday and Vijay fans retaliating by abusing Ajith (Damn! This even made it to the news! Hail media!)

Though the love we have for our favorite actors has pushed us to fight the fans of other actors, I was always awed by the way “Cricket” united us. During the India-Afghanistan match, there was a footage where a Sikh was seen dancing to our victory. And someone tweeted that cricket united us, as it was a Muslim who finished the game, it was a Hindu Captain who led the side and a Sikh fan cheering the victory. It was true. The realization made me love the game more. Though IPL had us fighting for our favorites, the World Cup successfully united us. I always believed cricket united us until something else happened.

When Fans Hurt The “God”

Though India won the game, any Indian fan would know that it was rather an unconvincing win. There were a lot of issues with the gameplay of the Indians, but again it is easy to comment from an Air Conditioned room, to get yourselves together in the field is a totally different story. In the end, it was a win and that matters the most.

One of the greats of the game, the master blaster, the God of cricket, criticized captain cool Mahendra Singh Dhoni for his lack of positive intent. Sachin commented on Dhoni’s Partnership with Kedhar Jadhav which I agreed to a certain extent. I agreed because it is his view of things. Again, as I mentioned earlier we never know what MSD and Jadhav were planning regarding their approach. Nobody wants to play bad, no player wants their team to lose, and a legend like Dhoni would’ve definitely had something going in his head regarding his approach and you don’t succeed all the time. It was just a day off for MS. Of course, the talks would’ve been different if he had managed to do what he had done all these years.

But as I said, the fans, all they needed was a little trigger to vent their frustrations out. The God of cricket was mocked at, abused and called names. Sachin Fans retaliated abusing Captain Cool. Any genuine cricket fan would’ve been so hurt by all these sightings.

Who Is Sachin Tendulkar?

I don’t want to give a lecture on the statistics and his achievements (Watch the tweets by Sachin Fans to know them). I just want to share on what he did to Indian Cricket and what he is to a Cricket fan.

You don’t call someone or name someone “God” for no reason. To play for the country right from the age of sixteen is not something ignorable. Apart from scoring runs, Sachin has been an inspiration to millions and millions of people. If Sachin Tendulkar had not existed, many players who play for India today wouldn’t have played cricket at all. It was his batting, his charisma that pulled people into it. There was a time when people watched cricket just to watch him bat.

He is a genius and even today there are only a handful of cricketers to match his elegance, his consistency. It hurts to see people abuse him by naming him selfish. There has never existed a cricketer as passionate as the God of Cricket.

Take Sachin Tendulkar out of the equation and I don’t know if Indian Cricket would be at a position where it is today! Any book on cricket will have his name etched in it. He is a legend!

Who Is Mahendra Singh Dhoni?

One fact that is agreed by almost all the greats in the game is that MSD is one of the greatest captains to ever exist.

He has inspired people by not only his gameplay but also his attitude towards the game. To me personally, his composure is a big inspiration. I love his humility. His tendency to remain calm irrespective of success or failure is something I would like to have. He is the captain who brought India all the three major ICC cups. He has anchored India to victory innumerable times. No matter how much the target, no matter how hard the target is to achieve, we all have hopes until MSD is on the crease. That hope we feel isn’t something that germinated out of nothing. We hope only because he delivers more often than not!

People criticizing MSD for his failures isn’t something new. He has always come back and delivered when it mattered. He knows what to do!

There is no point in hating the two cricketers without whom Indian Cricket wouldn’t have reached such a dominant position. All this said, there is nothing to deny the admiration the two legends have for each other.

“When we were growing up, we used to watch Sachin [Tendulkar], he was like God to us. He had that aura around him” – MS Dhoni

“MS Dhoni is the best captain I have played under. He is very sharp and always alert. He reads the situation well and is open to sharing ideas” – Sachin Tendulkar.

The above are words that express genuine admiration and respect. Let’s stop hating each other and let us all cheer for India!

Criticisms are temporary; Form and class of the two and the respect and love they have for each other is permanent!