12 “Pokemon Go” Hacks That Will Definitely Help You Catch ‘Em All..!! 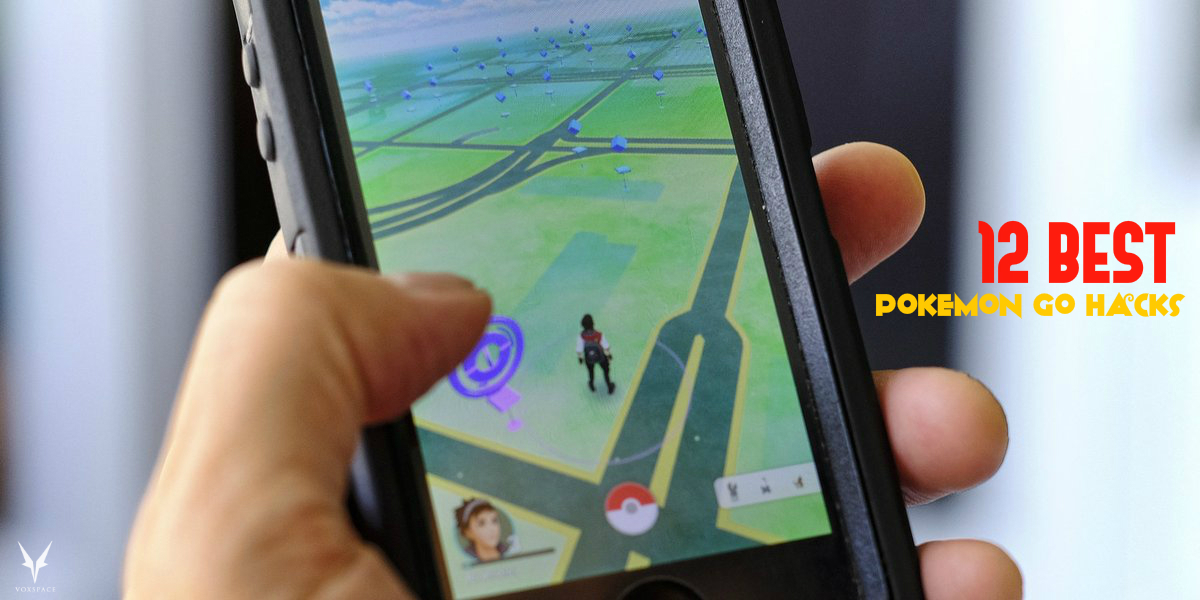 If you have somehow managed to exist this week without encountering “Pokemon Go” in any form, a) I applaud you, because that is quite a feat, and b) here’s a brief primer: “Pokemon Go” is an augmented reality game which lets you catch Pokemon in the real world — sort of. By using your phone’s GPS and camera, the app ties together the physical world with the virtual one. If you have it running while you’re out and about, your phone will alert you when there’s a Pokemon nearby, and if you pull out your device and try to catch said Pokemon, you do so by looking through your phone’s camera. When the battle displays on the screen, it looks like the Pikachu you’re trying to catch is hanging out in your actual environment. Like so:

1. Get Pikachu As Your Starter Pokemon

How To Pick Pikachu As Your Starter In Pokémon Go

“Pokemon Go” has three main starter Pokemon that spawn wherever you are as soon as you start playing the game: Charmander, Bulbasaur, and Squirtle. If, however, you ignore those three starters when they appear and keep walking, then continue to ignore them enough times when they respawn, they’ll eventually appear with a fourth one in the mix: Pikachu. Here are detailed instructions for how to get Pikachu as your starter Pokemon.

If you want to hatch an egg faster, it’s unfortunately not as simple as hopping in your car and driving somewhere. As Los Angeles Magazine notes, “Pokemon eggs hatch after being incubated for a specific distance, but they’re immune to high speeds. In other words, you’re not going to hatch a Pikachu going 65 miles an hour. After all, this is a game that encourages physical activity, not driving.” (Also, please do not drive and play “Pokemon Go.” I mean it, you guys. That way lies disaster and car accidents.)

But, if you live in a place where traffic jams are common, you might be able to use them to your advantage. Writes LA Mag: “bumper-to-bumper speeds simulate walking or biking, meaning those eggs have a good chance of hatching.” Or you could actually do that whole hopping-on-a-bike thing — you’ll cover more ground quickly, but at a speed slow enough to incubate your egg. Voila: Slightly faster egg hatching for would-be Poke-parents.

Pokemon are designed to spawn in areas with high cellphone traffic, so your best bet for finding more of the little critters is to go somewhere that’s home to a lot of crowds — monuments, tourist attractions, parks … you get the idea. Your odds are even better if you live in a highly-populated city.

Pokemon tend to spawn near their in-universe natural habitats. Water types can be found near lakes, oceans, and other bodies of water. Grass types congregate near forests. Ghost types only come out at night. So on and so forth. Try experimenting with going to different areas and exploring at different times of day to widen the variety of Pokemon you encounter.

5. Make It Easier To Catch Pokemon

Turn off the augmented reality aspect of the app. I know, I know — isn’t that what makes it fun? Well, yes, but it’s also a lot easier to keep the tamer Pokemon in your view for longer, thereby preventing them from running away before you can catch them, without the AR on.

After you level up, you can also feed Pokemon Razz Berries to make them easier to catch, or use Ultra or Master Balls to up your chances of making a successful capture.

According to IGN’s “Pokemon Go” Wiki, you can pick up Pokeballs that missed their target if you’re fast enough. After you’ve launched a Pokeball at a Pokemon while trying to capture it and miss, tap the ball while it’s still visible on the ground. If you have terrible aim (like, uh, me), this trick will prevent you from blowing through all your Pokeballs with nothing to show for it.

7. Get More Pokecoins For Free With Google Opinion Rewards

Alas, this one is Android-specific, so iOS users are out of luck. If you’re an Android user, though, download Google Opinion Rewards. Answering surveys on it earns you credit in the Google Play store, which you can then use to stock up on Pokecoins without having to shell out actual cash.

8. Get Better Gear From Pokestops

To do this, you have to visit the right kind of Pokestop. In general, they tend to be public places where people might gather in the real world. As Bustle’s Allie Gemmill commented, “Places like churches, gyms, malls, and parks all have the ability to be marked as Pokestops.” But some Pokestops are, shall we say, a little more special than others. The more well-known a Pokestop is — think a national landmark, rather than the bodega down the street — the better your chances of getting better gear, like potions and other goodies.

9. Find ALL The Pokestops

Want to know where all the Pokestops are? This map should help. It’s user-created, and anyone can add to it, so proceed with caution. But if you don’t feel like simply wandering around until you find a Pokestop (or a gym — the map has those too), it’s a good alternative.

10. Visit The Same Pokestop As Many Times As You Like

Oh cool, the weird Dog Statue at the Vet is a pokestop right across the street from my work #PokemonGO pic.twitter.com/lH9uNAO2fN

You might have noticed that after you visit a Pokestop, the icon turns purple and you’re unable to revisit it. What you may not have noticed, though, is that you’re only unable to revisit it for about five minutes or so. If you just stick around and wait until it becomes accessible again, you’ll be able to stock up at the same Pokestop over and over and over again. There’s no limit to how many times a day you can hit up the same Pokestop — except maybe the limits imposed by time itself. (That is, if you revisit the same Pokestop every five minutes for a complete 24-hour period, the maximum number of times you can get new gear from it in one day is about 288.)

Not sure what to do with all your duplicate Pokemon? Trade the lower-level ones over to Professor Willow. He’ll give you candy in exchange, which will help you evolve the Pokemon you choose to hang onto. Like a lot of apps that make liberal use of GPS technology, “Pokemon Go” can be a bit of a drain on your phone’s battery. To make the most of what you’ve got, turn on your battery saver mode by tapping on the Pokeball on the main screen, then hitting the Settings gear in the upper right hand corner. After you’ve toggled battery saver on, turn the phone upside down and its screen will go blank. The app will still be on, and it’ll still track your movements and send you notifications when Pokemon are near; it just won’t display them on the screen as you go

You can also save a little more juice by turning off augmented reality. Sure, it’s not quite as fun to battle Pidgies in a cartoon landscape rather than in your living room, but it’s a small price to pay to keep your phone running for longer.