[VoxSpace Selects] Joruga Husharuga : A Simple Ode To Those Moments In Time When You Start Living 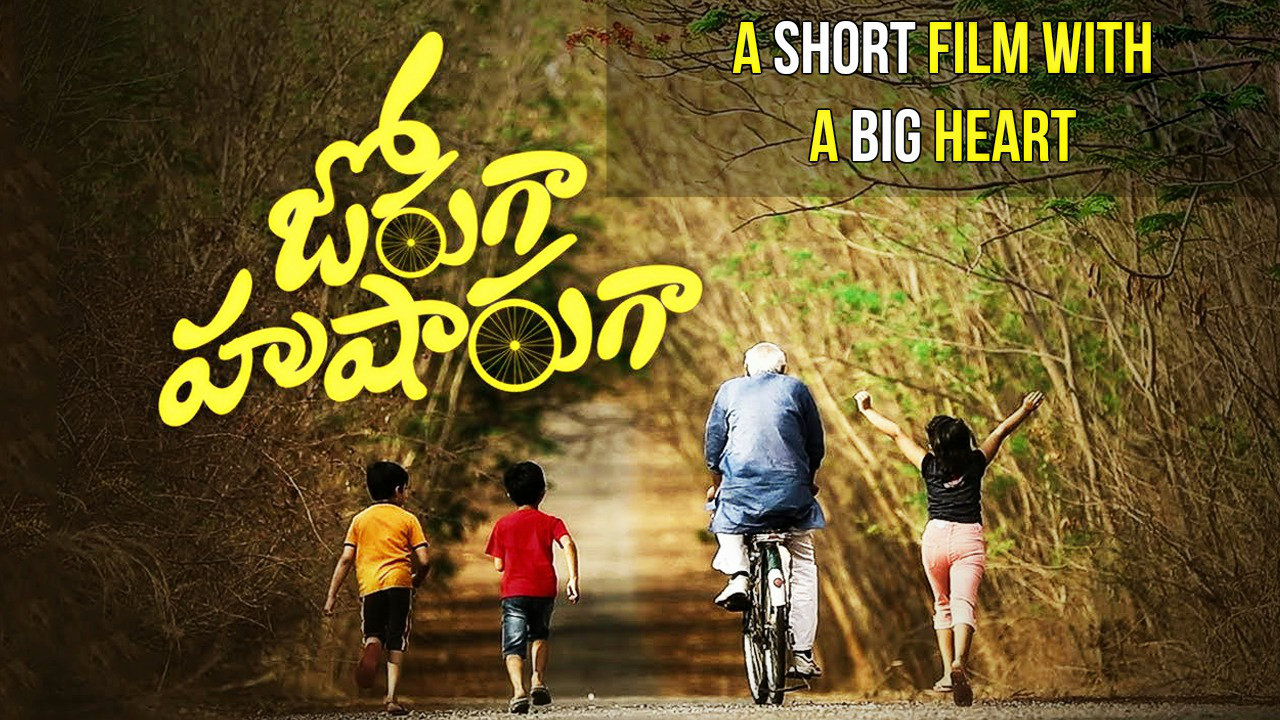 This short film, Joruga Husharuga by Writer & Director Gautami Challagulla, brings to us the spirit of life in people at different phases of their lives. The director subtly layers in the message of “responsibility” as a persisting emotion. Joruga Husharuga works on a beautiful narration depicting the concern of a child towards his parents, the matured but lost feelings revived by an old couple, the love and mischief marked out between a grandfather and his grandchild.

It a story spun with simplicity around a man who has forgotten more than what our generation knows. It gives us a feel of small things that we might have to get back to in future for the sake of love as the old man learns to ride a bicycle for his wife. It’s a tale which reminds us of the good old days of storytelling, devoid of frills and weird camera movements. Joruga Husharuga is a tribute to those slice of life moments, which always bring a smile to faces when we look back to them. In doing so, Gautami Challagulla and TeluguOne, do a fabulous job.

The character dynamics bring in sweetness to the story and reminds us of small pleasures that people usually vouch for but fail to grab onto. As a part of the society where time catered to jobs and responsibilities are considered more reasonable than the efforts put into a relationship. Our parents and grandparents seemed lost in the vicious circle of responsibilities only to ensure a better and stable life for their family and the generations to come. If only they were not so occupied in securing the family’s future, they could have had those moments to cherish. It gives us an experience of pain, of not giving into the leisure of a marriage at an earlier stage and later outlines the unexpressed feelings of a man towards his wife. The learning and sweet risks he takes for his wife despite his age are worth a watch. With the change in times, this story makes us believe life only, gets better with age and it is never too late to learn or express.

The director’s focus in carrying the importance of a character throughout the film is evident as the story is our hero, with a natural sweetness in the roles it is a movie that makes every viewer melt into a fit of smiles.

The story starts with an elderly couple, who are just passing through their life, post retirement. They have a son, who is fiercely protective of them, and thus making them incapacitated towards most of the adventurous things that they wish to do. The story turns to the elderly man who is fed up of being stuck at home, and owing to a ceremonial photo shoot that he and his wife propose to have, decides to learn to ride a bicycle at that age. For this task, he employs his grandson and his friends to venture him out. What happens next is what the story is all about.

If you think you need something simple and uplifting to start your week off, well then Joruga Husharuga is all that you need. It’s all sorts of nostalgia and it’s all sorts of fun. Watch it here: