[VoxSpace Originals] LoveSick – Final Episode : The Voices In My Head Will Never Win. I won’t Let Them 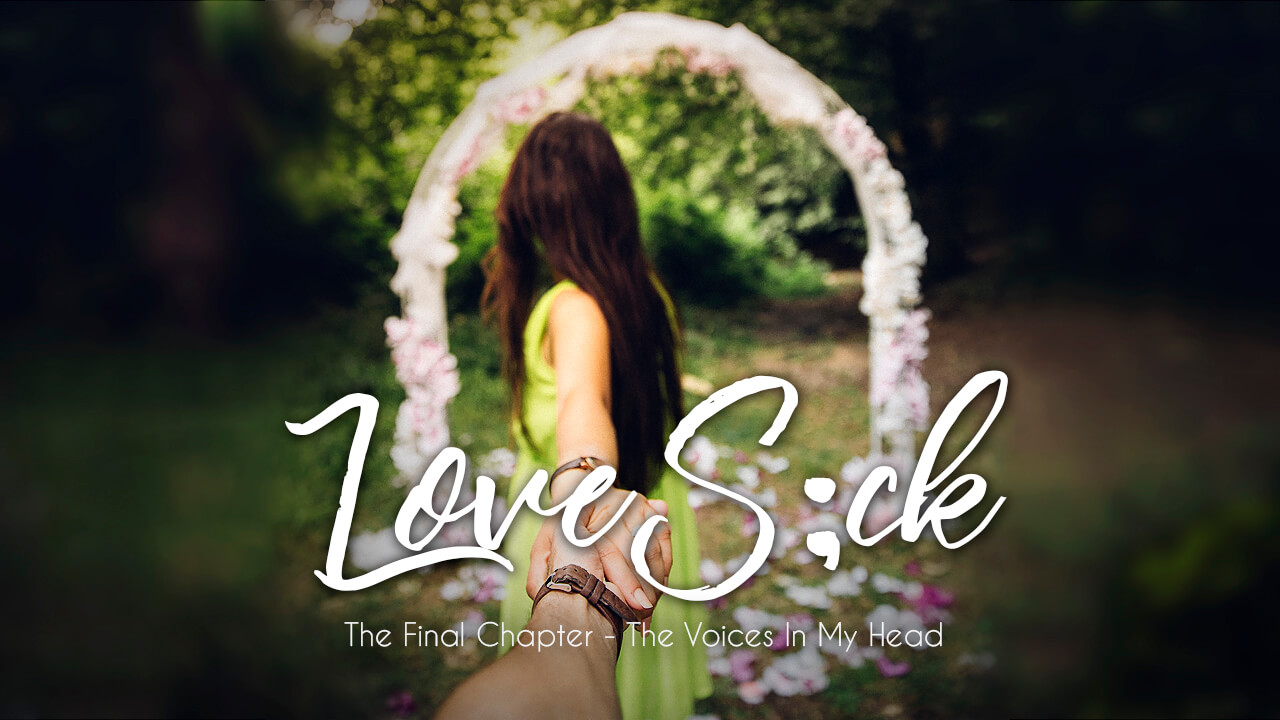 Chapter One: Everything’s Not Worth It

It’s all a waiting game.

It’s never fun. You literally feel like a bomb is strapped to your body and all you can hear is the tick-tock.

Boom! You walk in!

But more about that later. My life was starting to be as bipolar as my head was. There were days when it was a downward spiral where I thought the world is conspiring against me. Hello, paranoia. On other days I was high on life, not on any substance mind you, I was being sober. It was a lot less than grandiosity because paranoia kept creeping in.

That’s when I realised I was falling apart. Because the voices in my head were taking the better of me. They were always there but this time they were strong, stronger than ever. Sometimes they were my best friend, comforting me, giving me hope, sometimes they were being my worst enemy, putting me down, telling me I’ll never get out of this, I’m not worthy of love. And then there were times where the voices were like that brutally honest friend saying it’s in my head.

Chapter Two: The Voices In My Head – The Strangling Memories 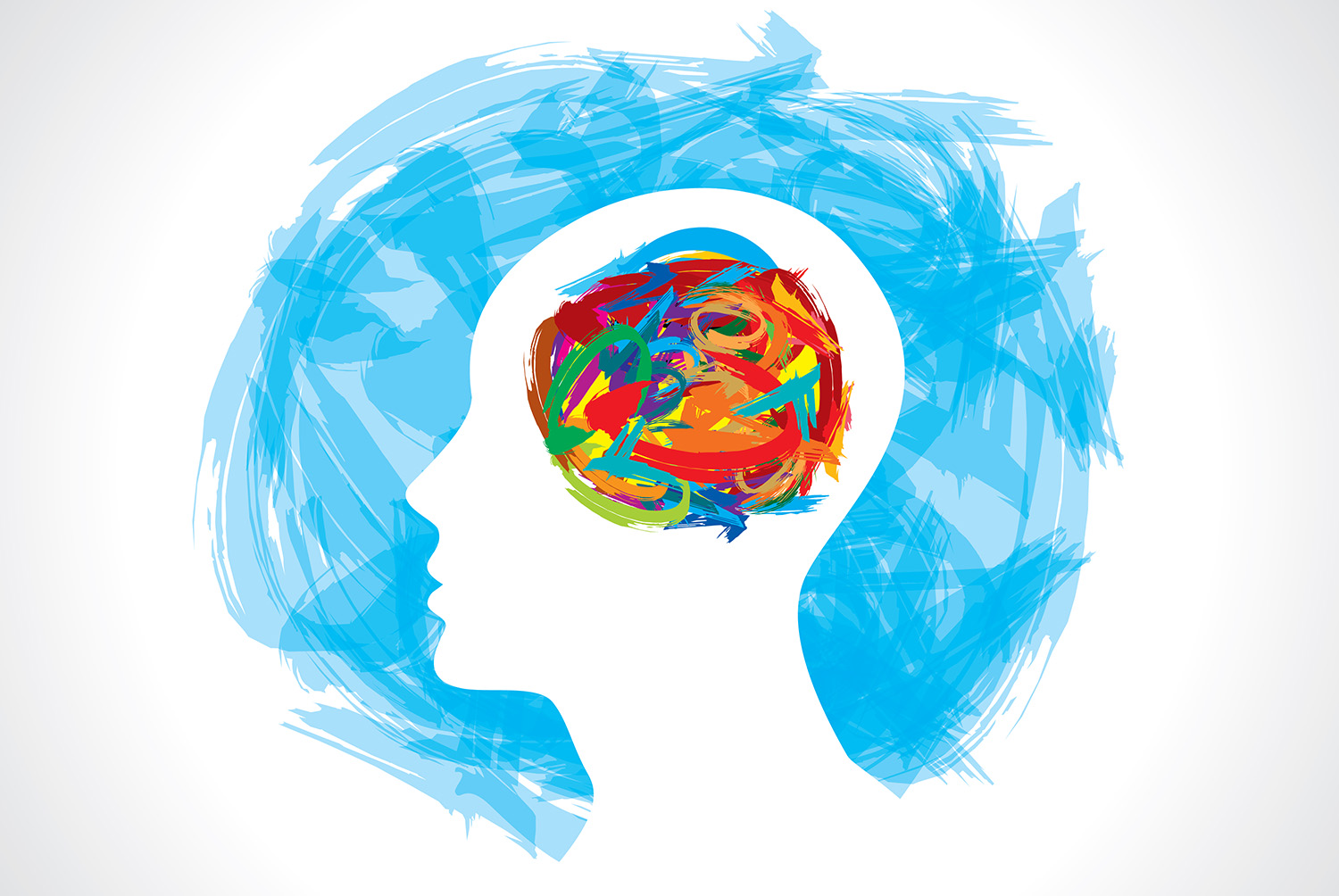 Today the voices in my head wanted to talk about something nice, a fond memory. Today they are letting me be happy. You know they are letting me think about the time when… wait no, they changed their mind. I’m back to wallowing in self-pity. Annoying right? Abrupt right? Fickle right? It’s way worse in my head. Believe me when I say that. Oh, now I remembered I had to go for my appointment with my therapist.

The thing with living with mental illness is that even on the good days you lose, it’s even harder on the good days because you know it’s an act that you put up and it just kills you a little bit to see that no one sees through it. Especially the ones you so desperately want to. It’s not their fault either. After all, you have the tough person act going on. Wrong move.

One of the main reasons I didn’t call a single person when I was going through the lowest, suckiest phase of my life is only because I didn’t want them to see that side of me. Too much of the ‘this is beneath me’ feeling. Fuck the strong person act. All I needed was a hug. I needed someone to hug me tight and be like it’s okay. It’s going to be okay. You’ll get through it. I knew I would even if the voices in my head thought and made me believe otherwise, I knew I had it in me to get over it. But that day and all the days surrounding it, I let the voices win. For me, it was me against the voices and the world. I didn’t even stand a chance. I was wrong.

So one such night when I was wallowing in self-pity and was curled up in a corner of the room, which was pitch dark btw. My entire house was such and who would I even switch on the lights for? There wasn’t a single person in the house other than me and for me, darkness was an old friend. And right then a friend came to meet me. He saw me, he saw how I was and right away took me out. How much I needed that! More than anything else.

Chapter Four: The Self-Pity Mode And Wallowing With The Voices 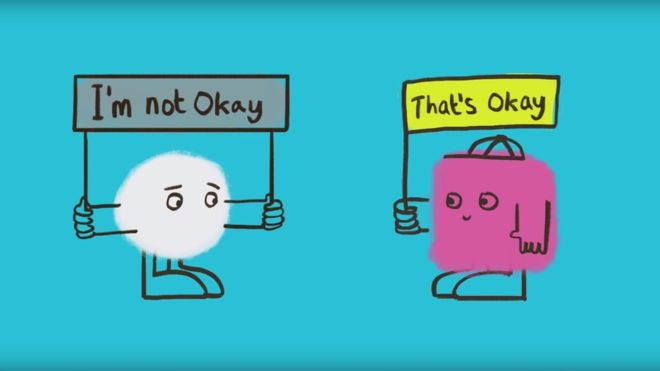 Our outing was to a temple. I’m not big on religion or even spirituality but that one visit to the temple got some kinda calmness in me. It was raining that day. Which made it all the better. Something that I was in dire need of. I’m still not big on either of them. Nor will I ever be.

The night, the outing and the dinner is one of the reasons why I got out of the rut I put myself in. The wallowing in self-pity lessened. Other than that outing the only times I got out was to meet my therapist and to get pills and the malt beverage.

Therapy as a profession is so frowned upon. Yes, I get it, with therapy people want immediate results and when they don’t get it, they believe it to be a money-making strategy and throw therapists in the same category as a fortune teller. Oh, one more person asking a psychology student to read their mind is going to get a punch in their stupid face. It’s NOT the same thing. It’s like apples and oranges.

So yes, the night. Oh, what’s with mental illness and nights? Does nothing happen during the day? The night, I’ll forever be thankful to that friend who took me out for dinner. Thank you. I love you. Maybe a lot what I went through, I called it upon myself. But, that’s not what I wanted. It was the exact opposite. Maybe there’s no wrong person here but in my head and in my life I was my own worst enemy. It wasn’t easy and when I was busy being my own enemy, who is hell-bent on ruining everything I cherished so much, all I wanted is for you to be there. This is something no amount of empathy or sympathy can measure. It’s something you will only feel when you go through it. Something I wish no one goes through. Not even you.

It’s not that I liked putting myself through that and it may seem like I voluntarily did that to myself and maybe it’s true too. That’s debatable. But one thing I learned out of all that is, no one’s going to be your hero; there’s no Prince Charming, there’s no Knight in the shining armour. There’s no parent or a sibling or even a best friend who can get you out of it, unless you, yourself decide to get out of it. And once you do, there’s no looking back. Even if you get out of it and have a relapse, you know you did it once you can get through it again. Give the mental illness a sucker punch in the face and be like. You’re better than what the mental illness reduces you to be.

Chapter Six: The Voices Don’t Define You Or Your Being

Mental illness makes you, your own worst enemy. Even psychotic killers are in no comparison to what your own head can do to you. But rise above it. Because your mental illness doesn’t define you, you define it. The voices in your head aren’t real. Even if they are real, their opinion isn’t your reality.

Coming back to the meet. It was ‘our goodbye’. Was it really though? Our goodbye wasn’t cordial of course. Chutiye tu nahi main hoon. Apologies from either side aren’t going to be genuine. Not right away at least. Maybe someday later in life, it will be. I have already had to give forgiveness to one apology I will never ever get. This is the other one for completely different reasons of course.

Episode One: [VoxSpace Originals] LoveSick – You Had Me

Episode Two: [VoxSpace Originals] LoveSick – The NOT So Lonely Night

3,209 thoughts on “[VoxSpace Originals] LoveSick – Final Episode : The Voices In My Head Will Never Win. I won’t Let Them”